August 27th brought a lot of big news in the European football, as the UEFA not only announced the winners of their inaugural Goal and Save of the Season Awards, but also the victor of the 2014 2015 Best Player in Europe Award. In the midst of all the awards and celebrations, the day also saw the 2015 - 2016 Champions League group stage draw.

The tournament-which will host its first matches on September 15th-will start out with 32 teams, competing across eight groups of four. By next May, only one of those teams will be left standing. But which football club is the chosen one this season? Which soccer squads have an easy path to the round of 16, and which ones will have to work to reach the knockouts? Read on for our kneejerk reaction at the group stage draw.

Just like with any Champions League group stage draws, there are a few groups in this year's football tournament that already look like foregone conclusions.

The first of these is the first group of the entire event: Group A. Comprised of Paris Saint Germain, Real Madrid, Shakhtar Donetsk, and Malmo FF, this bunch is clearly tilted in favor of the first two teams. PSG have made it to the quarterfinals in each of the last three seasons, while Real haven't been absent from a UCL knockout stage since 1996 1997. Add the fact that Shakhtar Donetsk lost their biggest star this summer-Luiz Adriano, who scored nine goals in the group stage of last year's Champions League-and Paris and Madrid seem like even clearer locks.

Group F also seems like an easy call. Featuring Bayern Munich, Arsenal, Greece's Olympiacos, and Croatia's Dynamo Zagreb, the top two football clubs are easily picked out here. Both Bayern and Arsenal have kept very solid track records in the UCL over the past decade or so, with Munich winning the title as recently as 2013. Don't expect either soccer club to start missing the knockouts this year.

Every Champions League also sees a number of tough draws, and there are numerous contenders this year for the infamous "group of death" title. 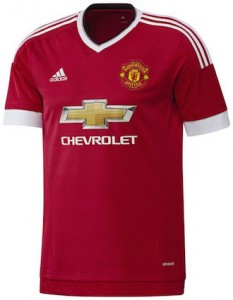 Probably the toughest groups out of this year's UEFA draw are B and C. The former include Dutch champs PSV Eindhoven, an improving Manchester United, Russian runners-up CSKA Moscow, and German runners-up (and DFB Pokal winners) VfL Wolfsburg. This lineup is something of a wildcard, and any of the four teams could be in one of the top spots when all is said and done. Ironically, CSKA Moscow are likely the weak link, despite being the only team here that actually competed in the 2014 2015 UCL.

Group C, meanwhile, includes Italian victors (and recent Champions League runners-up) Juventus, Premier League runners-up Manchester City, reigning Europa League winners Sevilla, and German third-placers Borussia Monchengladbach. This lineup isn't quite as unpredictable as Group B, with Juventus and Man City being the favorites to advance. With that said, Sevilla may be ready for a new challenge, and Borussia Monchengladbach aren't a team we've seen much of on the UCL stage before: both could be dark horses.

Which soccer clubs do you think are headed to the knockout stages of the 2015 2016 UEFA Champions League? When the tournament comes to a close next spring, will we see the wearers of the Barcelona jersey 2015 - 2016 at the top of the podium once more? Share your thoughts and predictions by connecting with Soccer Box on social media and linking up with other fans! You can find us on multiple social networks including Facebook, Twitter, and Instagram.