Ferencvaros are the most successful team in Hungarian soccer, having won the Hungarian League title 28 times since the division's inception in 1901. However, in spite of the dominance that Ferencvaros have enjoyed in the league, historically, they haven't been very "dominant" in recent years. Indeed, it's now been 11 years since the Green Eagles hoisted the top-flight national championship trophy, ceding victories in the past few years to everyone from Videoton (the 2014 2015 victors) to Gyor (the winners in 2013). We take a look at the 2015 - 2016 Hungarian league and ask can Ferencvaros reclaim the top-spot?

The past decade of Hungarian football has been ruled by Debrecen, a club that won their first title in 2005 (one year after Ferencvaros won their last). Since then, Debrecen has gone on to win six additional Hungarian national soccer titles-including consecutive wins in 2006 and 2007 (and then again in 2009 and 2010), as well as recent victories in 2012 and 2014.

Off to the Great Start

None of that information has seemed to daunt Ferencvaros in the opening weeks of the 2015 2016 Hungarian League, however. On the contrary, the Green Eagles donned the Ferencvaros home shirt 2015 2016 as a team defending the title instead of one looking to return to the top of the podium after more than a decade-long drought.

Now, after enjoying a near-perfect five-week run to start the new season, Ferencvaros football fans are wondering if this could be the season to end that lengthy drought.

The Green Eagles have been playing like champions. Star player Daniel Bode scored six goals for the soccer club in the first five games-twice as many scores as any other footballer in the league. The club, as a whole, won their first five games with 12 goals scored and only two allowed, leading to a 15-point, +10 goal difference ranking on the Hungarian League table.

That's five points and six goals better than what any other club managed in the first month of the season. In comparison, Videoton lost four of their first five matches and clearly won't be defending their title this season, while even Debrecen only escaped month one with a pair of wins and eight points in the standings.

Bottom line, things are looking pretty good right now if you're a Ferencvaros fan-though, of course, there are still 25 play weeks separating the Green Eagles from their long-awaited 29th title.

The failure at Ferencvaros to win a Hungarian League title since 2004 goes deeper than just a decline in talent. In fact, in 2004 2005, the Green Eagles nearly managed to defend their title, finishing as 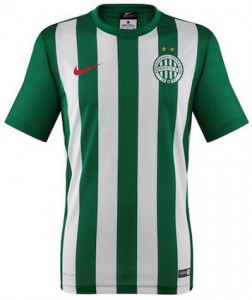 runners-up six points behind Deprecen. It would have been difficult to predict that the soccer club was about to implode.

In the 2005 2006 Hungarian League, though, Ferencvaros dipped from second to sixth, their tally of wins down seven games from where it had been the year before. To add insult to injury, the Hungarian Football Federation decide to punish Ferencvaros for their financial difficulties with a relegation to the second tier of the Hungary football season. The Green Eagles appealed and ultimately won the case, with the relegation ruled illegal, but the damage had been done, and Ferencvaros had to play in the lower league.

It wasn't until the 2008 2009 season that the Green Eagles managed to win promotion back into the Hungarian League. Their first year back in the top-flight resulted in a seventh place finish, but 2010 2011 saw the team clinching a third-place spot. After several more years of ping-ponging up and down the table (11th place in 2012, fifth in 2013, third in 2014), the Green Eagles finally landed in the runner-up position in 2015, for the first time in a decade.

Needless to say, it's been a long road back to prominence for Ferencvaros, following their unfair and unethical relegation to the second division. Now, though, it looks like the Green Eagles might finally have the talent, the momentum, the resources, and the drive to reclaim the Hungarian League title. Root for the football squad today, with a new Ferencvaros shirt 2015 2016 from Soccer Box!