What Made Michel Platini So Influential in the Football World

Taking on three significant roles in the football world, Platini has had a great impact on the sport. Therefore, within this article we are going to explore the various stages of his career. From player to manager to UEFA board member, we will look into the details of these milestones in his career. Along with this we will also explore his entrance into soccer along with his achievements on and off the field. So continue reading if you want to find out more about this infamous French star.

His Career on the Pitch 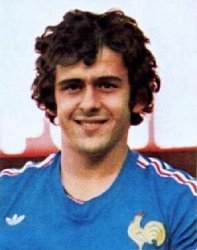 During 1955, Michel Francois Platini was born in Joeuf to parents with Italian ancestry. His greatest soccer influence came from his father – Aldo, who was a professional player for a number of years.

And with this influence, Michel began his journey into the soccer world by playing for AS Nancy, which his father directed for a long time.

Throughout his youth career in football there were many setbacks, from poor performance in the 1969 young footballer’s competition to breathing difficulties causing him to be left on the bench. Therefore, from 1972 he was playing for the reserve team at Nancy but still made a considerable impact. One of these great moments was when he scored a hat-trick against Wittelsheim.  And because of this, and a number of other impressive achievements on the reserve team, he finally made it to the first team.

A few years after this, when he helped to get Nancy into the Ligue 1 tournament, he was on the pitch less and less due to his other commitments with the military. But after a successful stint in the 1976 Montreal Olympics he was presented with the two year contract which turned out to be his first ever professional agreement.

In 1979 he then moved to Saint-Etienne and only played with them for 3 seasons before joining Juventus. During time with Saint-Etienne his successes were fluctuating considerably. But when he transferred to Juventus he was given the number 10 jersey after Liam Brady left the squad. The switch from playing in the French league to Italian soccer left Platini feeling like a fish out of water. However, with his impact on the other team mates they helped to switch tactics and turn their fortunes around in the league table.

With Juventus, Platini saw a number of great achievements with the squad. And one of these was the fact that they were able to win the Coppa Italia then go onto winning the Serie A twice. We will look into his awards and honours over his full career further below.

But in terms of his international career, he played for the junior French national team and made his first appearance in 1973. However, in 1975 he started in the military which meant that his soccer career took a back seat at the time. Although, he wasn’t out of the running for long, in 1976 he played in the Olympics at Montreal and took part in the 1978 tournament in Argentina too.

His most impressive season with the French national team was in 1984. Within that tournament he captained the squad through the Euros which took part in their home country. And finally, he participated in the World Cup in 1986 and the Euros in 1987 before he retired.

Throughout his career he acquired a large number of goals with each team and these are listed below:

Across his career, Platini has both played on and off the pitch which has enabled him to accumulate a number of awards and trophies. Below we have explored these significant achievements and separated them into his soccer awards and honours for his off-pitch duties. Therefore, if you look below you can see the dates in which these were acquired along with the team he played with at the time. And even for some of these he has achieved the same honour more than once.

What made him such a stand-out player amongst many professional athletes was his technique which was outstanding. This led him to be known as the greatest soccer player of all time. His specialities were free kicks and penalties, but he still shone in all aspects of the game. He was fast and a nimble navigator when it came to dodging the opposition but remained elegant and intelligent too. This made him the perfect offensive midfielder who would also be a fantastic play-maker. Therefore, he was able to inform the rest of his squad on multiple ways of attack and defence to make them invincible and his creativity with moves were second to none.

This technique and unique ability meant that he was able to transition from play-maker to coach seamlessly. And this is what made him such an asset in a number of roles. Despite him being a midfielder he was the go-to guy when it came to goal scoring, tricky shots or a penalty advantage, he was the one to assign the role to. This was because his accuracy was terrific.

Leaving the Pitch to Become a Coach

After many years being a successful football player, Platini took up a coach position in 1998. Replacing Henri Michel, he became coach of the French national soccer team. And because of Platini’s impressive impact on the team, they were able to qualify for the 1992 Euro Championships and won all of their group stage matches. This then made them the favourite to win the tournament, which was a considerable difference to how they performed previously. Under the management of Henri the French national team drew 1-1 with Cyprus during the 1990 World Cup qualifier which meant that they never made it into those games. And this is why Platini was such a positive influence on the squad and fans as he gave them someone to believe in.

During this time with the France squad, he was awarded the title of Manager of the Year at the World Soccer Awards. But unfortunately, his time with the team was short lived. As after a number of the matches not turning out as desired and they were eliminated from the tournament, he resigned as coach.

His New Position with UEFA

After his time being a coach, Platini transitioned into a different career path within football. This new venture was becoming a member of the UEFA board. In 1998 Michel was on the organizing committee for that year’s World Cup which was due to be held in France. He also was part of the UEFA Technical Development Committee for 2 years after his participation in the World Cup prep. And since then he had become a member of the FIFA Executive Committee from 2002 onwards. But these titles were not enough, he then joined the UEFA and FIFA football administration in 2006. As well as these impressive job titles, he also was a vice-president of the FFF (French Football Federation).

In 2006 Michel ran for the UEFA presidency and was awarded the position after defeating Lennart Johansson in 2007. One of the policies he backed with this presidency was called 6+5. This meant that the top flight teams in Europe would need to have at least 6 home-grown players and no more than five foreign players in order to be able to play in the Euro leagues. Along with this there were also polices of wage caps and transfer spending budgets which he backed in order to aim to make the competition fair.

Another one of these ideas he backed but has yet to be acted upon was that of reducing the number of Serie A, La Liga and Premier League squads participating in the UEFA Champions League. They would be reduced to three instead of four which would mean that other teams from different countries would get the opportunity to take part. However, other means were taken to introduce more clubs into the league without relegating any of the big teams.

However, his time on the board came to an abrupt end after he was barred from the sport until 2023 after allegations of ethical violations.

Was Platini a Good Influence in Soccer?

Throughout this blog post we have taken a look into Michel Platini’s successful career as both a football player and board member of UEFA. However, now we want to know your opinions on this character. Do you think he shone the most on or off the pitch? Or do you think the migration between roles were him going from strength to strength? Let us know your thoughts over on social media where we can talk all things football.

You can also take a look at our array of football shirts over at Soccer Box and pick up a new top adorned with your beloved teams’ crest. From purchasing the recent designs of kits donned by Michel Platini himself or clubs worldwide, shop today!