With the football season well underway AFC Ajax lead the 2015 - 2016 Eredivisie, but can they stay there? A year ago, AFC Ajax were in pursuit of something that is hitherto unprecedented in the Dutch Eredivisie. 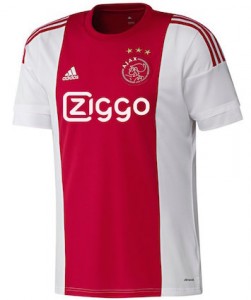 Specifically, the Lancers were gunning for a fifth consecutive league title. In the history of Dutch football, several football clubs have won four championship titles in a row. HVV tallied four around the turn of the 20th century, while PSV Eindhoven did it twice-first in the late 1980s, and then again in the mid-2000s. In all three cases, the winning streaks broke in the fifth season, and the same prove true for the Lancers as they aimed for their five-titles-in-a-row run.

The team that shattered the impressive soccer streak for AFC Ajax was PSV Eindhoven, and they did so decisively. Indeed, in the final league standings, the Lancers had 71 points, and PSV's Peasants had 88. Ajax, in other words, weren't even particularly close to securing a fifth straight title. In fact, other than after week one-when Ajax beat Vitesse 4-1 at home-the Lancers didn't a glimpse of the top spot all season.

A New Dawn for AFC Ajax

Fast forward to now, and AFC Ajax are the clear frontrunners to take the Eredivisie title in 2015 2016. Again, the Lancers leaped into first place after the first week of play, where they donned the Ajax away shirt 2015 2016 for a big 3-0 win at AZ. The football club have enjoyed a nearly perfect record since then, with wins against Willem II (3-0), NEC (2-0), ADO Den Haag (4-0), and Excelsior (2-0) keeping them on top. Only a 2-2 draw with Twente has slowed Ajax down so far.

In fact, Depay's departure seems to have put PSV Eindhoven in a tough spot during the opening weeks of the 2015 2016 season. Whereas Ajax have managed five wins, one draw, and zero losses-for a first-place point total of 16-the Peasants aren't even in second place at the moment.

On the contrary, the second place position on the Eredivisie standings table currently belongs to Heracles, who are only one point back from Ajax. PSV, meanwhile, are a distant fifth, with just 11 points to their name. They've won three, drawn two, and lost one. Most of their goals, meanwhile, came from a single soccer match against Cambuur, which they won 6-0.

It's possible that PSV Eindhoven are just adjusting to life 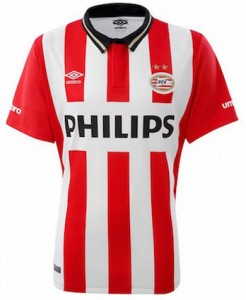 without Depay and will bounce back in the next week or two. After all, Depay scored roughly a quarter of PSV's goals last season and led the league in goals with 22. Luckily for Eindhoven, they also had the soccer league's second most prolific scorer last season (Luuk de Jong, with 20), and he is back this season. More than that, de Jong is doing well: he's in second place for league goals this season with six-just behind El Ghazi.

PSV's bigger problem right now might be the fact that goalkeeper Jeroen Zoet has only managed two clean sheets in six games. Ajax have only scored one more goal than Eindhoven this season (16 versus 15) but are five points ahead in goal difference (+14 versus +9) and five points ahead in the standings. With Memphis Depay out of the picture, PSV will need better defense and goalkeeping to defend their title. Otherwise, this football season will belong to Ajax.