Currently ranked first and second in the 19/20 Eredivisie, at the weekend we see Ajax and AZ Alkmaar go head to head for their second time in the tournament. With anticipation of this upcoming fixture, we have put this article together covering each team’s current performance in the league and how they compare to one another. So, if you want to find out more about Ajax and Alkmaar ahead of their weekend fixture, then keep on reading. 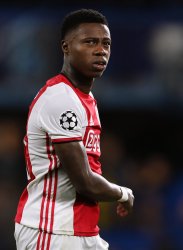 Ajax’s Current Performance in the 19/20 Eredivisie

Currently in first place in the 19/20 Eredivisie table, first we are going to look into the current and historic performance of Ajax in their domestic league. In the bullet points below we have explored the results of their past five matches this season in order to see if there are any apparent trends which could give an indication to us of their form at the moment:

Ajax has won 3 out of 5 of their most recent matches in 19/20 with only two losses. In the breakdown above we can see that their strongest win was against RKC Waalwijk where they scored 3-0 and their weakest match was against Heracles where they failed to score at all.

But if we look at their overall performance from the 19/20 season, we can see that their performance is relatively strong. Out of the 23 games which they have played they have netted 65 goals in total, winning 17 of their fixtures. As well as these 17 wins, they have lost 4 times and only drawn twice. These stats have earned them first place in the Eredivisie at the moment, but AZ Alkmaar is nipping at their heels with only three points separating first and second.

Next, we are going to look at how Ajax has performed throughout their participation in their domestic league. Below we have broken down their total league wins along with how they performed last season:

Above we can see that Ajax have been considerably successful in the Eredivisie as they have won it 34 times with their most recent win being 18/19. Helping to secure their win in 18/19 the club netted a total of 115 goals, and with Ajax being on 65 goals at the moment with 10 games to go, could they top this record, or could this be the time that we see them slip? Showcase your support for your favourite team today by donning the Ajax kit and cheer them on this season on their quest to maintain first place. 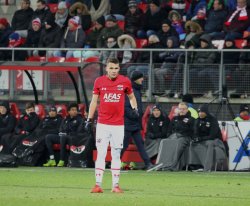 Above we have seen how Ajax has been performing, but now we are going to look at the stats of AZ Alkmaar who are currently in second place in the 19/20 Eredivisie – only three points behind Ajax. Below we have included the results of the past five matches which AZ Alkmaar have played this season to see if we can spot any trends or notice and strengths in their performance:

Out of their past five matches AZ Alkmaar has won three of them and lost two which is the same stats outcome as Ajax which means that their performance at the moment could be quite similar. Looking at their stats above, their most impressive win was against RKC Waalwijk where they scored 4 goals and their most disappointing result out of the past five games was their 0-2 loss to Twente.

Overall in the 19/20 Eredivisie AZ Alkmaar has scored 48 goals in total. These goals were acquired during the 23 matches that they have played so far this season. Out of these 23 games they have won 16 of them but lost 5 and drawn twice.

With these recent results in mind we are now going to look at the historic performance of AZ Alkmaar in the Eredivisie. Below is a breakdown of their achievements in the league along with their ranking last season:

Despite their wins being far behind them, their result of fourth place in the 18/19 season and current 2nd place in the 19/20 season could be an indicator that they could be looking for a higher position this season. During the 18/19 season AZ Alkmaar finished the season with 64 goals in total and with their 48 goals at the moment and 10 matches to go, this could turn out to be their strongest season yet. Pledge allegiance to your favourite side this season by ordering the AZ Alkmaar kit and donning it during their upcoming fixtures as they strive for first place.

Top Players from Alkmaar and Ajax

Above we have looked into the overall performance of AZ Alkmaar and Ajax in this season’s Eredivisie. But contributing to their successes are the players. So, within this part of the blog post we are going to acknowledge the key players from both sides.

In the current season’s rankings Myron Boadu is ranked third in the league for his total of goals with teammate Oussama Idrissi behind him in fifth place. The top scorer for Ajax is Quincy Promes who is tied 6th place only a few goals behind those from AZ Alkmaar. And finally, despite being ranked 11th for his goals, Dusan Tadic has a strong assist rate of 14 which is higher than any of the players from AZ Alkmaar.

So far in this blog post we have looked into how AZ Alkmaar and Ajax have been performing in the league on a whole, but now we are going to explore their head to head matches to see how they compare. By looking into their past five Eredivisie head to heads we are able to identify any trends in their performance to see if we can predict who will be the stronger side this weekend. Here is a breakdown of each match they have played against one another in the Eredivisie over the past three seasons:

As we can see above, AZ Alkmaar seems to be the stronger competitor in recent games as they have won 1-0 twice. However, prior to this it is apparent that Ajax was the stronger side as they consistently beat AZ Alkmaar over the past two seasons. The biggest victory Ajax has ever had over Alkmaar is during the 18/19 season where they won 5-0. Looking at these statistics Alkmaar has been more successful in their head to heads in recent matches, however historically Ajax has been the stronger team. As a result of this, for our prediction this weekend’s match could really go either way. But going by their last match together in the league, we could see Alkmaar win again or even Ajax could claw their winning streak back from them.

Who Do You Think Will Win?

Throughout this blog post we have looked into the previous and current performance of both Ajax and AZ Alkmaar ahead of their game this weekend. With all of this information in mind, do you have a prediction on who you think will win the match? Let us know over on our social media pages today and don’t forget that you can also pickup the Ajax home shirt and AZ Alkmaar kit on our online store Soccer Box and pledge your allegiance to your favourite side with ease this weekend.