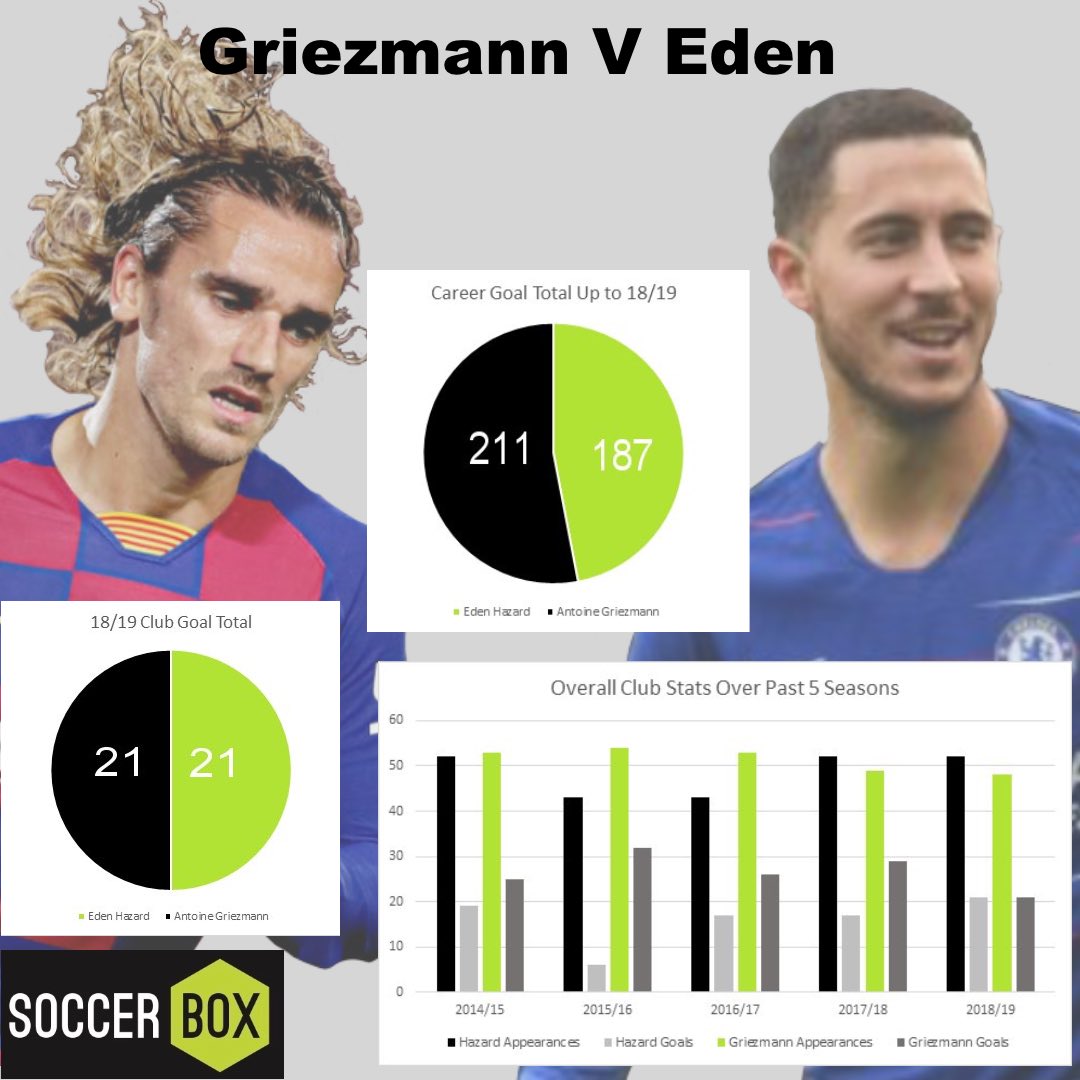 Within this blog post we are going to explore the current and previous performance on the pitch by Griezmann and Hazard. Both currently playing in rival squads in the La Liga, previously these key players have taken part in different leagues. Therefore, in this article we are going to see how they fared previously with an update coming shortly to how they are coping in the same league. So, if you want to find out more about Griezmann and Hazard, then keep on reading.

To begin with we are going to look into how Antoine Griezmann has performed during the 18/19 season playing in the La Liga tournament for Atletico Madrid. At the beginning of 19/20 Griezmann transferred to Barcelona, so we will explore his stats at the end of the season with his new club to see if there is a change. Below is the breakdown of his performance for Atletico Madrid:

Above we can see that Griezmann has managed to net 15 goals for Atletico Madrid out of his 37 appearances in the 18/19 La Liga. As well as these 15 goals, he also successfully carried out 8 assists too. Griezmann did not managed to secure more than one goal in a match apart from the one against Valladolid whereby one of the two goals were a penalty.

Next, we are going to analyze the performance of Hazard in the 18/19 Premier League before he made the move to Real Madrid in 19/20. Below is a list of the goals scored by 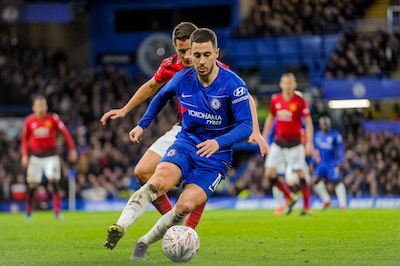 Hazard for Chelsea during 18/19 and we will be shortly updating the article with a look at the latest stats to identify any changes.

Hazard managed to net 16 goals for Chelsea during the 18/19 Premier League which is a single goal more than Griezmann. As well as this, he also made 15 successful assists too. His strongest matches were against West Ham and Cardiff City. In the match against Cardiff City Hazard netted three goals with one of these being a penalty and against West Ham he scored twice.

As well as playing for their respective clubs, Griezmann and Hazard also represent their national teams. Both players have made an appearance recently for their national sides which means that we can also investigate their performance on a national level. National competitions often come with a higher amount of pressure as it’s not just your club you are representing, but your nation and where you come from. As a result of this, the results from national competitions for players often differs greatly to how they perform with their club. Below we have broken down the stats from the past two national competitions which Antoine and Eden played in: 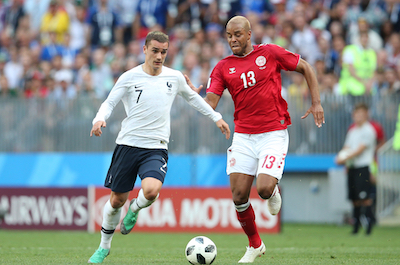 As we can see, there is only a slight difference between the two, with Griezmann slightly etching ahead with more goals and assists than Hazard. Taking these results into consideration, we are able to see how close these two players are in terms of statistics.

Above we have looked into their performance separately, however now we are going to compare how they have performed across the past five seasons. This would therefore give us a better idea for establishing similarities:

This is possibly the closest the two have ever been. With four appearances separating them, they both netted 21 goals each, but Hazard managed to acquire a substantially larger number of assists than Griezmann. Therefore, this could arguably be one of the most successful seasons for Hazard.

17/18 saw Hazard out for ankle surgery as well as spending some time with the U21s. As a result of this, he appeared 52 times for Chelsea, but managed to make 17 goals which is considerably less than that of Griezmann.

16/17 saw Hazard out on two occasions due to injury, therefore as he only appeared 43 times for Chelsea, he netted a total of 17 goals. This is much lower compared to Griezmann who scored 26 times with 10 extra appearances to Hazard.

2015/16 was a disappointing season for Hazard as he suffered a number of injuries which subsequently affected his performance. During 15/16 he only netted 6 goals out of his 43 appearances on the pitch whereas Griezmann scored 32 goals out of 54 appearances.

And finally, we have looked into how each player has performed when on the pitch against one another. As they played in different leagues during 2018/19, the only head to heads they have had were in national matches. But in 19/20 they are both in the same league, so this could be a good indicator on how they will fair this season. As we can see above, Hazard managed to assist twice in their head to heads, whereas Griezmann managed to score a goal.

Who Do You Think is the More Effective Winger?

Throughout this article we have looked across the careers of bother Antoine Griezmann and Eden Hazard to try to distinguish who is the stronger player. Who do you think is performing their best at the moment? Let us know your thoughts over on our social media pages. And don’t forget that you can also purchase the Real Madrid jersey and Barcelona shirt from our online store – Soccer Box so that you can cheer your idol on this season.