Arsene Wenger is well known for his impressive management of the Arsenal Premier League football team. However, did you know he used to play midfield and coach a number of other clubs beforehand? Within this article we are going to take a trip back through time and explore the soccer career of Arsene Wenger. So if you want to find out more about this football figurehead, then keep on reading. 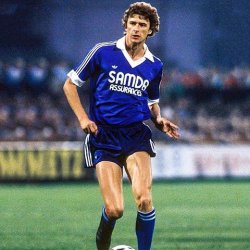 Arsene Wenger started his career on the pitch at around 6 years old where he was introduced to the world of football by his father. His dad was a manager of the local village team and he took Arsene to matches in Germany, where he took a liking to the team – Borussia Monchengladbach. Despite his dad being manager of the Duttlenheim team, Arsene did not become part of the team until he was 12 years old. He then made the club’s first team at 16 years old. However, during his youth years with the club, team-mates and training staff noticed that he wasn’t as fast paced on the pitch but made up for that with his ability to defend the ball and map out the pitch and opposition’s moves.

When he started with the first team, the club did not have a coach as the population of Duttlenheim was small; they were struggling to rally up numbers. Wenger stepped in and acted as coach to the first team to show the players some guidance when it comes to preparing for fixtures. A team-mate of his Claude said “Arsene wasn’t the captain, and yet he was. It was a ‘You do this, you do that, you do this, you do that.’ He was the leader.”.

After only three seasons with Duttlenheim, Arsene was recruited by Mutzig who played in the third division. Renowned for their impressive football technique and performance in the amateur league in Alsace, this club welcomes Wenger at 20 years old. However, this age was deemed too old to build a reputable playing career, plus he was destined to run his family’s spare parts business. But, with age on his side, he was still able to increase his knowledge of football from a tactical perspective which leads him onto starting his interest in a managerial position like his father.

In order to gain as much knowledge as possible on the tactical aspects of the game, he began to attend more matches and in France and Germany to study how the players attacked the game. He also enrolled at the Faculty of Economic and Management Sciences at the University of Strasbourg to enhance his studies in 1971. Two years after this he started with Mulhouse FC and tried to balance playing soccer with his studies and completed his economics degree in 1974.

While playing for Mulhouse he was inspired by the managerial techniques of Paul Frantz. Under his management he learnt more about the importance of nutrition, isometrics and enhancing player’s strengths. Frantz left the team in 1975, and so did Wenger as he transferred to ASPV Strasbourg. He helped them progress up a division and also spent his last two season’s with the club, running their reverse and youth teams.

Education wise, Arsene went on to study a three week English language course and in 1981 he was awarded with his manager’s diploma.

Here are the teams in which Wenger played for over his career as a midfielder:

His impressive technique managing the Strasbourg football club gained Wenger a lot of interest from team’s across France. In 1983 he joined the Cannes soccer club as an assistant to Jean-Marc Guillou. Wenger’s research and analysis of the performance and technique of the opposition helped lead Cannes to the quarter finals of the Coupe de France.

And after only 1 year with the club, he moved to Nancy with the new job role of manager. Nancy was in the Ligue 1 at the time and helping the team maintain their spot in the top flight league was going to be a challenge for Wenger. This was because the squad was of a sub-standard quality, and taking into account his budget for recruiting new players was very low. However, due to these limitations, he was able to be an asset to the team. During his first season with Nancy he employed a dietician to help instil a healthy mind-set towards eating for the team.

Finishing his first season in 12th place in Ligue 1, despite moving player’s positions from their comfort zones to the areas they would be more effective on the pitch. However the club went on to finish 18th in 1985/86 and then were relegated in 1986/87 to Ligue 2 after a 19th place end to the season. With the team being relegated, Wenger left the club and moved onto a new managerial position at Monaco in 1987.

In his first season with Monaco the squad finished top of the league but unfortunately they were unable to defend their title the year after finishing third behind Marseille and PSG. They finished third again the season after this but were able to gain second place in the European Cup Winners Cup in 1992. Adding to their near misses of trophies, in 1994 they were knocked out in the semi-finals of the 1994 Champions League. Wenger received interest from Bayern Munich during his time with Monaco, but decided to remain with the club before leaving late 1994.

Wenger didn’t wish to continue with the French clubs after a number of controversies came to light about oppositions and the league on a whole. This is why he decided to travel further afield for his next role and signed with Nagoya Grampus Eight. His managerial contract with the club was for two years and was worth 75m Yen a year.

When he joined Nagoya Grampus Eight the squad was lacking moral and underperforming which lea them to come bottom of the league the season before Wenger arrived. In response to the current situation of the team members, Arsene chose to alter his approach to managing the club by questioning their desire to be on the team. Following this he even organized a trip to Versailles during their season break to help work on the member’s morale. During their stay in Versailles they worked on rigorous and creative training routines to improve their communication and technique on the pitch.

Thanks to this training vacation, Nagoya Grampus Eight was able to win their next 17 games after losing their first 10. The newly inspired squad then went on to gain the runners up position in 1995. In the following season to this he aided the club into winning their first trophy when winning the Emperor’s Cup and then went on the win the Super Cup only a few months later. After seeing his impressive turn around with Nagoya Grampus Eight, Strasbourg enquired about seeing if he would return to the club but he rejected their offer as he already was receiving interest from Arsenal once his contract was up. 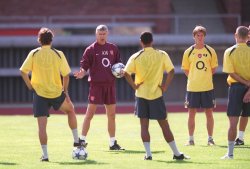 And finally the last soccer team Arsene Wenger managed was the Premier League team – Arsenal. In 1996 he left Nagoya Grampus Eight and started his journey with the English football club. During his first press conference in the UK Wenger said “The main reason for coming is that I love English football, the roots of the game are here. I like the spirit round the game and at Arsenal I like the spirit of the club and its potential.”

When he first started working with the Arsenal team he started with altering the alcohol intake of the players during days off. Originally he was rather relaxed with this and allowed them to have a pint, he soon forbid them from drinking when they were off. And after this he implemented a rule of no drinking casually all together.

Another change he made was to amend the food intake of the players. As a pre-match meal, he promoted the consumption of pasta and also encouraged the squad members to opt for boiled chicken instead of red meat and junk food. Along with this the players also were given the option of having vitamin injections and creatine which was supposed to help them with fatigue and stamina.

In his first season with Arsenal the club finished the Premier League in third place, thus missing out on qualification for the UEFA Champions League. And during their break before the next season, Arsene took the team to Austria where the members were rewarded with a night out for their intense training and performance during the season.

Under his management, Arsenal was able to secure three Premier League wins and seven FA Cup titles. Earning themselves the ‘Invincibles’ naming, Arsenal won 30 consecutive matches in the 2002 Premier League which was a new record in the English top flight league. This positively motivated the team to go on and win the season and many more trophies in the years to follow under Arsene Wenger’s skilful management.

Here is the breakdown of the time spent managing each football club mentioned above: 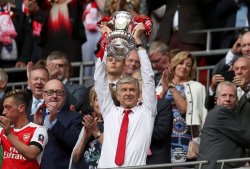 Throughout his long career as player and manager, Wenger has accumulated a range of trophies, awards and titles. See below for the breakdown of each of his achievements:

Was Arsene Wenger an Effective Manager?

Throughout this article we have taken an in depth look across the soccer career of Arsene Wenger and how he performed in his player and manager roles. Most football fans associate him with being the Arsenal manager, but do you favour him more when he was on the pitch himself? Let us know over on our social media pages where you can chat to us and like-minded soccer fans.

You can also shop our fantastic range of authentic replica Arsenal football shirts and sportswear to pledge allegiance to your favourite team and manager.