Athletic Club Bilbao have not won a La Liga title since clinching back-to-back titles in 1983 and 1984. Still, even though the Lions have not often been title contenders in recent years, they are still considered 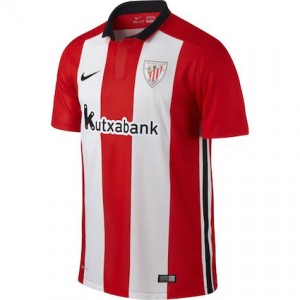 one of the greatest football clubs in Spanish history. They are one of only three Spanish soccer squads-the others being Real Madrid and Barcelona-that have never been relegated from the top-flight division, having participated in every La Liga season since the league's inception in 1929. Needless to say, most Lions fans believe adamantly that their soccer team's return to the top is coming-even if it's been over three decades since their last title. So we ask can Athletic Bilbao finish in the La Liga top 5 during the 2015 - 2016 season?

A year ago, it looked as if Athletic Bilbao might be mounting a return to the zenith of Spanish football. With a record of 20 wins, 10 draws, and eight losses, they finished fourth in the 2013 2014 La Liga. The team was still quite a fair distance outside of the top three-they won seven fewer matches than both Barcelona (second) and Real Madrid (third), and ended the season seven points behind both football clubs. But they were also a fair cut above the rest of the field, finishing seven points ahead of the fifth place squad (Sevilla), and notching a respectable goal difference of +27.

Unfortunately, the 2014 2015 season was not nearly as kind to the Lions. Their La Liga record for the year-of 15 wins, 10 draws, and 13 losses-wasn't bad, but was still a considerable step down from what they'd done the year before.

As a result of the weaker performance, Athletic Bilbao dipped 15 points in the standings and fell from fourth place to seventh place. Suddenly, hope of pushing back into the La Liga top three was a distant hope once again.

The good news is that fans in the Athletic Bilbao home shirt 2015 2016 still have reason to hope for good things during the forthcoming season. The Lions reached the finals of the Copa del Rey last season, beating out the likes of Celta Vigo, Malaga, and Espanyol to get there. They even managed to score a goal against the almighty Barcelona in the championship match-though they ultimately still lost the game 1-3.

The bad news is that the 2014 2015 campaign highlighted some major offensive shortcomings that Athletic Bilbao will have to address if they are going to have a shot at getting back into the La Liga top five in 2015 2016.

In 2013 2014, Bilbao landed in fourth largely because they had a strong goal difference. With 66 goals scored, and only 39 allowed, the Lions had one of the stronger offenses in league and one of the very best defenses. Indeed, that season, Bilbao only allowed one more goal than Real Madrid, and only six more than Barcelona.

The problem was that Athletic Bilbao didn't have the offensive talent to rival Atletico Madrid, Barcelona, or Real Madrid. Barcelona and Real pushed into the top three almost on the strength of Lionel Messi and Cristiano Ronaldo alone, while Atletico Madrid got there by having a better defense than any other team in the league.

Bilbao's success, meanwhile, came from having a number of dependable offensive players. Striker Aritz Anduriz scored 16 goals to land at sixth place on the league's top goal scorers table, but the Lions also had three other scorers in the top 50 (Ibai Gomez with eight goals, Iker Muniain with seven, and Markel Susaeta with six) to put together a strong offense.

In other words, if Bilbao is going to get back into La Liga's top five, they are going to need to find some new offensive talent. Gomez, Muniain, and Susaeta all seemed to lose their mojo in 2014 2015, only scoring one or two goals apiece instead of six, seven, or eight. Furthermore, Anduriz is aging (he's 34 right now)-meaning that the Lions will need a new leading striker soon anyway.

What will the summer 2014 2015 transfer window bring to San Mames Stadium? Will the Athletic Bilbao shirt for 2015 2016 herald a new era of victories for the Lions? Or will they need a few years of rebuilding and rejiggering before they can be back into the La Liga top five? Connect with Soccer Box on social media and let us know your thoughts! You can find us on many popular social networks including Twitter, Instagram, and LinkedIn.