Two games into the Champions League group stage, Bayern Munich are potential tournament frontrunners. That's not just because they've performed well, either, though they certainly have. The Bavarians clinched their second UCL win of the fall on Tuesday, September 29th, crushing Dinamo Zagreb in a peerless 5-0 master class. In addition to their strong play in Champions League 2015 - 2016 Group F, Bayern Munich could benefit from the fact that Barcelona, the reigning UCL champs, will be playing without Lionel Messi for the next two months.

Assessing the Other Prospects

Of those four clubs, both Chelsea and Barcelona have had surprisingly slow starts in the 2015 2016 Champions League. Barca, a member of Group E, settled for a draw in the first match of the tournament, tying Roma 1-1 even though Messi was still in good health at that point. And while Barcelona managed a win in game two, despite the absence of their biggest star, they had to come from behind to beat Bayer Leverkusen. In other words, they haven't been playing like a frontrunner team so far this tournament.

As for Chelsea, they've mirrored a poor Premier League start with a lukewarm UCL kickoff. While the Blues won big in their first match of the group stage (4-0 against Maccabi Tel Aviv), they lost 1-2 to Porto in game two. They're now in third place in Group G, trailing both Porto and Dynamo Kyiv.

A Strong Start for Bayern Munich

Bayern Munich, meanwhile, are playing precisely as you would expect a tournament frontrunner to play. The Bavarians have surged through the earliest contest in UCL Group F, beating Olympiacos 3-0 on September 16th, and closing out the month with their 5-0 blowout against Zagreb.

The latter match gave fans in the Bayern Munich home shirt 2015 2016 plenty to cheer about, as Bayern thrilled home audiences at Allianz Arena with 76% possession and double-digit shots on goal. Robert Lewandowski was the star of the game, netting the second hat trick of the tournament (after Real's Cristiano Ronaldo). But first-half goals from Douglas Costa and Mario Gotze were also clutch and were enough to make Bayern the highest-scoring team in the soccer tournament so far.

The good news for Dinamo Zagreb and Olympiacos is that, despite their huge losses to Bayern Munich, neither soccer club is ranking at the bottom of Group F right now. That title goes to Arsenal. The British football organization looked poised for a great season this year, following a third-place finish in the 2014 2015 Premier League and victories in England's FA Cup and FA Community Shield events. Unfortunately, it seems the Gunners might not even make it as far into this season's Champions League tournament as they did last year when they lost to Monaco in the round of 16.

Indeed, Arsenal have looked sloppy and sluggish in their first two UCL matches, losing 1-2 to Zagreb in mid-September, and closing out the month with a 2-3 loss against Olympiacos. To add insult to injury, the Gunners lost the second game at home, and couldn't even muster a second-half equalizer despite dominating in both possession and shots on goal. 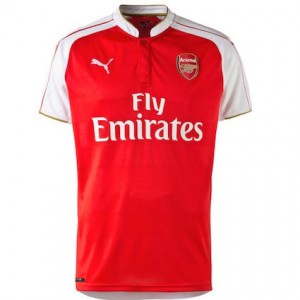 The two losses leave Arsenal at the bottom of Group F with zero points. Olympiacos and Zagreb each have three points, with the former football club currently occupying second place thanks to superior goal difference. Bayern Munich, meanwhile, are alone at the top, with six points.

What do you think about the standings in Group F? Can Arsenal still turn things around and qualify for the round of 16, as manager Arsene Wenger says they can? Will Olympiacos or Dynamo Zagreb score a surprise spot in the knockouts? And is it appropriate to label Bayern Munich as Champions League frontrunners this early on in the tournament? At Soccer Box, we want to hear your thoughts! Link up with us on social media to talk football and follow along with the ongoing action in the UCL group stage. You can find us on Facebook, Pinterest and LinkedIn as well as other popular social networking platforms.