At the weekend Chelsea and Tottenham Hotspur go head to head for the second time in the Premier League season for 2019/20. In anticipation of this match, we have put this article together where we investigate the recent and historic performance of both sides to see if there is a predicted clear winner. So, if you want to find out more about how Chelsea and Spurs have been doing this season, then keep on reading. 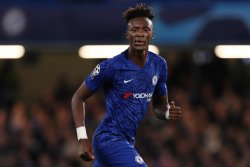 To begin with we are going to look into how Chelsea has been performing in the 19/20 Premier League. Below we have explored their past five matches to give us a better idea on how they are coping this season:

In the above statistics we can see that Chelsea is not on their best of form at the moment. With them only winning 1 match out of the past 5 games, they appear to be struggling. Out of these five matches they have lost two and drawn three, however their overall stats for the season look promising compared to their performance currently. Since the beginning of the 19/20 season up until now they have 12 wins, 9 losses and 5 draws in total.

As we have looked into their current performance, we are going to look into their previous achievements in the Premier League to see if we can spot any trends. Here is a list of all of the winner trophies Chelsea has lifted in the league:

Having yet to win a trophy since 16/17 this could mean that Chelsea could be motivated enough to strive for a win as they are currently a single point above Spurs putting them in fourth place. Between their last triumph and this recent season, they have landed in the following places at the end of the season:

As a result of these previous results, could we expect to see Chelsea rise up in the ranks through the 19/20 season? With only 12 matches left in the season, it could all change. Pledge allegiance to your idols this season by donning the official Chelsea kit with pride. 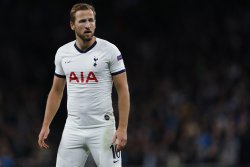 Above we have looked into the current performance of Chelsea, but in this part of the blog post we are going to see how Tottenham Hotspur have been performing this season. Currently Spurs are ranked 5th in the league with Chelsea only 1 point ahead of them. Therefore, this upcoming match could prove to be crucial for either side. Here is the breakdown of the past five matches which Tottenham Hotspur have played in the 19/20 season:

As we can see from this breakdown, Spurs has done well so far in the Premier League and have won 3 out of the 5 last matches with 1 loss and 1 draw. Looking across their entire performance from the season they have won 11 out of 26 matches so far with their loss and draw results accounting for over half of their stats. As a result of this, Spurs seem to be struggling to secure a strong dominant win in the league at the moment.

In the section above we looked into Chelsea’s previous Premier League triumphs, however Spurs is yet to reach the top spot in this league. Could this mean that Tottenham Hotspur could be more motivated this season to climb the ranks as in previous seasons they have finished in the following places:

Going by this breakdown we can see that spurs has safely maintained a top 5 spot in the past five years with the closest to the trophy being 16/17 where they were beat by Chelsea with seven points separating them. Why not grab a Tottenham Hotspur kit from our online store and showcase your pride for the club? 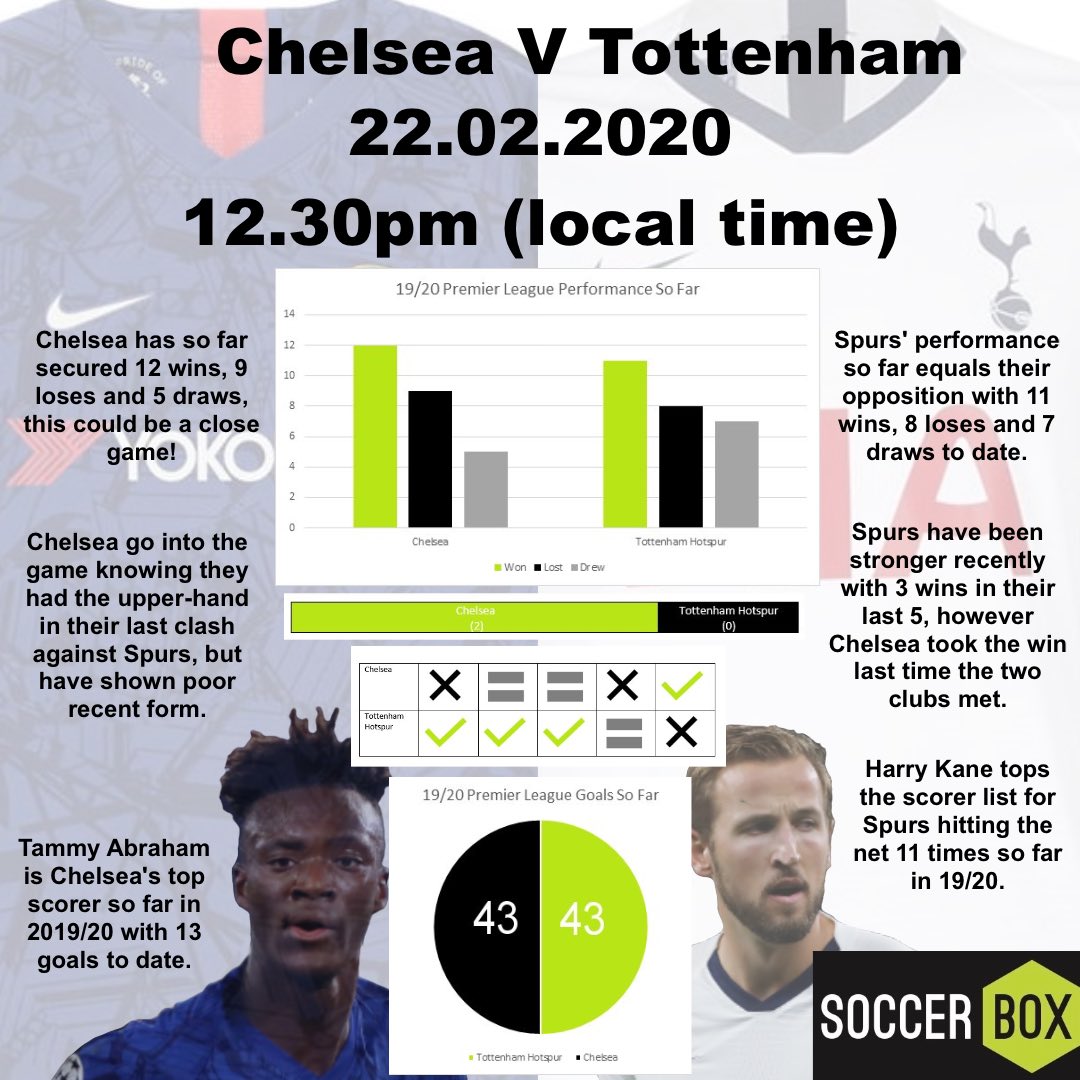 Now we have looked into the performance of each team as a whole, now is the time to explore the standout players of each side. Here is a list of a few key players which belong to Spurs and Chelsea:

And lastly, we are going to see how both sides have performed when going head to head previously in the Premier League. Below we have broken down the past five head to heads along with the result from the match to see if we can identify any trends in order to gauge how this weekend’s game will go:

As we can see in the last five head to head matches listed above, there have been a considerable number of trends in the game’s outcomes. In two matches in a row the results were 2-0 to Chelsea and 3-1 to Spurs. Looking further into the goals scored in these matches we can see that in two of the five matches there were own goals netted by Tottenham Hotspur during the 27/02/2019 and 20/08/2017 matches.

What Are Your Thoughts on the Upcoming Match?

In this blog post we have looked into the current and historic performance of both Chelsea and Tottenham Hotspur. This investigation has allowed us to compare the squad’s form on the pitch so that we could have a better idea on how the match this weekend will go. With all of the information above, what do you think the score will be this weekend? Let us know your predictions over on our social media pages today! And don’t forget that you can also pick up the official Chelsea shirt and Tottenham Hotspur jersey from our online store Soccer Box so that you can show off your support for your favourite team this season.