Copa America 2015 Group B: Our Predictions

Lionel Messi is widely considered the greatest living football player, and arguably the greatest of all time. Yet despite his seemingly limitless skill and his long list of awards, superlatives, and titles, the 27-year- 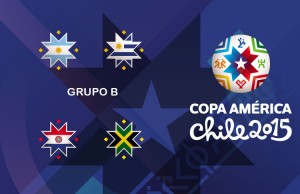 old soccer star has yet to lead his home country to a victory at the Copa America. This year, the Argentine star and team captain will look to change that fact with a strong run at the Copa America 2015. The event, which will commence in Chile this Thursday, June 11th, will be the first incarnation of the tournament since Argentina lost at home in 2011. Argentina is in Copa America 2015 Group B, we take a look at their group stage competition.

The Copa America 2011 was a heartily disappointing competition for Argentina football fans. With the event actually taking place in Argentina, many supporters in the blue and white soccer shirt were hopeful that Messi would finally cross the South American tournament off his bucket list of football accomplishments. But Argentina struggled from the beginning of the tournament, only winning one game in the group stage (against Costa Rica), and then losing to eventual champions Uruguay in a round of 16 penalty kick shootout.

The Copa America 2015: A Do-Over for Argentina? 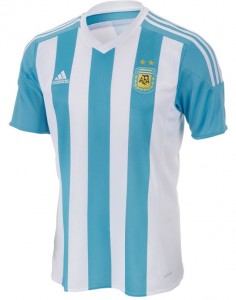 surely still fresh in their minds. However, Argentina also has considerable momentum at the moment-momentum that could potentially lead to the country's first South American title since 1993.

Indeed, the Argentina national football team is arguably the frontrunner to win the tournament this year. For one thing, they currently outrank every other team in South America on FIFA's world rankings. Thanks to a runner-up position in last summer's World Cup, the White and Sky Blues are currently ranked as the third best team in the world-behind Germany and Belgium, but ahead of other Copa America competitors such as Colombia (4), Brazil (5), and Uruguay (8).

Add the fact that Lionel Messi himself is currently on fire-following a treble of victories (the La Liga, the Copa del Rey, and the Champions League) at FC Barcelona, and 2015 certainly seems like the year for him to win a South American title.

Not that Messi and the rest of the Argentine side will have an easy path to victory. The squad's Group B rivals will include Jamaica, two time Copa champions Paraguay, and Uruguay-the team that eliminated Argentina from the Copa America last time around.

Uruguay, of course, will be the biggest concern for the wearers of the Argentina home shirt 2015 2016. Not only did the Uruguayan side spoil Argentina's at-home Copa campaign in 2011, but they are also the most successful team in the history of the tournament (with 15 wins, compared to Argentina's 14).

With that said, Uruguay will still be at a disadvantage. Luis Suarez, the country's star player (and Messi's Barcelona teammate), is still suspended from international football and will not be able to help his soccer team defend the Copa America 2011 title. Paris Saint Germain star Edinson Cavani will step into his place as Uruguay's leading offensive player.

There is virtually no scenario where those two teams don't end up in the top two slots in the Copa America 2015 Group B. Paraguay have won the Copa America twice before and were the runners-up in 2011, but they don't have a star player on the level of Messi or Cavani. Jamaica, meanwhile, are the darkest of horses, making their first-ever appearance in the Copa America as 2015 invitees.

Still, Group B could offer some insight as to where the Copa America 2015 might end. In 2011, Argentina showed their weakness early on, so fans will be tuning in to this year's group stage to watch for similar warning signs. The group's first matches-June 13th bouts of Uruguay/Jamaica and Argentina/Paraguay-should offer predictable outcomes. The main event of Group B, though, will be the June 16th battle between the Uruguayan and Argentine sides. The winner of that game could be the frontrunner to take the entire competition.

Our prediction is that Argentina and Messi will finally find their Copa America moment this summer, winning Group B en route to a championship title. Uruguay will finish second to reach the quarterfinals, and Paraguay will perform strong enough to land a wildcard spot in the knockouts. For Jamaica, meanwhile, the invite to participate in the soccer tournament will likely be the reward.

Hungry for more Copa America 2015 coverage? Follow Soccer Box online to watch for match updates, game recaps, jersey discounts, and more. You can find us on TwitterÂ and Pinterest. Or you can order your Argentina soccer jersey in our online store today!