Could Messi Be Forced out of Barcelona Due to Tax Issues?

The Spanish tax office could have riots and uprisings on their hands if they continue to pursue Lionel Messi for tax fraud. Messi and his father are both facing three counts of tax fraud and will have to stand trial to refute the charges in court. The supposed tax fraud allegedly took place between 2007 and 2009, with Lionel and his father accused of defrauding Spanish tax authorities of $4.5 million in unpaid taxes. If Leo is found guilty, at least one state attorney for the Spanish tax office wants to put him behind bars for 22 months. So could Messi be forced out of Barcelona? And which club would benefit from the Spanish tax authorities allegations.

Messi and his father have been facing these accusations for years now, and the process has grown increasingly murky and convoluted in that time. For instance, just days before news broke that Spanish authorities would seek a prison sentence for Messi, Barcelona prosecutors cleared the Argentine soccer of all wrongdoing in the case. Barcelona prosecutors did not clear Lionel's father and manager, Jorge, and planned to seek an 18-month prison sentence for him. Evidently, though, higher state powers have overruled the Barcelona decision, bringing the entire case back to square one-again.

Soccer fans can at least breathe easy in knowing that it is highly unlikely that Messi will ever see the inside of a prison cell. The argument so far has been that Messi had no knowledge of the tax fraud and that his 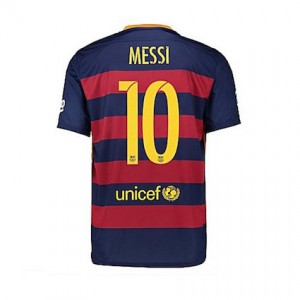 father acted alone to defraud the state. Spanish tax officials will have a difficult time proving, beyond a reasonable doubt, that Messi was complicit in the offense.

Still, it is highly likely that, in pursuing this matter further and ignoring the recommendations of numerous courts and prosecutors who have said that Leo himself should not be charged, the Spanish government will drive the greatest football player alive out of Spain. Recent reports indicate that Messi, who is currently sidelined at Barcelona due to a knee injury, is growing impatient with how the Spanish government is constantly accusing him of tax fraud.

The endless nature of this current case would test the patience of anyone, and Messi could respond with major retribution come 2018: he could pack up and leave Spain behind forever. Messi's current contract with Barca expires in 2018, and though some fans of the soccer club have long thought that the Argentine striker would play at Camp Nou until retirement, there's a growing chance that he will want to take his talents elsewhere before he closes out his career. According to reports, Leo feels that Spanish officials are carrying out a "campaign" against him-hence the refusal to let the tax fraud case reach a natural conclusion.

The question is, if Messi does leave, where will he go? Leo has played at Barcelona for his entire soccer career, coming up through the football club's youth program and C and B squads before making his senior debut during the 2004 2005 season. It's difficult to imagine the star striker playing for anyone else-save the Argentina national football team.

Recently, the rumor mill has stated that Messi is open to a Premier League move. Such a transfer would be interesting, particularly since Leo's chief La Liga rival, Cristiano Ronaldo, is also inspiring speculation about a Premier League move. If he does make a move to England, Messi's most likely destinations would be Manchester City, Manchester United, and Chelsea-all of which have 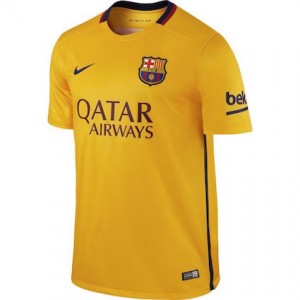 reportedly approached him recently. Arsenal also isn't beyond the realm of possibility, though, and while unlikely, it would be a real thrill to see Messi play football under the guidance of Jurgen Klopp at Liverpool.

The other question is whether Barcelona will consider taking a transfer offer for Leo in summer 2016 or summer 2017. While Messi is bound to Barca until 2018, the football club would be remiss to turn down high-value transfer offers if their star player is set on walking out the door for free in a few years time.

What do you think of this situation? Do you think Spanish tax authorities are just doing their due diligence or do you think their accusations against Messi have reached crusade territory? Pick up a Barcelona shirt 2015 2016 from Soccer Box, and then find us on social media to share your thoughts about the whole affair. You can find us on Twitter, Instagram, and Google +, as well as other popular social networks.