The Environmental Impact of Football

Soccer has taken over the world and is one of the largest sports that is publicised. But while you have been donning your team’s latest jersey or attending a flash new stadium, have you ever taken into consideration how much this has an impact on the environment? And it is not just down to loyal fans which contribute to the environmental effects of football, it is also the managers/players themselves and the sports brands too.

So within this article we will take an in-depth look into all of the ways that soccer negatively effects the environment. And we can also review the strategies, innovative campaigns and designs which companies and football clubs are adopting to make a difference. First we take a look at some of the negative impacts on the environment, then we will go on to look at some examples of where football clubs and kit manufacturers are trying to reduce their foot-print and promote sustainable ideas and renewable energy where possible. 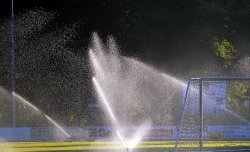 The process of building a stadium or training ground has a large financial and environmental impact when taking into consideration the materials and pollution of the machinery. However, more financially affluent teams are starting to take a more eco-friendly approach to how their grounds are made and maintained. But some lower leagues teams simply do not have the funding to adjust their routines to have less of an effect on the environment. So this brings the question, why isn’t becoming an environmentally sustainable arena accessible to everyone? As after all the consequences of not doing so will negatively impact the surroundings. Then smaller clubs will have to sit and watch the more financially successful squads adapt and grow with the latest eco-friendly technology in awe. As they wish they could do it too, as just because their financial situation isn’t the strongest, doesn’t mean that they don’t care about their impact on the environment.

When it comes to maintaining and the general usage of the pitches, they require a lot of attention. The grass of the pitch itself is regularly watered to stop it from drying out. As well as this, to prevent the field from freezing in the winter, most arenas commonly have underground heating to make sure it continues to grow – even in the coldest of temperatures. Along with this, they also use high power lighting rigs to ensure that the grass gets enough ‘sunlight’ and heat to maintain its luxurious feel all year through.

If you think about how many spectators a stadium can fit into it, you can also imagine how much of an impact litter can be on such a large scale. Let’s take the largest stadium in the UK for example, if every spectator at Wembley Stadium left a cup, a packet, a wrapper, a tissue or even a receipt behind each, which would be around 90,000 items of rubbish in the stands alone. And out of this amount of waste, less than half of it is potentially recyclable, which means that over 45,000 articles of litter will be sent to a landfill from one single match.

And it is not only within the seats that you could find litter at a football stadium. After a game outside the arena over excited or disappointed fans could turn to alcohol which may introduce a whole realm of destruction or waste production which would need cleaning up or replacing. And this again will contribute to the environmental impact of landfill sites and the energy used to repair or replace things such as a bollard, or sign etc. 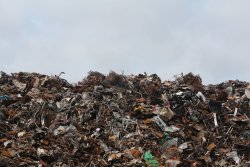 The go-to fabric for producing football kits is polyester, and this is because of its excellent properties such as the fact it does not wrinkle easily. This means that you will not have to iron or press the garment, with this means that it does not need dry cleaning or special measures to keep it in a fantastic condition. And let’s face it; just throwing your clothing in the washing machine is way more convenient than taking a trip to your nearest dry cleaners. And, that is not to mention the fantastic performance properties such as sweat wicking and breathability. This is why manufacturers prefer to use polyester when making sportswear.

Although polyester has a number of positives which benefit the wearer and the company producing the garments, it also has some major environmental effects. Some may not know that polyester is actually a synthetic petroleum base fibre, which means that it is made using non-renewable items, which are also unfortunately carbon intrusive.

Petroleum products not only make the material for polyester, but it also used to produce the energy needed to manufacture the fibres. This means that due to the petroleum within polyester, it does not degrade over the years as it is a synthetic produced fabric, so will just sit in a landfill for years and years.

Plus the consumption of oil in the process of making polyester fabric is excessively high. But this is only because polyester is one of the most convenient and consumer approved materials out there. However, some sportswear brands have taken this into account and are taking a more biodegradable and sustainable approach to their clothing with hopefully many more companies to follow.

And it is not only the building, fans and the sportswear production which have an impact on the environment. The transportation of the players and management teams between fixtures also has a hefty contribution to the increased carbon footprint of the industry.

If you take a look at the fixtures for your favourite team, you will see that they will be travelling between club stadiums across the country for their local league games. And this alone will contribute to a large amount of emissions transporting the whole squad, reserves, medical staff, trainers and the management team along with all of their equipment and clothing needed. They will more than likely take a large coach and a number of cars with them for the commute to accommodate for all of the people needed for the match, which therefore increases the CO2 produced by their exhausts into the environment. However, the advances in the research regarding electric cars could improve this in the future.

Now, think about if your number one squad will be competing in a national tournament such as the UEFA Champions League? Then you would need to take into consideration the fact that every key member of the team will not only be taking road transportation, but they will also be flying long distance to attend a few matches.

One of the most prominent examples of the environmental impact of football on the world is the World Cup which took place earlier this year. This saw millions of fans from across the globe travel to Russia to watch their beloved team play. And along with this over 30 squads had to travel into the country to participate.

As of 2016 FIFA joined ‘Climate Neutral Now’ and pledged to aim at becoming completely greenhouse gas emission-neutral by the middle of the 21st century. And to do this according to the sustainability report from the World Cup 2018 in Russia, they measured, reduced and off-setted the emissions produced. And after researching with the South Pole Group, FIFA worked out that 2.1 million tonnes of CO2 were expected to be produced by this tournament. However, reading the report the LOC (Local Organising Committee) compensated their emissions with carbon credits which were sourced from low carbon projects in Russia and overseas in order to reduce the footprint.

Manchester City was named the greenest club in the Premier League in the 2008 Ethical Consumer survey. And after taking a look into their achievements, we can agree that they most definitely deserved this status.

Claiming to reduce 85% of landfill accumulated at matches, they have introduced a more environmentally friendly way for their concession stands and programs by using recyclable materials and offering re-usable versions of their packaging.

Along with this they had chosen to use electric vehicles at the grounds to reduce their footprint. Plus the introductions of safe walking routes were introduced to encourage spectators to travel on foot to the stadium rather than taking their cars. This therefore not only benefited the environment by the reduction of carbon emissions from the vehicles, but it also saw fans improve their fitness by enjoying a convenient and well signposted route to watch their favourite team play.

They had also wanted to generate their own electricity at the grounds by using wind turbines. However, this plan was postponed due to health and safety concerns about the accumulation of ice and snow on the propellers which could potentially affect spectators travelling around the arena. 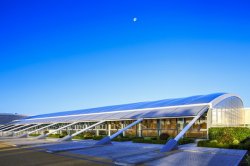 At the Tottenham Hotspur training ground their main focus is on making their area sustainable and less intrusive on the environment while still providing ample grass pitches for their squads to use. They currently have 15 grass pitches at this location, four of which are used primarily by the first team. And they only have one and a half outdoor artificial areas for training, compared to their 15 real grass environments; this is a refreshing change to see at a team’s home.

Along with this, they have also successfully planted over 150 new and semi-mature trees around the stadium grounds to replace those lost from the environment previously in that area. There is also an attenuation pond which has provided a wetland habitat for plants and wildlife to thrive. This also adds a level of control to the rainfall by allowing it to flow off-site through the restored sluice gate and therefore keeps it away from the natural grass pitches.

Even the building itself has an eco-friendly touch whereby the roof has been made using the same material used at the Eden Project for their bio domes. This roofing actually helps to capture and re-harvest rain water from around the training grounds for use elsewhere rather than accumulating on the roof and filling drainage systems on the floor.

And finally, Spurs claim that over 10% of energy used at the grounds is produced through a renewable source. An example of this would be the photovoltaic array on the main building roof and the air-source heat pumps that fuels their cooling system.

Adidas and their Sustainable Sportswear Approach

Adidas is one of the most sustainable sports brands producing soccer wear at the moment. Most of their clothing is made from recycled polyester where able. This means that the polyester is produced using recycled plastic bottles which are then transformed into the fabric after going through a number of processes.

For some of their football clothing collaborations they have joined with Parley for the Oceans. This innovative partnership means that Adidas produced their recycled polyester using waste collected from the shore by Parley. This means that they are intervening with the dumping of waste on beaches and banks to prevent it from entering the ocean and causing harm to the wildlife.

Is the Environmental Impact Worth It?

Within this article we have explored the multiple ways in which football impacts the environment, but now we want to know your opinion. Do you feel that the clubs and manufacturer’s mentioned above are on the right track by introducing eco-friendly alternatives? Or do you feel like this is a trend at the moment but most teams and companies may not end up following suit? Should environmentally friendly plans be made accessible to all soccer clubs without taking into consideration their financial situation, for the good of the planet?

Get in touch over on our social media pages as we would love to hear your thoughts on this article and the soccer world. You can also purchase some of the latest apparel for your favourite team from us here at Soccer Box. For example the recycled polyester collaboration between parley and Adidas which produced the Manchester United third shirt, shorts and socks?