Liverpool and Tottenham Hotspur have both had their ups and downs so far in the 2015 2016 season, with the former replacing their coach and the latter going through an early dry spell that saw star striker Harry Kane playing at a lower-than-expected level. However, after week five both teams have secured spots in the Europa League 201516 knockout phase, marking a turn in the fortunes of both clubs.

The Reds and the Spurs are two of the 15 teams in this year's Europa League that, with just one game day remaining in the group stage, have officially earned advancement into the knockouts. That statistic leaves nine slots up for grabs, with the remaining eight to be filled by third-place squads from the Champions League.

Liverpool secured their round of 32 spot thanks to a pair of first-half goals from James Milner and Christian Benteke, respectively. They went on to win the game-against Bordeaux-2-1. The win is only the second the Reds have managed in the Europa League so far, with the first coming just a few weeks ago, in a November 5th match at Rubin Kazan. However, Liverpool has managed to avoid any losses in the tournament thus far, making the football club the frontrunners to top Group B.

Tottenham Hotspur also represented the Premier League well in week five of the UEL, beating Qarabag 1-0. The game looked to be heading in the direction of a draw until a 78-minute strike from Harry Kane put the Spurs in the lead. Kane, like Liverpool, has enjoyed a return-to-form lately, scoring his first goal in this year's Europa League in a November 5th win against Anderlecht. Those returns to form could hardly have come at better times, either, as they've helped push both of England's Europa League competitors into the round of 32.

The Italian Serie A: Deeper Than We Thought?

If England has had a solid showing in this year's Europa League, though, then Italy has had an amazing 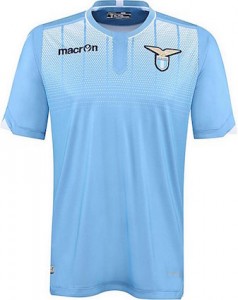 one. In terms of point totals, the Serie A has the two best teams in the tournament right now. Napoli has won all five of their group stage matches, scored 17 goals in those five games, and only conceded one. Lazio, meanwhile, has four wins and one draw, including a week five 3-1 victory against 2014 2015 UEL runners-up, Dnipro Dnipropetrovsk.

Both Serie A teams are guaranteed wins in their groups and slots in the round of 32. Considering how well the Italian teams are doing in 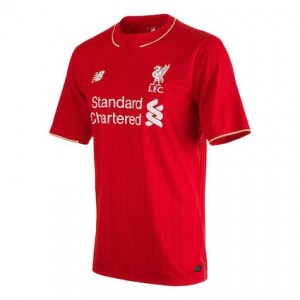 the Champions League, as well (Juventus have already qualified for the round of 16 and Roma are expected to follow suit), this success begs the question of whether or not the Serie A is deeper than most soccer pundits give credit for.

The UEFA tends to rank Italy fourth among the soccer nations, after Spain, England, and Germany. Based on the division's showing in this year's Champions and Europa Leagues, the Serie A might be underrated.

Of course, Spain and Germany have put forth solid efforts on the European football stage this year. Three Spanish clubs (Real Madrid, Barcelona, and Atletico Madrid) are all on their way to the Champions League knockouts. Another two (Athletic Bilbao and Villarreal) will be present in the Europa League round of 32. Bilbao and Villarreal secured their spots with week five wins against Augsburg and Rapid Wien, respectively. Sevilla, meanwhile, has underperformed in the Champions League, though they could still notch the third-place group finish necessary to return to the Europa League and defend their two consecutive titles.

Two of Germany's three Europa League clubs have also qualified for the round of 32 spots. Borussia Dortmund lost their week five match against Krasnodar, a surprising show of weakness for a club that has otherwise been solid throughout this year's tournament. Schalke 04, though, won a pivotal match against APOEL to secure their knockout stage position.

While the UEFA's top four divisions account for eight of the 15 spoken-for round of 32 slots, there was still space for soccer clubs from countries not as well known for their club football to make the table. Among those countries are Switzerland (FC Basel), the Czech Republic (Sparta Prague), Norway (Molde), Austria (Rapid Wien), Russia (Krasnodar), and Portugal (Braga). France's Saint-Etienne rounds out the group of the current round of 32 competitors.