Only five teams have ever won the English Premier League title, but that has to do more with the relative 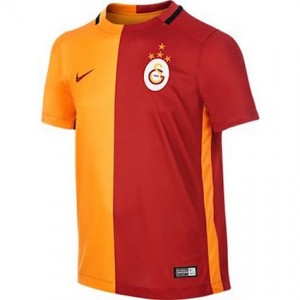 brevity of the division's existence (the Premier League was founded in 1992) than it does with long-standing club dominance. The Turkish Super Lig, on the other hand, also has seen only five different champions, but the difference is that the Turkish football division has been going since 1959. That means the soccer league has split 57 titles five different ways. So does that make the first eight weeks of 2015/16 Turkish Super Lig play predictable?

The Turkish Super Lig is one of the more predictable competitions in European club football. The proceedings are made even more predictable by the fact that one of the five teams, Trabzonspor, hasn't won a title since 1984, while another, Bursaspor, only won once, in 2010. There are three soccer clubs that one would expect to see at the top of the Turkish Super Lig table in any given year: Besiktas, Galatasaray, and Fenerbahce.

If another soccer club is going to emerge and become the sixth ever to win the Turkish Super Lig title, it 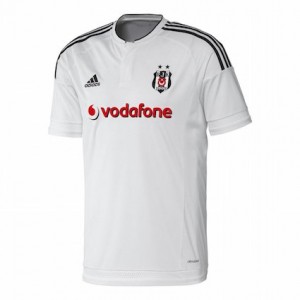 doesn't look like it's going to happen in the 2015/16 season. Eight weeks into the new campaign, the three most successful clubs in Turkish Super Lig history have already risen back to the top of the table.

Granted, the order of the teams is slightly different than it was last year or the year before. In 2013 2014, the final standings for the Turkish Super Lig had Fenerbahce in first, Galatasaray in second, and Besiktas in third. In 2014 2015, Galatasaray took the top spot, with Fenerbahce sliding down to second and Besiktas remaining in third.

Eight weeks into the competition for the 2015 2016 Super Lig title, Besiktas are leading the way, with 19 points in the standings. Galatasaray and Fenerbahce, meanwhile, are in second and third, respectively, with 17 points each.

While these three teams are still close enough that any of them could feasibly win the 2015 2016 title, Besiktas are certainly deserving of the "early frontrunner" title. Besiktas have the best record, with six wins, one draw, and one loss (both Galatasaray and Fenerbahce are at five wins, two draws, and one loss). They also have the highest goal tally (19) and the best goal difference (+11).

More importantly, though, Besiktas are the only team of the three to have beaten another frontrunner. In a September 27th home fixture, Besiktas beat Fenerbahce 3-2. The game was easily the most significant of the 2015 2016 Super Lig so far, and could remain so until we see Besiktas and Galatasaray go head-to-head on December 14th.

The match was interesting, in that Fenerbahce actually beat Besiktas in terms of possession and shots on goal. Fascinatingly, both teams also scored own goals-a rarity not often seen in any football game, let alone a match between two teams of such high caliber. Thanks to a brace from Mario Gomez, though, Besiktas ended the game with the bragging rights and the frontrunner status.

Galatasaray and Fenerbahce: Waiting in the Wings

Still, the fact that Besiktas lagged behind Fenerbahce in possession (38 to 62 percent) could indicate weakness in the current Turkish Super Lig point leaders. If so, then Both Galatasaray and Fenerbahce will be waiting in the wings to scoop up the frontrunner mantle.

Right now, Galatasaray lead Fenerbahce on goal difference (+9 to +5), but their rankings are otherwise the same. That could all change this weekend, though, as these two teams are set to face one another for the first time all season on October 25th.

This game could be a golden opportunity for Fenerbahce, who have the home field advantage. Typically, in head-to-head fixtures between these two football clubs, the home team wins. You'd have to go back to 2012 to find an away win in a Fenerbahce-Galatasaray fixture, and even then, Fenerbahce came away the victors. Regardless of what happens, though, this match is one to watch.

Which of the three Turkish Super Lig heavyweights are you rooting for this season? Stop by Soccer Box and pick up a Besiktas jersey 2015 2016, a Galatasaray shirt, or a Fenerbahce jersey to support your squad!