Possibly the biggest rivals in the Scottish Premiership, Rangers and Celtic go head to head this weekend for the second time this season. In preparation for this much anticipated match, we have explored both sides current performance to see how they compare. This therefore allows us to make a prediction on how the results will turn out this weekend. So, if you want to find out more about these two Glasgow clubs, then keep on reading. 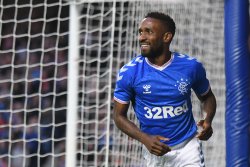 To start off with we are going to look into the recent performance of Glasgow Rangers as the upcoming fixture is due to take place in their home grounds. Below we have explored their past five matches to see if we can gauge the form of the squad at the moment compared to the entire 19/20 season on a whole:

As we can see above, Glasgow Rangers have won 2/5 matches recently with 2/5 being draws and 1/5 being a loss which was to Kilmarnock. Looking at this we can see that they are having a mixed bag of results at the moment, but when we take into consideration their results overall from the season it tells a different story.

Due to one match being postponed, Rangers have played 29 matches so far during the 19/20 Scottish Premiership season. And out of these 29 matches Rangers have won 21 of them while drawing four times and losing four times too. This is a more impressive rate of play compared to seeing how their past five matches have turned out. So, we could expect to see them winning more games in the season, making their gap with Celtic in the table much smaller.

During the 19/20 season so far Rangers has acquired 64 goals in total with their most successful match being against Hibernian where they won 6-1. Their four losses of the season so far have been to Celtic, Hearts, Kilmarnock and Hamilton and their four draws were also against Hearts, Aberdeen and St Johnstone.

The Rangers have always been in close competition with Celtic in the Scottish Premiership and below we have listed their current rankings along with their previous finishing places over the years: 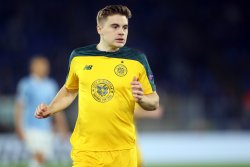 Next, we are going to look at the current form of the Glasgow Celtic squad. Currently at the top of the league table for the Premiership, below we have listed their past five matches in the league along with the result from each game to see if we can notice any trends:

Seeing the breakdown above we can identify that Celtic are on strong form this season so far. Out of their past five matches they have won all of them bar one where they drew against Livingston. And looking across their entire 19/20 Scottish Premiership performance they have played 30 matches and won 26 of them, drawing twice and losing twice. This is an outstanding achievement for Celtic who are a strong competitor to beat in the league.

Currently in the 19/20 league Celtic have acquired 89 goals across their 30 matches with their most impressive result being against St Johnstone which was their opening match of the season where they won 7-0. As well as this the two matches they lost were against Livingston and Rangers and their two draws were against Hibernian and Livingston.

Top Players from Rangers and Celtic

Ranked 1st and 2nd in the league, Rangers and Celtic both have strong teams. Below we have listed a number of key players on both Glaswegian sides to give them acknowledgment and pinpoint the players we need to watch out for this season:

When looking at the 19/20 Scottish Premiership rankings for top scorers we can see that Celtic and Rangers are strong in the top three. Odsonne Edouard from Celtic is currently ranked first with 21 goals scored in total this season so far. In second place is Jermain Defoe from Rangers who has a tally of 13 goals with teammate Alfredo Morelos just behind him in third with 12 goals. In terms of assists James Forrest from Celtic is ranked first in the league with a total of 17 assists. 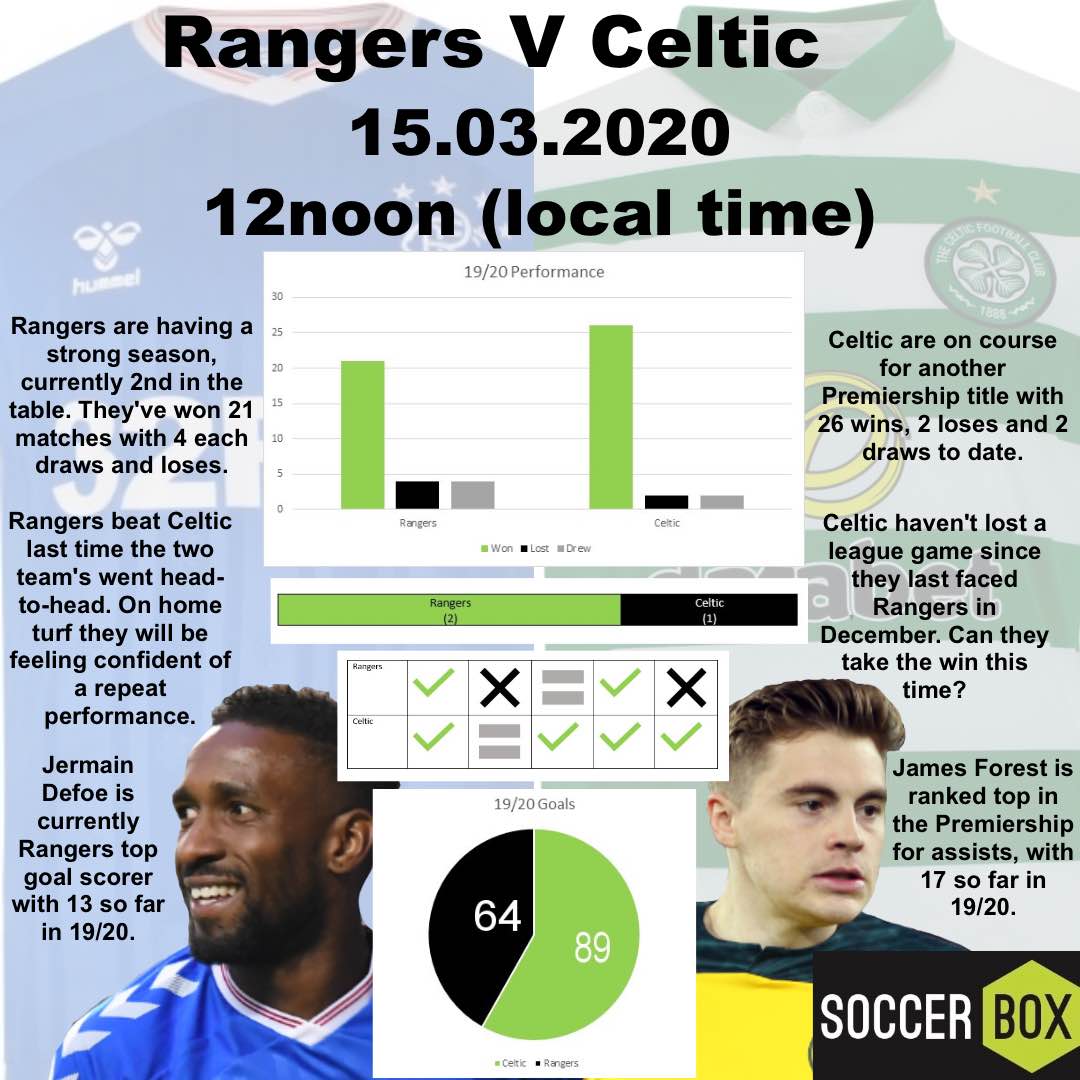 So far, we have looked into their performance separately, but now we are going to see how they perform when head to head on the pitch. In the bullet points below, we have listed all of the matches in which Rangers and Celtic have played together in recent seasons in the Scottish Premiership.

Out of the eight matches listed above we can see that Celtic is most certainly the stronger side in the head to heads as they have won five of the eight matches above. Rangers have only won two of those listed above and the remaining match was a 0-0 draw. In all of the games listed above the score has been very close with 1 or 2 goals in it apart from the match which took place in September 2016. During this game Celtic acquired 5 goals in an outstanding win over the Rangers.

Who Do You Think Will Win?

Throughout this post we have looked into the rivalry between Celtic and Rangers ahead of their match this weekend. But now we want to know your predictions on the upcoming game. Let us know your thoughts over on our social media pages today and don’t forget to kit yourself out with the latest Rangers and Celtic gear from our online store – Soccer Box.