Is The Money In European Football Putting Pressure On The World Cup? 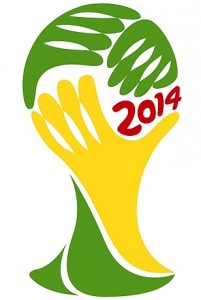 Next year our country along with countries from around the globe will get into the spirit of football and cheer on our national teams during the FIFA World Cup, it will be the 20th time the competition is being held and is due to be played in Brazil. Â Brazil are a South American country with a strong footballing culture, the Brazilian national squad has secured victory in the competition five times and are the only country to have played in every tournament. Â As a country Brazil has a growing economy but is riddled with problems such as bad public services, corruption and high prices, over recent weeks during the Confederations Cup, a warm up to the main event, there has been growing discontent among the Brazilian people about the cost of hosting such a major event, they are arguing this money would have been better spent on education and healthcare, there are also concerns regarding the tax breaks given to FIFA.

The World Cup brings together footballing nations from each of the six FIFA continental zones, however, the scenes of unrest in Brazil beg the question whether the rest of the world can keep up with the high financial expectations of European football. Â A recent publication has listed the wealthiest clubs in terms of yearly revenue, the top 21 teams in this list are from one of the big five football leagues; England, France, Spain, Germany and Italy, it is not until you get to number 31 on the list that you find a club outside of Europe, Corinthians who are a Brazilian team. Â Within the European football leagues over recent decades the amount of money involved in the game has skyrocketed. The introduction of satellite television and the resultant TV rights deals have injected a lot of cash into the game, at the same time player transfer fees and sponsorship deals have also risen phenomenally. Â Adidas one of the leading shirt manufacturers announced a 10 year deal with Chelsea worth £300m, this is a massive amount of money but when compared to the rising transfer fees the £30m a year wouldn't buy many players. Â The highest player transfer fee recorded so far is Christian Ronaldo, who Real Madrid bought for an incredible £80m from Manchester United. Â Add to this the introduction of billionaire foreign business investors buying top clubs such as Chelsea and Manchester City the amount of money available to football clubs in Europe is frightening.

The cost for the fans is also rising, satellite television isn't cheap if you include the sports channels, the cost of buying your favourite team kits doesn't get cheaper and if you want to attend the matches the cost of travel and tickets isn't affordable for many families. Â Packages have gone on sale with FIFA approved tour operators for the 2014 World Cup, for the full 16 nights of the tournament the basic cost is £5,500 and this does not include any match tickets, thankfully for British fans the World Cup broadcasting rights are being split between the BBC and ITV so we can stay at home wearing our World Cup Shirts and support our favourite team in comfort.

Do you think the money in European football is negatively affecting the 2014 World Cup?

Was football a better sport in the past without such financial pressures?

Whichever team you want to win in Brazil 2014 you can show your support by ordering your World Cup Shirts from Soccerbox.