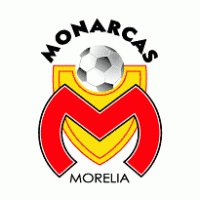 Based in Morelia, MichoacÃ¡n and playing as part of the Liga MX division, Monarcas Morelia (also known as Club Atletico Monarcas Morelia) is one of Mexico's most unpredictable (and perhaps inconsistent) football clubs. As recently as 2013, Morelia were winning titles. But in 2014 2015, the squad has struggled, finishing at the bottom of both the Torneo Apertura (the summer and fall season of the Liga MX) and the Torneo Clausura (the winter and spring season). In this Monarcas Morelia an overview we ask, why can't this club, nicknamed "the Monarchy" by fans, seem to catch a break?

The Monarchy have found successes in the past. Probably the high point of the football club's history so far took place back in 2000, when they won their one and only Liga MX title. Back then, the summer/fall soccer season was the Invierno, which ran from late July to mid-November. Morelia finished the regular season portion of the 2000 Invierno in strong but unspectacular fashion, winning seven of their 17 games en route to a sixth place finish on the league table.

It was in that year's championship playoffs, though, that the Monarcas Morelia squad really shined. In the quarterfinals, they drew 0-0 with Pachuca in the first leg, only to win 2-1 in the second leg. The semifinals went similarly for the Monarchy, starting with a scoreless draw against Santos and concluding with a 3-2 victory in the second leg.

Meanwhile, the finals were a real nail-biter for fans in the Monarcas Morelia jersey. The Monarchy seemed to establish a comfortable lead against opponents Toluca in the first leg, winning 3-1 in an away game to earn frontrunner status. But Toluca won the next match 2-2, forcing the two teams into a penalty shootout for the Invierno title. The Monarcas squad won the shootout 5-4 to clinch their first-ever Liga MX trophy.

A Roller Coaster of Emotions

Supporters at Morelia's Estadio Morelos have had a few other reasons to stay loyal to their squad over the years. In the Liga MX, the club has clinched runner-up spots in the Apertura 2002, the Clausura 2003, and the Clausura 2011.

They also won the Copa MX tournament in 2011, and beat Tigres UANL just last June to win the 2014 Supercopa MX. And in terms of international, the Monarchy reigned supreme at North American SuperLiga in 2010, and nearly won the CONCACAF Champions League in both 2002 and 2003.

But in between the successes and almost-wins, this TV Azteca-owned football club has also put its die-hard soccer fans through quite an emotional roller coaster over the past decade or so.

The team's consistency issues came to a head during the 2010 2011 season. In the 2010 Apertura, Morelia slipped all the way to 12th place on the Liga MX table, only winning five of their 17 fixtures. Then, just a few months later in the 2011 Clausura, they finished in third place during the regular season, and went all the way to the championship match in the finals.

That kind of inconsistency is hard on fans, but it would have been easily preferable to what happened during the 2014 2015 Liga MX season-which has only just reached its conclusion.

The wearers of the Monarcas Morelia home jersey 2014 2015 were consistent this season: consistently floundering. With two wins, four draws, and 11 losses, the team finished in dead last place during the Apertura 2014. That was only slightly stronger than their Clausura 2015 performance, which also ended with a bottom-of-the-table finish, but which at least included three wins instead of just two.

Can TV Azteca rebuild Monarcas Morelia for the 2015 2016 season? Or has the Monarchy really fallen? Share your thoughts and connect with us on Twitter.