In 2013 2014, the German Bundesliga season ended with Bayern Munich as the champions, Borussia Dortmund as the runners-up, and Schalke 04 in third place. Bayer Leverkusen and VfL Wolfsburg rounded out the top five. Now, in the wake of the opening week of 2015 - 2016 Bundesliga play, it's as if we've found a time warp back to the 2013 2014 season, for how similar today's standings look like the final rankings from that season.

Two Returns to the Top

For Bayern Munich, returning to the top of the Bundesliga table is more or less a foregone conclusion at this point. The soccer club has won 25 German championship titles since inception, including six of the past 10 Bundesliga trophies. This year, players will don the Bayern Munich home jersey 2015 2016 to go for a fourth title in a row.

So far, the odds of the Bavarians winning the German Bundesliga competition once more seem pretty sterling. The football club had one of the best season starts of any team in Europe, crushing Hamburger SV 5-0 in a thrilling home match. The game, which saw two goals from Thomas Muller and one apiece from Robert Lewandowski, Medhi Benata, and summer signing Douglas Costa, gave Bayern three points in the standings and an untouchable +5 in goal difference. 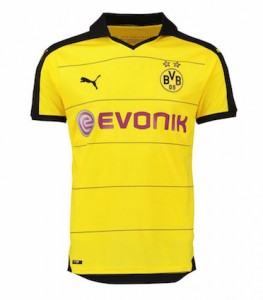 For Borussia Dortmund, meanwhile, a return to (or near) the top of the table in 2015 2016 is anything but a foregone conclusion. For the most part, Dortmund's past 10 years have been stellar, featuring two Bundesliga titles, two runner-up finishes, strong finishes in the German Cup and Supercup, and even a second place bow in the 2012 2013 Champions League.

However, the Black and Yellows fell apart last season, dipping to 18th place on the table at mid-season and only managing to work their way back to a seventh place finish. The disappointing campaign led to the resignation of beloved manager Jurgen Klopp, who was replaced in the spring by Thomas Tuchel-the five-year coach of FSV Mainz.

While Klopp's departure is still not something most Borussia Dortmund fans are pleased about, Tuchel seems to be the right man for the job-at least judging by BVB's strong week one performance. Taking on Borussia Monchengladbach-last season's third-place soccer squad-the Black and Yellows surged to a 4-0 victory, with Marco Reus (one goal, one assist) Pierre-Emerick Aubameyang (one goal, one assist), and Henrikh Mkhitaryan (two goals) leading the way. All three of these guys were around at Dormund last season, but they rarely played games like this-suggesting that BVB may have bounced back just in time for the 2015 2016 campaign. 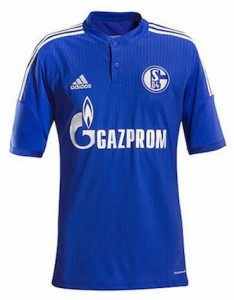 As for the rest of the German Bundesliga, Schalke 04 beat Werder Bremen 3-0 to take up residence in third place, Bayer Leverkusen scored a 2-1 win over Hoffenheim for fifth, and Wolfsburg beat Eintracht Frankfurt 2-1 in a game where all the scoring was sequestered to the first 20 minutes of play.

The biggest surprise of the week might have been FC Koln, a club that earned promotion up from the 2. Bundesliga division after the 2013 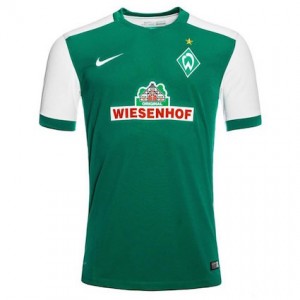 2014, but struggled to make an impression in last year's top-flight division, finishing 12th. Koln blasted out of the gate for 2015 2016, though, winning a 3-1 away match against Stuttgart to earn the fourth best point/goal difference combo in the division.

Ultimately, it looks like the big fish in the pond this year will be the same soccer squads that topped the 2013 2014 table: Bayern Munich, Borussia Dortmund, and Schalke 04, with Bayer Leverkusen and Wolfsburg waiting in the wings. Prepare for all of the football action and excitement to come, with a new Bayern Munich jersey 2015 2016, Borussia Dortmund shirt or other Bundesliga jerseys from Soccer Box!