The Problem at Newcastle United 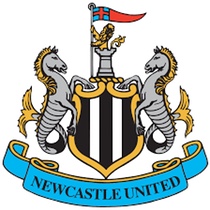 26th March 2016
For the second season in a row, Newcastle United are staring down the barrel of a gun. As the weeks remaining in the Premier League campaign dwindle, the Magpies' chances of escaping relegation are looking ever slimmer. Can Newcastle repeat their narrative from last season and leap out of the lower echelons of the table at the exact right moment? Or will the Magpies end up playing in the Football League Championship for the first time since 2010?

Needless to say, Newcastle United officials are hoping for the former outcome. On March 11th, they even sacked their manager, sending Steve McClaren packing after just nine months in charge. He was rapidly replaced by Rafael Benitez, the only coach in history to have won titles in the UEFA Cup (Europa League), the Champions League, the UEFA Super Cup, and the FIFA Club World Cup.

Yet, despite the impressive pedigree that Benitez brings to St James' Park, expectations for Newcastle United's future seem notably muted. In the eyes of many passionate Premier League fans, this football club is broken.

To be fair, part of the reason for the lukewarm reaction could be that Benitez has recently suffered a sacking of his own. The Spanish manager-whose career has included title-winning stints at Valencia, Liverpool, Inter Milan, Chelsea, and Napoli-took over the coaching job at Real Madrid after Carlo Ancelotti was fired last spring. Despite just three losses 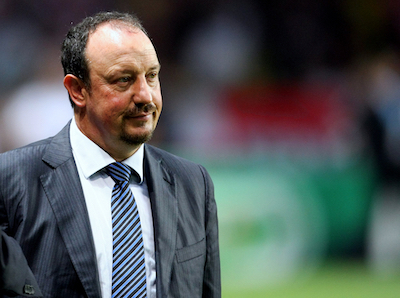 in his 25 games at Real, Benitez was let go in January, paving the way for his return to England in a last-ditch attempt to save Newcastle United from relegation.

Frankly, at this point, if Benitez can keep Newcastle's loss total to three, that would be a monumental improvement over the rest of the season. When Rafa finished out at Real Madrid, he had won 17 games, drawn five, and lost three, for a total win rate of 68% across all competitions.

In comparison, McClaren's numbers looked like something out of a horror movie. In the 31 games he coached at Newcastle, the one-time Manchester United assistant manager won just seven games, drawing six and losing the remaining 18. His final win percentage? 22.6.

In other words, Rafa wouldn't have to do much to improve upon McClaren's record at Newcastle. But can a new manager reinvigorate the Magpies at this point? Or does the Newcastle squad need a year or two in the Championship to figure things out, rebuild, and find a way to be competitive in the Premier League once more?

Assessing the Problems at Newcastle United

In a December 2015 piece for The Chronicle, football journalist Mark Douglas addressed Newcastle's worsening prospects with a Mike Tyson quote of all things. "Everyone's got a plan until they get punched in the face," goes the quote. It's a surprisingly apt statement for Newcastle's 2015/16 season, which looked promisingÂ… right up until the moment it wasn't anymore.

With that quote and his article as a whole, Douglas was taking a shot at Newcastle United's softness this season. The heart of the matter, for Douglas, is that the Magpies simply can't play under pressure. They fall apart at the first sign of crisis, and every ounce of promise-the talented coaching staff, the lofty potential of the young and mostly international squad of players, the hard work they've all been doing together for months-goes out the window.

Just looking at the stats and outcomes from this season, it's not difficult to see that Douglas hit the nail right on the head. Under McClaren, the Magpies won just six Premier League matches. In most of those games, Newcastle had to be the first team to score in order to get comfortable and settle in. Case-in-point was on October 18th against Norwich City. Newcastle midfielder Georginio Wijnaldum scored just 14 minutes into the game to give the Magpies an early lead.

The early goal took a lot of the pressure off the Newcastle home team and allowed them to avoid going into crisis mode (or rather, their lack of crisis mode). Norwich would ultimately score two goals in that game, but it didn't matter. Propelled by their early score, the Magpies put the ball in the net six times-including a remarkable four-goal run from Wijnaldum. To this day, Wijnaldum is one of only two Premier League players to have scored four goals or more in a single game during the 2015/16 season. The other was reigning Premier League Golden Boot holder Sergio Aguero, who netted five goals for Manchester City in an October 3rd game against-you guessed it-Newcastle United.

Those two games-Newcastle's 6-2 win against Norwich City and their 1-6 loss against Manchester City-underline the jarring dichotomy of the 2015/16 Newcastle United season. The Newcastle soccer squad clearly has what it takes to play well and win games under the right circumstances. They even scored first in the October 3rd match at Manchester City, but ultimately got steamrolled after crisis struck during the second half. (For the record, these two matches occurred back-to-back on the Premier League calendar.)

A Lack of Leaders

So we've identified the general problem at St James Park: this year's Magpies, despite their considerable talent, do not have the ability to function well under pressure. But the question now is, what is the root cause of that problem? What is the difference between this team and a football club like Leicester City, who have skyrocketed to the top of the Premier League despite not having the objective "best" squad of soccer players?

Douglas hit upon that tidbit in his December Chronicle piece, too. The issue isn't a lack of playing talent on the pitch. Heck, Georginio Wijnaldum has an outside shot of finishing the season as one of the top 10 scorers in the Premier League. The issue isn't even coaching style. Sure, Steve McClaren couldn't string wins together to save his life during his stint at St James Park, but it wasn't entirely-or even mostly-his fault.

The problem is that the players at Newcastle United-especially the ones in captaincy positions-aren't strong leaders. This team needs a Steven Gerrard or a John Terry, a player who cares deeply for his football club and who is willing to fight hard for wins or draws-no matter the physical cost. Gerrard and Terry were both players who remained important to their teams long after their prime years-not because they were the best or most physically fit players on the pitch, but because they had passion and lots of it.

Newcastle United captain Fabricio Coloccini might as well be the anti-Gerrard. In 2013, he asked to leave the soccer club in order to return to his home country of Argentina. The transfer ultimately fell through, but the message had been sent: Coloccini's first allegiance was to himself and not to the Magpies. Last summer, he sparked rumors about departure once more, before signing a one-year contract extension with United.

Since February, Coloccini has been out with an injury, which means his leadership can't be entirely blamed for the football club's woes. But as the Mark Douglas article noted, the leadership issues at Newcastle United go all the way up the ladder to current owner Mike Ashley. Ashley, by treating the United staff poorly and making warped decisions about the organization's future, has created a splintered atmosphere at the club, rather than fostering the kind of unified, collaborative approach that tends to win titles.

Without a good example set at the top, how can coaches inspire their players? Without inspiration, how can players step up and take leadership roles? And without leaders on the field, how can this soccer team hope to respond to crises? The answer, of course, is that they can't.

The obvious hope is that Rafael Benitez can turn things around enough to save Newcastle United from relegation. But at this point, perhaps a relegation is needed to force a complete overhaul of Newcastle United, and to push everyone involved with the organization to remember why they love the game of football in the first place. Without that love and passion, the Magpies might just be doomed to fail-no matter who their manager is or how many goals their best player scores.

What do you think? What needs to change at Newcastle United to bring the club back to their former levels of greatness? At Soccer Box, we want to hear your thoughts, to find us on social media to share. We are active on Facebook, Twitter, Instagram, and other popular social platforms.