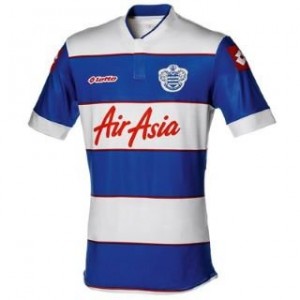 Many people will recall Queens Park Rangers spell in the Premier League last season; they did play very well and were liked by most soccer fans. Unfortunately they just didn't cut it in the league and were relegated back down to the Championship.

The club will been working hard this season in order to try and win automatic promotion to the EPL. One of QPR'S star players from last year Loic Remy, is now playing for Newcastle United on loan so Harry won't have him to rely on this season.

So far the striker has done well for the Magpies, so Harry may regret letting him leave on a loan but then there is always the option to take him back at the end of his loan spell.

Queens Park Rangers ended their Premier League season at the end of May 2013 in 20th place with a disappointing 25 points.

Despite their performance in the Premier League the Hoops are still favourites for promotion this season, much to the dismay of QPR manager Harry Redknapp. The club are currently 13/8 for promotion with Ladbrokes betting company.

I think half of Redknapp's insecurity comes from his previous failures in the Sports industry, as he has admitted himself. He does not want anybody putting their hard earned money on the team in case it jinxes them.

Harry knows too well what can happen when you put down a bet too early and he does not want it to affect Queens Park Rangers.

He did also state "I don't think that team we've got here would finish in the top half of the Championship." In June, he said: "It will be right up there with my biggest achievements if we are promoted next season."

A great positive for the team is that Redknapp signed young star Charlie Austin from former club Burnley. The 24 Year old was set to move to Premier League new boys Hull City but the move fell through as Hull did not want to chance taking him on after a scan revealed a bad knee injury.

However the striker signed for QPR in the end and has done brilliantly ever since, he scored in their last match against Middlesborough while Joey Barton got the other.

Barton is another great player who is doing very well for Queens Park Rangers at the moment; he just needs to control his temper and attitude.

The midfielder is known for hisÂ attitude and childish outbreaks but QPR know all too well how good a midfielder he is.

The club have made a strong start to the season and if they carry on they will surely be on their way to promotion once again, it would be great to see the team playing once again in the English Premier League.

Do you think QPR will get promotion this season?

I write exclusively for Soccer Box, here you can shop for the latest Queens Park Rangers home football jersey online, the away and third football shirt and a fabulous range of soccer souvenirs.

Use Discount code BLOG5 for 5% off any Queens Park Rangers football shirt and souvenir merchandise from the 2013-14 range.