What Makes The Robin Van Persie Soccer Jersey So Popular? 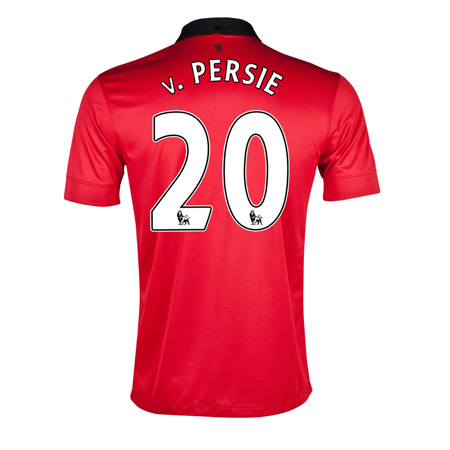 A certain player has shown us some extraordinary skill and an insane amount of goals over the years. He plays for Manchester United & the national Dutch team and plays in a striker's position.

His name was very popular last year on kids football shirts and kits, this was the Robin Van Persie 20 youth home soccer jersey.

Robin Van Persie is a very popular player of today and is idolised by many young children.

There has been plenty of controversy surrounding RVP, particularly when he made his move from Arsenal to Premier League rivals Manchester United.

Van Persie, aged 30 started his career very early at the age of 5. He played for SBV Excelsior's youth team which was a Dutch based side.

He carried on playing for them for an additional ten years but left for Feyenoord when they signed him up aged 15.

He continued to play for the Dutch club and was handed a first team debut aged 17. He wore the Feyenoord Robin Van Persie soccer jersey well and won the KNVB Best Young Talent award at the end of the 2001-2002 seasons giving him a great amount of confidence.

Unfortunately for Van Persie the high flying start to the football season did not last as he and manager Bert van Marwijk clashed and RVP found himself in the reserves.

The rift continued when Van Persie was sent home the night before the 2002 UEFA Super Cup against Real Madrid. This is because he showed the wrong body language when told to warm up.

The season after RVP played a total of 28 matches and scoring 6 goals. In 2004 Feyenoord agreed to sell the striker for an asking price of £5 million pounds but found there were not many takers for the frontman, this was due to his disciplinary issues.

The same month he wore his Feyenoord Robin Van Persie soccer jersey for the last time.

One club who did seem interested were successful Premier League team Arsenal.

Arsenal manager Arsene Wenger said that he planned to convert RVP from a left winger to a centre forward. He had already done this with Arsenal and France striker Thierry Henry.

The first season saw him show his good potential but his true form did not show until the season after when he and Thierry Henry struck up a fantastic partnership.

The Robin Van Persie soccer jersey vastly became one of the most popular Arsenal shirts on the market. and sold out quickly each season.

The two played together providing a successful partnership up until the end of the 2006-2007 seasons when Thierry Henry signed for Spanish giants Barcelona.

So it was up to Van Persie to take on a sole striker role. He won various awards including a Player of the Month Award.

Season after season Van Persie grew stronger and his form just kept on getting better and better. During the 2011-2012 seasons Van Persie was awarded the captains armband after former captain Cesc Fabregas left for Barcelona.

The fans support for this player was phenomenal it is no wonder the Arsenal Robin Van Persie soccer jersey was so popular.

He carried on banging in the goals and at the end f the 2011-2012 season was named the Premier League's top goal scorer with 30 goals. Unfortunately for Arsenal, in July 2012 Van Persie announced that he would not be renewing his contract with the club.

It was a shock to all Gunners fans but shortly afterwards a surprise offer of £22.5 million was tabled from one of the clubs biggest rivals, Manchester United!

Much to the fans anger, Arsenal accepted the offer and he joined United and signed a four year contract. From then on he was to play in the Manchester United Robin Van Persie soccer jersey.

He made a great impression on the united fans and became the Premier League's top scorer with 26 goals all season.

This season (2013 - 2014) Van Persie has scored 7 goals, just one behind Sergio Aguero of Manchester City, Luis Suarez and Daniel Sturridge.Â  He will be hoping to score many more and become the league's top scorer again.

The Robin Van Persie 20 Youth home soccer jersey 2013-2014 has been very popular this season with the united fans and it is all down to the quality of play and great form of the Dutchman.

On Sunday 10th November 2013 we saw RVP take on his former club and who better to score the winning goal than Van Persie himself?

Manchester United will face Arsenal in a rival match on Tuesday 11th February where Van Persie will face his former club once again.

Will the Gunners show RVP that they can win the title without him this year?