Recently we have looked into the impressive careers of footballers through time and how they transformed their career from the pitch to a managerial position. And one of the most significant managers of Premier League history is Sir Alex Ferguson, with his knighthoods and outstanding track record of club success; within this article we are going to explore the managerial career of the Red Devils figurehead.

Although he is now retired from his position, we will acknowledge the evolution of his career in the football world along with the awards and trophies he has gained thanks to his managing expertise. So if you want to find out more about Sir Alex Ferguson, then keep on reading this post!

Born on the 31st December 1941, Alex Ferguson first started his career on the pitch at only 16 years old. At this age he played with Queen’s Park in the striker position and during his first match he helped the squad achieve their 2-1 win against Stranraer. Along with this, he also helped contribute to the 7-1 defeat Queen’s Park succeeded against Queen of the South. However his time with Queen’s Park was short lived as he was unable to secure a regular place in the first team although he had an impressive goal scoring record. This meant that in 1960 he transferred from Queen’s Park to St Johnstone.

However, unfortunately the same problem he experienced with Queen’s Park was happening again with St Johnstone. He struggled to maintain a solid permanent place in the main squad, thus leaving him no other option but to regularly requested transfers to another team in order for him to get the spotlight. He also contemplated immigrating to Canada in order to achieve his goal. And eventually he managed to gain a permanent place in the Dunfermline first team after transferring in 1964 thanks to his impressive hat-trick gaining him interest with other managers.

But upon transferring to a full-time position, he appeared to struggle to maintain the performance he had previously with the other teams. Consequently this saw him dropped from the first team just before the final of the Scottish Cup. But in the following season during 65/66 he managed to claw it back with an outstanding 45 goals in 51 games, thus becoming the top scorer in the Scottish League.

With this impressive turn around under his belt, there was no doubt that other teams across Scotland were interested in purchasing him from Dunfermline. He was sold to Rangers for an estimated £65,000 transfer fee. Ferguson only spent two seasons with the Rangers before leaving to join Nottingham Forest as a result of the fall-out from the Scottish Cup Final ‘69.

Ferguson only spent two seasons with the Rangers and received interest from Nottingham Forest in regards to transferring. He was keen on the idea of moving away from the Rangers after the fall-out from the Scottish Cup Final ‘69, but his wife did not want to leave Scotland and move to England. This therefore saw Alex move to Falkirk instead. During his time with Brockville he was acquiring more and more experience on the field and was promoted to player-coach temporarily until the team was under new management. After he lost his position as player-coach he requested a transfer to Ayr United where he played for a short period of time before starting his transition to manager.

Below is a breakdown of the clubs Ferguson played for over his soccer career and how many goals and appearances he made for the squads: 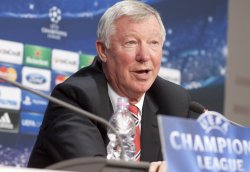 After finishing with Ayr United, Ferguson became manager of East Stirlingshire at only 32 years old. The club was rather limited as they did not have a goalkeeper and only paid Ferguson for part time work with them. However, this is where he began to establish himself as an effective manager and gained experience in the field. Only a year after him taking up this position with East Stirlingshire, he then moved to St Mirren. Despite them being lower down the league than the previous club, they were considerably bigger in size, so he could reach his potential full time with the team.

He was with St Mirren for only 4 years, but was able to turn the club around completely. When he started they were in the lower end of the Second Division, and under his management the club won the Second Division and were promoted to the First Division where they went on to win that in 1976/77. Although he was able to achieve success with St Mirren, he was let go by the club as a result of rumoured controversial decisions.

After his departure from the club, he then signed as manager of the Aberdeen football club in 1978 after turning down the position the year before. Despite his impressive turn around with St Mirren, he struggled to pull anything out of the bag for the Aberdeen FC. The club lost out on the Scottish Cup and the Scottish League Cup Final in the late 1970s.

However, in the 1979/80 season the squad were able to improve their performance impressively, and saw them win the Scottish League taking a 5-0 win in the finals. As a result of this, it reinstated the faith of the club and players in Ferguson’s management techniques. In 15 years the Scottish League had been won by either Celtic or Rangers, which meant that Aberdeen’s impressive win went down in Scottish soccer history.

He also went on to lead Aberdeen into qualification for the European Cup Winners’ Cup due to their Scottish Cup win. They also continued their successful reign and won the European Super Cup after the reigning champions – Hamburg SV were defeated. In 1983/84 under Ferguson’s management, Aberdeen continued their successes by winning the Scottish League and Scottish Cup. And they retained this winning status in 1984/85, but had a disappointing season in 85/86.

As the club was struggling, at the end of 1986, Alex became a part of the coaching staff for the Scottish national team. He was only in their management team until the end of the 1986 World Cup season before starting his journey with the Premier League team – Manchester United.

When with Manchester United he helped reshape the player’s outlook on the game and improved their fitness as well as their mental approach to the sport. As a result of this the club were able to climb up the Premier League table impressively thanks to Ferguson’s assistance and guidance.

Under his management, Manchester United lifted the Premier League trophy 2 times and went on to win multiple other awards such as the FA Cup and Champions League. He was with MUFC for a total of 27 years before he retired from the sport.

Below we have broken down the teams Sir Alex Ferguson had worked with across his career along with the years he was with the clubs:

We have already looked at the impeccable evolution of Sir Alex Ferguson’s move from player to manager. However in this section of the article we are going to explore the awards and honours he has received across his career. Below these achievements have been separated into those acquired through the squad’s performance under his role, and those awarded specifically to him. We have also included the team’s he was working with at the time of the awards:

Ferguson’s retirement was announced during the 2012/13 season. Although he stated that he was retiring from management, he stayed with Manchester United up until the end of the season. And throughout this period of time he remained a club director and ambassador, moving away from his main managerial role. The impact of his retirement from MUFC was that the shares in the club fell by an estimated 5% on the NY stock exchange. And he was soon replaced by Everton manager – David Moyes.

Since he retired from his managerial role and MUFC, he was appointed the UEFA Coaching Ambassador. And only three months after taking up this new job role, in April 2014 he joined the faculty at Harvard University. In this long term teaching role Ferguson lectured ‘The Business of Entertainment, Media and Sports’.

Sir Alex Ferguson most certainly has become one of the most well-known football managers in Premier League history; however this appears to take precedence over his career as a forward for Scottish teams. Therefore, after reading this article, we want know your thoughts on Ferguson, do you feel like he had more of an impact on the pitch during his younger years or in his managerial role? Get in touch on our social media pages as we would love to know your opinion on this figurehead.

You can also shop a variety of Manchester United training wear and kits as seen on Ferguson and the rest of the Red Devils.