Son Heung-Min (손흥민) has been making a name for himself in international soccer since he joined Tottenham Hotspur in 2015. And to acknowledge his achievements in recent seasons, we have put this article together to showcase his journey from South Korean youth soccer to the Premier League. Here is the general player profile of Heung-min Son, but to find out more about this key player, then keep on reading:

Born on the 8th July 1992, Heung-min grew up with a considerable amount of football in his life. His father Son Woong-Jung is a retired football player that upon retirement became a football manager who also represented his country in the South Korean national team B during his prime.

With this large soccer influence surrounding his childhood, there was no doubt that Heung-Min was going to follow in his father’s footsteps and take up football. He attended the FC Seoul academy which was a considerable distance from his hometown. He then progressed throughout the academy and made an appearance for the FC Seoul team as a ball boy in a match during 2008.

According to his agent Thies Bilemeister, Son has always been keen to take his football career into Europe and is fluent in both German and English as well as his native language – Korean. So, when Son left the Dongbuk High School (FC Seoul U18 Team) to join Hamburger SV’s youth team as part of the Korean FA Youth Project, this was the start of his journey into European soccer. He only spent one year with the Hamburger SV junior team before returning to South Korea for the FIFA U17 World Cup. After this tournament had ended, he then formally joined Hamburger SV’s academy in 2009.

Son spent from 2009 to 2010 training and learning at the Hamburger SV youth academy before signing his first professional contract with the club on his 18th birthday. And from here started his senior football career which we will look into more next. 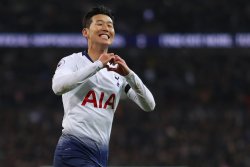 Son’s Journey to the Premier League

Heung-min started his senior career with Hamburger SV in 2010 after progressing through the club’s youth academy. He stunned in the 2010/11 pre-season after scoring nine goals and coming top of the team. He also played a match against Chelsea in August in which he scored, but unfortunately, he was then out for two months as a result of a foot injury. Son made his return to the pitch at the end of October and got off to a flying start. He scored his first league goal for Hamburger SV against FC Koln. This particular goal made Son the youngest Hamburg player to score a goal in the Bundesliga as he was only just 18 years old when it happened.

Completing the 2010/11 season with a total of three goals in 14 matches, Son then signed another deal with Hamburger SV which would see him through to 2014 due to his promising potential. This contract definitely motivated Son in terms of on-pitch performance as during the 2011/12 pre-season he netted 18 times in nine matches.

Similar to the situation at the beginning of 10/11, Son missed the opening match of 11/12 due to a fever and also suffered an ankle injury in August. This injury was expected to see him out of action for 4-6 weeks, however he recovered quicker than anticipated as he was back on the pitch only three weeks after the injury. Despite only scoring five goals in the Bundesliga 11/12, Son netted the most crucial ones against Hannover 96 and FC Nurnberg which helped ensure that Hamburg stayed in the Bundesliga and avoided relegation.

After another successful season in 12/13 scoring 12 goals and becoming the fifth South Korean footballer to achieve double digit goals in Europe, he transferred teams on the 13th June 2013. Son Heung-Min signed a contract with Bayer Leverkusen for a reported fee of 10M Euros for five years.

Son started to impress from the get-go as he scored three goals in his first three appearances for Bayer Leverkusen in the pre-season games. Along with this beginning performance, Son also managed to score a hat-trick against his former club on the 9th November 2013. As well as this, he scored goals against Dortmund and Werder Bremen which helped to ensure the squad’s place in the 14/15 UEFA Champions League.

After a successful 14/15 season with Bayer Leverkusen he notably scored a hat-trick against Wolfsburg. He completed the season with 17 goals out of 42 appearances for the club. Son went on to start the 15/16 season with Bayer Leverkusen by making a league and Champions League qualifier appearance for the team. However, on the 28th August 2015 Son moved away from the Bundesliga and signed with Tottenham Hotspur for £22M on a five-year deal subject to work permit and international clearance.

Currently still donning the Tottenham Hotspur kit, Son Heung-Min has been an asset to the club since signing as he has proved to be a strong player on the squad. As a result of this, he had his contract extended in 2018 to see him through to 2023. 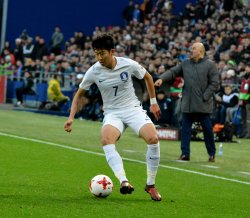 While playing for the Hamburg SV youth team, Son returned to South Korea so that he could train and compete with his national team in the 2009 FIFA U17 World Cup. This was the first time Son had appeared for his national side and he finished the tournament with three goals. As a result of this, he was picked for the 2011 AFC Asian Cup squad as a senior. He also took part in the 2014 FIFA World Cup qualifiers after missing the first two matches due to an ankle injury.

He was presented the opportunity to take part in the London 2012 Olympics as part of the South Korean national team but turned this down as he wanted to focus on progressing with his club team Hamburg. Despite this, he still played two matches in the 2014 FIFA World Cup qualifiers later that year.

While playing for Bayer Leverkusen Son requested time to take part in the Asian Cup but this was denied by the club as they saw him as an asset to the squad. He did however take part in the 2015 AFC Asian Cup where they reached the finals but lost out to Australia.

One of his most impressive national games was in the 2018 World Cup where he scored a hat-trick against Laos in the second round of qualification. Son has also represented South Korean in the 2016 Summer Olympics, 2018 Asian Games and 2019 Asian Cup. His biggest career achievement came in the 2018 Asian games.

Traditionally, South Korean men are required to serve around 18 months to 2 years in the military before they reach 28 years old. And with Son reaching that age soon, there were rumors that he would need to conscribe which would see him out of action for up to two years. However, due to him and his team’s impressive win in the 2018 Asian Games, the entire squad earned exemption from the mandatory conscription. This comes as gold medals in the Olympics or Asian games are means for military exemption for athletes. This therefore means that he can continue playing soccer without interruption up until he retires. 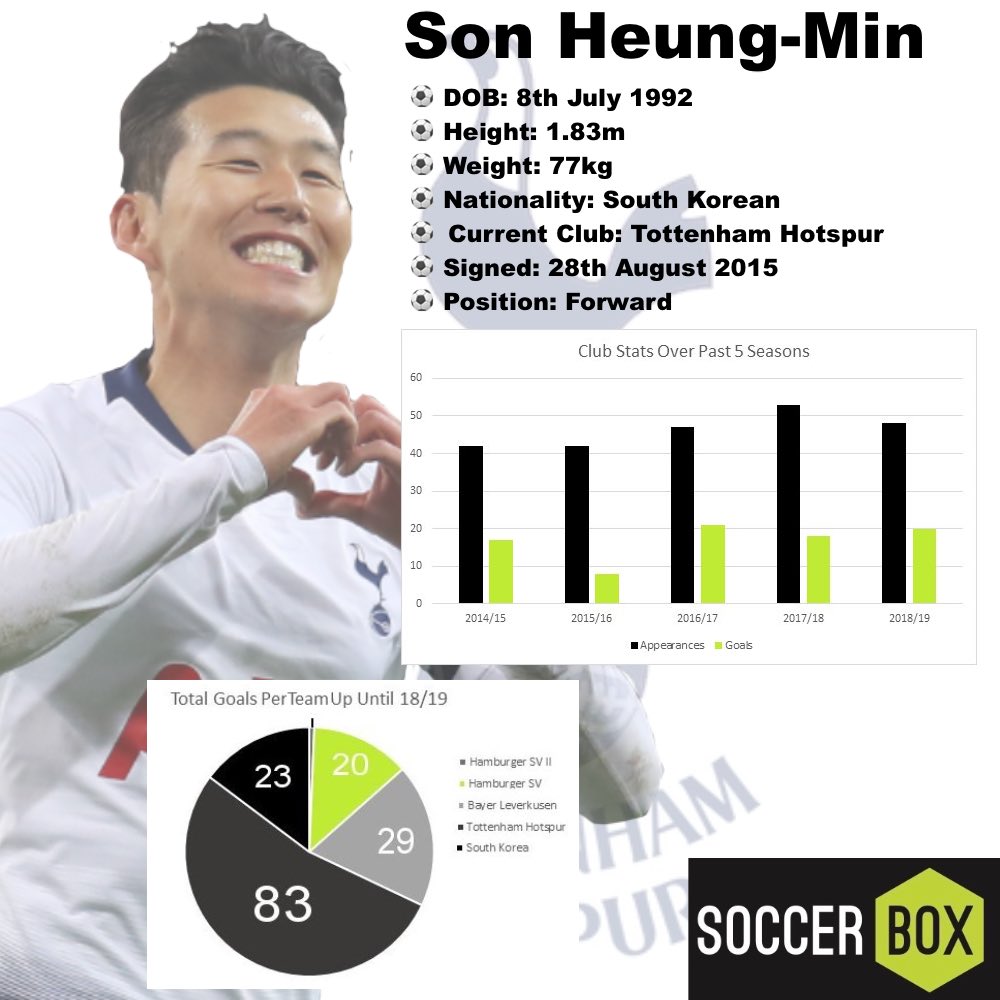 Stats Comparisons Over the Years

So far in this blog post we have looked into the history of Son Heung-Min’s progression from South Korean youth soccer to the Premier League, but now we are going to see how his stats have changed over the years. Below is a breakdown of each team he has played for and how many appearances and goals he made during his time there:

As we can see in the breakdown above, he has made the most appearances overall for Tottenham Hotspur which is also the squad that he has scored the most goals within his entire career. He also had the opportunity to appear as a senior for his nation 74 times and netted 23 goals.

As well as acknowledging his statistical achievements over the years, we are also going to acknowledge his individual awards too which include:

Do You Think Son is an Effective Forward?

In this blog post we have looked across the outstanding soccer career of Son Heung-Min. How do you feel he has progressed in the football world? Let us know over on our social media what you think about this Spurs forward today. You can also find the matching Tottenham Hotspur shirt to your favourite team on our online store – Soccer Box which you can have personalized with his name and number to showcase your support for your number one player.