This investigation allows us to identify the form of each squad so that we can make an informed prediction on who we think will progress through the group stages. So, if you want to find out more about these teams and see if there is a clear group winner, then keep on reading. 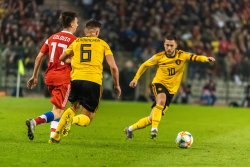 Performance of the Belgian National Team

To begin with we are going to look at the performance of Belgium during the Euro 2020 Qualifiers. Currently ranked first in the FIFA World Rankings with 1765 points, Belgium are most certainly looking to be the stronger team in this group. Below we have started off by breaking down their match results in the Qualifiers to see if we can notice and strengths, weaknesses or trends:

As we can see above, Belgium managed to win all 10 of their qualifying matches in 2019. Scoring a total of 40 goals across these 10 matches, their strongest win was in their second match against San Marino where they won 9-0. And on the flip side, their lowest win was 2-0 which they acquired during their first match against Cyprus and second match against Kazakhstan. This is an impressive result for Belgium as during the last Euro Qualifiers in 2016 they scored 24 goals and only won 7 out of 10 matches.

Next, we are going to acknowledge the key players who have donned the Belgium kit during the Euro 2020 Qualifiers to help the team progress to the group stages:

Yet to lift the trophy in the UEFA European Championships, could this be the year that we see Belgium gunning for first place? After their success in landing third place in the last national tournament, which was the 2018 World Cup, and reaching the quarter finals in the 2016 Euros, there is great progress happening within their national squad.

Performance of the Danish National Team

Currently ranked 16th in the FIFA World Rankings, up next we have Denmark. The Denmark national team has been performing considerably well in the recent Qualifiers compared to the ones in 2016. Below we have broken down each match that they played during the Euro 2020 Qualifiers and how many goals they scored so that we can start to identify their strengths and form:

In the breakdown above we can see that Denmark only played eight matches in the Qualifiers but out of these eight matches they managed to win 4 of them and draw on the other 4 which meant that they did not lose a match. Their strongest performance was against Gibraltar where they won 6-0 on two occasions but on their other match against them, they drew 0-0. During these eight matches the Denmark national team netted 23 goals in total which is 15 more goals than what they scored in the 2016 Euro Qualifiers which is an impressive form increase for the squad.

Now we have looked into the performance of the team on a whole during the recent Qualifiers, we are going to highlight the key players in the squad who have donned the Denmark kit with pride. Helping move through the qualifiers and into the group stages, here are the key players to watch out for:

Above we have seen how the Denmark national team has performed recently in the Euro tournaments, but below we have broken down their statuses from the past national tournaments to see how they have evolved:

As we can see, they did not qualify for the Euro 2016 tournament so Denmark making it to the group stages in Euro 2020 is quite an achievement for the squad. In their last national tournament, they were knocked out in the round of 16, but could we see them go further this year?

Performance of the Finnish National Team

Ranked the lowest out of group B, Finland is currently in 58th place in the FIFA World Rankings. Underneath we have listed all of the ten matches which they played in during the 2020 Euro Qualifiers and what the outcome was of each game:

In the breakdown above we can see that Finland has coped relatively well in the Qualifiers after winning 6 out of 10 matches and only losing four. This is a massive improvement on the 2016 Euro Qualifiers where they won three, lost four and drew three. Overall out of these matches Finland has netted 16 goals which is seven more than the previous qualifiers.

And to thank for the impressive goal difference in this season’s Qualifiers would be down to the skill and perseverance of the players who don the Finland kit with pride every time they step out onto the pitch. After reviewing the performance of all players during the 2020 Euro Qualifiers, here is the strongest player on the team along with the number of goals he contributed to the total of 16:

As we have seen how they are performing at the moment, here we are going to look into how they have coped historically in national tournaments:

Finland have yet to of qualified for a UEFA European Championship or FIFA World Cup, so by reaching the group stages of the 2020 Euros, this is a considerable achievement for the national team. 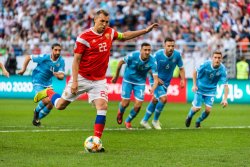 Performance of the Russian National Team

And last but not least we are going to look into the performance of the Russian national team during the Euro 2020 Qualifiers. Here we have listed all 10 matches in which they participated in during the qualifiers along with the results:

In the bullet points above we can see that they have won 8 out of 10 matches with only two losses which were to Belgium who are also in Group B with them. During the Qualifiers, Russia managed to net 33 goals which is a considerable difference to their 21 goals in the 2016 Qualifiers. Could hosting the 2018 FIFA World Cup be the motivation that Russia needed to improve their on-pitch performance?

Helping to contribute to the 33 goals scored in the 2020 Euro Qualifiers were the top players listed below. Wearing the Russia kit with honour, these players are doing a superb job at helping the team progress in the Euro 2020 tournament:

Russia won the 1960 European Championship and came second in the 1964 and 1972 but, were knocked out in the 2016 Euros which was the most recent European Championship. However, they secured a place in the quarter finals during the 2018 World Cup so we could expect them to go quite far in the upcoming stages. 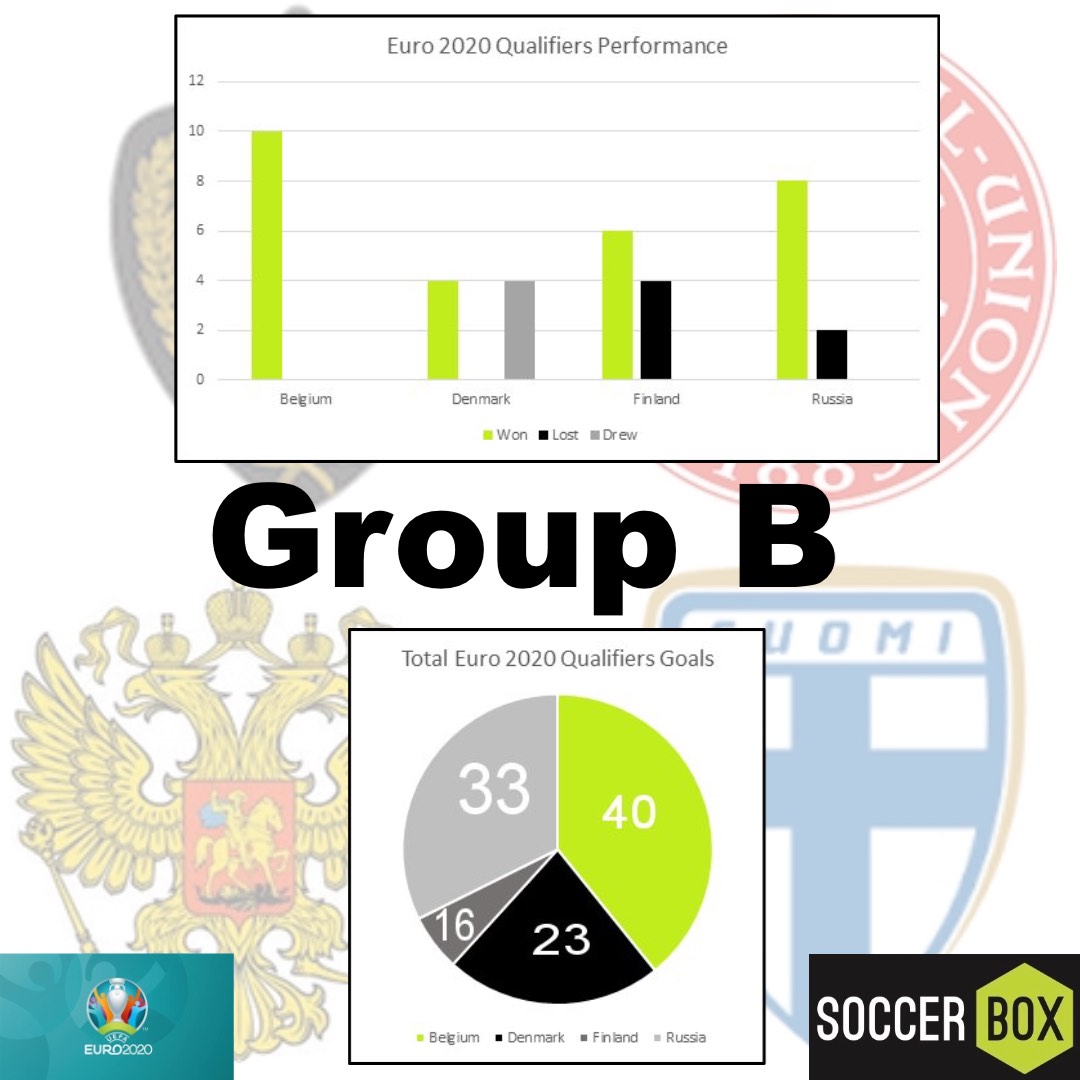 Throughout this blog post we have looked into the individual performance of all four national teams, but now we are going to see how they compare to one another. Below are the overall stats of each team from the Euro 2020 Qualifiers:

Looking at this breakdown we can see that Belgium and Russia are the two strongest teams out of the group with Denmark coming close behind them. But the appearance of these statistics could soon change as they battle it out in the group stages. Belgium and Russia have already gone head to head twice in the Qualifiers and Belgium won both games, so this could be a great indicator on how they will perform in the group fixtures.

And to get an idea on how FIFA sees the teams, we have also included their FIFA World Rankings to get a better look at how they fare in the tournament:

Who Do You Think is the Strongest Team in Group B?

In this article we have looked into the previous and current performance of all national teams in the Group B pool for the Euro 2020 group stages. Doing this allows us to get a better picture of who is the strongest team in the group and who will rise victorious in the group stage. Now we have given you all of the stats on Belgium, Denmark, Finland and Russia, we want to know your thoughts on this group. Let us know over on our social media pages and don’t forget that you can kit yourself out in this season’s Euro 2020 kit for your chosen national team on our online store – Soccer Box.