When the UEFA seeded teams for the Euro 2016 qualifying rounds in January 2014, the Netherlands were seeded third, behind Spain and Germany. The team's success at the 2014 World Cup only further affirmed their status as one of the frontrunners for Euro 2016-not just for the qualifiers, but also for the final tournament. Unfortunately, the Dutch had a disastrous run throughout the qualifying competition, losing five of their ten matches and ultimately finishing in fourth place in Group A-not even earning a spot in the playoffs.

Now, thanks to a post-qualifier friendly fixture with Wales, it seems the Oranje might have done considerably better had they been drawn into a different group. The Netherlands beat Wales 3-2 in a Friday, November 13th friendly, scoring a surprising away victory against a team that will feature at the European Championship next summer.

As the third-place teams from each of the qualifying groups battled for the final Euro 2016 spots, via a playoff round, the rest of Europe's national soccer squads met one another in friendly matches. For the Netherlands, the occurrence was rather awkward: the Dutch saw their hopes of qualifying for Euro dashed on October 13th when they lost a home match against the Czech Republic. To add insult to injury, the Oranje would be playing their friendly against Wales-the second-place team from Euro qualifying Group B. 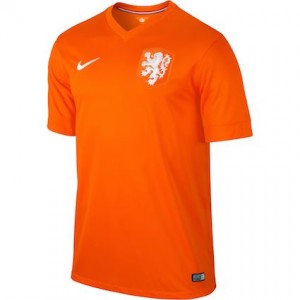 Wales enjoyed a markedly better record in the European Championship qualifying rounds than the Netherlands did, winning six of their games, drawing three, and losing just one. In comparison, the Dutch soccer squad won four, drew one, and lost five.

Still, whether it was the lack of pressure or an urge to prove themselves, the Netherlands looked more in control of the game on Friday than they did in almost any of their Euro qualifying endeavors. Starting with a 32-minute goal from Bas Dost, the Dutch visitors never once conceded the lead to Wales at Friday's match.

That's not to say the Welsh football team looked particularly 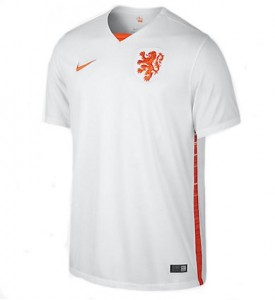 weak on the field. Though the Netherlands edged out Wales in terms of possession, the two teams fired back and forth at one another throughout Friday's match. The Welsh hosts equalized the score just before halftime, just 15 minutes after Dost's goal. And when Arjen Robben gave Oranje a 2-1 lead, just 10 minutes into the second half, it only took another 15 minutes for Wales to equalize once more.

The back-and-forth nature of the action kept the Wales-Netherlands game exciting, even though it was a deliberately low-stakes game. Ultimately, though, the Dutch football team's drive to redeem themselves was greater than the Welsh squad's goal to maintain the momentum they built in the qualifiers. At the 81-minute mark, Dost and Robben teamed up, with the former providing an assist and the latter scoring his second goal of the match. With time dwindling in the match, Wales simply didn't have the time to formulate a successful attack, and ended up losing the match 2-3.

Group A: A Tough Draw for the Netherlands?Â

The question now is whether the Dutch football team just played better with the pressure off, or they would have done better in a less competitive Euro qualifying group. Group A didn't include any major heavyweights, and certainly wasn't as stacked as Group D, which included both Germany and Poland.

However, Group D did include the Czech Republic, Iceland, and Turkey-three solid teams that got the better of the Netherlands in the qualifiers. The Oranje did manage a draw against Turkey in March but lost their other five games against Group A's top three teams.

By beating Wales, the Netherlands begged the question of how they might have fared in Group B. In B, the Welsh soccer squad finished second, two points behind Belgium and four points ahead of Bosnia and Herzegovina. How would the Netherlands have performed against that group?

What are your thoughts on the Dutch football team? Do you think they deserved to land a spot in next year's European Championship, or does their recent inconsistency call into question their overall quality in depth as a soccer squad? Pick up a Netherlands shirt 2015/16 from Soccer Box and find us on social media to share your thoughts! We are active on multiple social platforms including Facebook, Pinterest, and Tumblr.