27th April 2016. By Karl Matchett.
Paris Saint-Germain have already been linked in the global media with potentially pursuing a change in their management over the summer months, with Laurent Blanc having failed to mastermind a challenge on the UEFA Champions League this season once again.

Whether the French club do decide to dispense with the current boss or not, there is still likely to be an overhaul in one particular area of the playing staff: the attacking line, which has already lost one component and could see another two parts depart Paris this summer. Zlatan Ibrahimovic is out of contract and has given no assurances that he'll remain in place, while Edinson Cavani has been strongly linked with a move away after two years of playing on the flank rather than centrally. Add in Ezequiel Lavezzi's mid-season departure and PSG will clearly have spaces in attack to fill, as well as potentially three big wages off their payroll.

With that in mind and considering Angel Di Maria, Lucas Moura and young forward Jean-Kevin Augustin as likely to stay, here are three players the Ligue 1 champions should be strongly considering to bring back the power and goals they'll lack if Zlatan and Cavani depart.

A striker might turn out to be the main priority, but finding effective wide forwards who can cover as a striker in the middle and still play the vast majority of games as a support act will be a tricky balancing act to pull. Cavani has, despite indifferent form at times, been a key tactical component for Blanc and PSG need to replace that aspect of the front line too.

Napoli's Lorenzo Insigne has shown over the past few seasons that he can be a real menace from the left flank, cutting infield or attacking the back post to great effect, but also being a player who can create chances for others. He has scored 12 and assisted 10 in Serie A this season; only five players have netted more goals and only Paul Pogba has created more.

He won't come cheap, but since when has that mattered to PSG? The 24-year-old can't really go any higher in his home country unless Juventus come calling, so a move to a super power in Europe should be a good next step.

A second option from Italy, and an attainable one. Carlos Bacca has scored 15 this season for AC Milan despite the team looking largely poor and unstructured, changing manager and lagging outside Italy's top clubs once again.

Already a proven goalscorer with Sevilla in Spain, Bacca would comfortably net over 20 a season for PSG and give the team a verticality to their play that Zlatan does not, stretching opposition defences and leaving spaces in front of the defence which the likes of Di Maria, Marco Verratti and Javier Pastore have shown themselves adept at exploiting.

Bacca's pace and direct running into the channels provides an out-ball when PSG need to play counter-attacking football against Europe's top sides, clearly something they lacked against Manchester City and Real Madrid this season, while still providing them with a 'killer' inside the penalty box.

At 29, Bacca isn't exactly a five-year option to lead the line into his mid-30s in the way Zlatan has proven to last, but he would be a fine reference point for the attack and be a player the crowd could get behind with his goalscoring exploits and European trophy record.

One of the big surprise success stories in Europe this season is Leicester City, with Riyad Mahrez one of the team's major attacking threats with his dribbling, pace and penchant for shooting whenever possible. In terms of replacing Lavezzi, PSG will want someone who won't necessarily be a guaranteed starter every week, but has the pace and direct style of play to trouble defences whether starting or off the bench.

Mahrez, not the biggest name in the game despite an excellent season with the Foxes, would provide that type of balance between making a step up to a bigger club, and not being such a huge acquisition that he'd almost be in the XI by default before stepping through the door.

The Algerian wide forward won't be cheap after the season he has just had, but Leicester are unlikely to stand in his way and prohibit him leaving to join a much bigger club if their asking price is met.

Mahrez certainly has the impact ability to force his way into being a regular starter for PSG if utilised well by the manager and would be hugely likely to outscore Lavezzi too, providing PSG with another upgrade to their squad compared to this season. 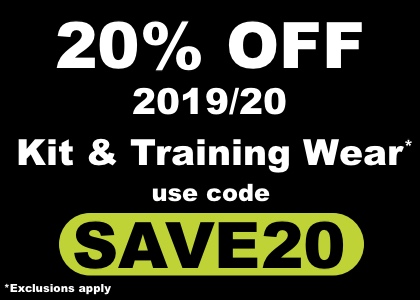