Next in our series we are investigating who the highest paid players are in the French Ligue 1. Throughout our research we have discovered that the top 10 players based on weekly wages in fact all play for Paris Saint-Germain who are the leading club in the Ligue 1 and their list of high flying players could be the reason why. We are going to explore these players further throughout this blog to see if they are worth the club’s investment.

10 Footballers in Ligue 1 With the Highest Weekly Wages 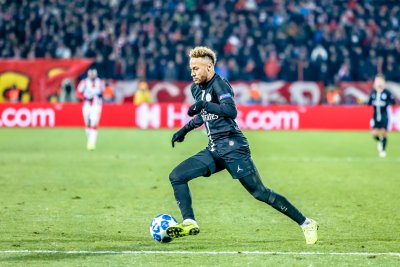 In 2017/18 Neymar made his transfer from Barcelona to Paris Saint-Germain for £199.8m which broke records for being the all-time highest fee for a transfer. Thriving with Barca alongside close teammate and idol – Messi, Neymar gained a lot of attention from clubs and PSG were prepared to foot the bill. During his time so far donning the Paris Saint Germain kit, Neymar has made 94 appearances, netting 74 goals, and making 45 assists.

Neymar’s style of play sees him prominently taking up the position of central striker as well as second striker, winger and attacking midfielder. His versatility is what makes him such a key player for the team as well as his explosive and energetic pace combined with his fine-tuned technique. He is most known for his rainbow kick as well as his creativity and ability to score with both feet as well as his head. 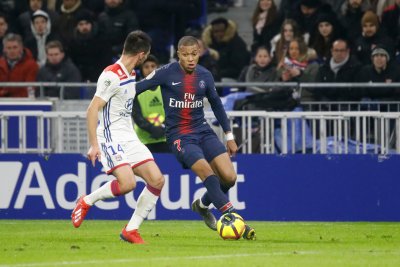 Mbappé was purchased by Paris Saint Germain in 2018/19 from AS Monaco for a fee of £130.50m which makes him second for the all-time highest costing transfer, tying with Barcelona’s Coutinho. After only being in the squad for two full seasons, he acquired the top scorer award in the Ligue 1 in both 18/19 for 33 goals and 19/20 for 18 goals. Currently Mbappé has made 135 appearances for PSG securing 99 goals and 58 assists so could be well on his way for a third top scorer award for 20/21.

Mbappé is most commonly seen in a winger position but can also play on either flank due to his ability to use both feet, but is often playing on the left wing so that he can cut into the centre with ease to use his stronger foot which is his right. He is most known for his elaborate feints such as step overs and sudden changes of pace and direction as well as his explosive acceleration, agility, and creativity. He can also make a competent main striker due to his composure, clinical finishing and his eye for a goal but is mainly used as a winger where he can create chances and provide assists from the right. 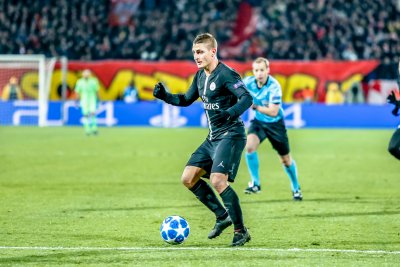 Verratti is often seen taking up the position of a central midfielder and playmaker and what makes him perfect for this role is his quick reactions and close ball control. As well as this, he expresses a great confidence with the ball and has the ability to retain his possession even in the tightest of spaces. Not only does he have good close control of the ball but to his low centre of gravity, but he also is superb with long passes to create opportunities for his teammates. Plus, Verratti also has the ability to control the temp of the play in the midfield area with his precise and short exchanges too. 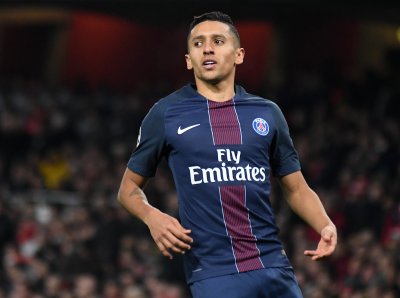 Marquinhos joined Paris Saint-Germain in 2013/14 for £28.26m from the Serie A team Roma. Since signing with PSG, Marquinhos has made 293 appearances on the pitch for the club, scoring 26 goals and making 7 assists.

Marquinhos’ most common position is central defender although he can also be used as a right back, central or defensive midfield role due to his ability to breakdown attacks and play the ball out or start off offensive plays from the back. He is mostly known for his anticipation, pace and intelligence during play which helps him to make decisive decisions with precision. Combined with his technical ability, composure and padding ability, Marquinhos is most certainly confident when in possession of the ball. 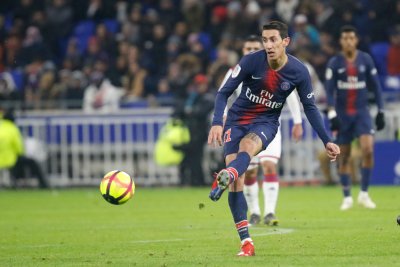 Ángel Di María was acquired by Paris Saint-Germain in 2015/16 for £56.70m from Manchester United. Since signing with the club, Di Maria has made 232 appearances for PSG and scored 86 goals and made 97 assists.

Di Maria is a very talented winger but can also competently take on the position of central attacking midfielder or can be positioned on either side due to his ability to play with both feet despite his more dominant left foot. He is also an effective playmaker as he has excellent vision, set piece delivery, passing, and crossing ability. Di Maria is also a superb assist provider as well as having the capability to score himself which makes him a great team player. He also is a highly accurate free-kick taker.

Keylor Navas made his move from Real Madrid to Paris Saint Germain in 19/20 for a fee of £13.50m. His is the highest paid Goalkeeper in the Ligue 1 and is considered to be one of the best goalkeepers in the world. Since he signed with PSG he has made 47 appearances on the field with 34 goals conceded and 27 clean sheets.

Navas is primarily known for his fast reflexes and agility as well as his superb shot stopping capability. He has a very strong decisive performance under pressure by carrying out difficult and crucial saves when it is needed most. Therefore, he is a great asset to the team as a result of his energetic and athletic nature.

Loaned to Paris Saint-Germain in 2019/20 from Inter Milan, after one season with the club, PSG decided to initiate his transfer for a fee £45m. During his time on loan and as a full member of the team, Icardi has made 39 appearances for PSG, netting 22 goals, and making 4 assists.

Icardi’s main traits are that he is quick, tactically intelligent, and physically strong with a fine-tuned technique. As well as these he is also accurate and efficient with his footwork which sees him placed inside the penalty box in a central area so that he can operate as an efficient finisher with both his head and feet. However, in recent seasons he has been used in wider positions where he can assist and create space in a wider area. He is mostly known for his ability to score with a minimal number of touches as well as being able to hold up the ball to create space and chances for his teammates.

Herrera was part of a free transfer between Manchester United and Paris Saint Germain in 2019/20. And since joining the Ligue 1 team, has made 37 appearances where he netted 2 goals and completed 2 assists.

Herrera is most commonly deployed as a midfielder as he thrives in a box to box combative position. He is known for his elevated energy on the pitch and his accurate passing ability. Herrera also possesses tactical intelligence which gives him the ability to read the game that enables him to take on other positions such as number six, eight and ten too. 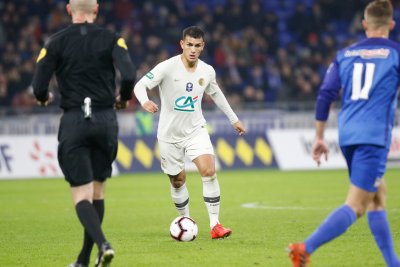 Paredes joined Paris Saint Germain in 18/19 after transferring from Zenit St Petersburg for £36m. And since he has been playing with PSG, Paredes has appeared 63 times netting 1 goal and making 3 assists.

Paredes is often deployed as a defensive midfielder, but he can also be used as a left central midfielder too. Although he is right footed, playing on the left as a midfielder allows him to be able to increase his passing options. He often uses more complex passing angles and feints against the opposition and loves to play deep to organize the game and dictate the tempo by tapping into his playmaking abilities. One of the key aspects of Paredes’ play is that he never pushes forward so that his teammates known they have a backwards play option. 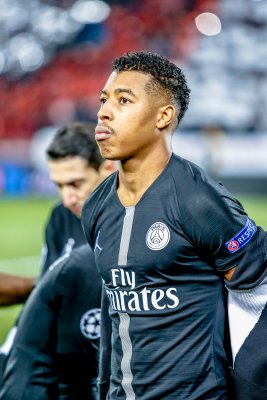 Kimpembe joined the Paris Saint Germain first team in 2015/16 after moving through the ranks as a junior and youth with PSG since 2011/12. Throughout his time with Paris Saint Germain, Kimpembe has made 152 appearances but only scored 1 goal and made one assist.

Kimpembe is commonly found in a defender and midfielder position with his strengths being a short pass to the wingers or central midfielders to start attacks. His passes have pinpoint accuracy so is able to start attacks from a deeper area of the pitch. Kimpembe also possesses a spectacular marking ability in which he gets close to the attackers to limit them so that they have no option to run out or pass to teammates. His level of anticipation is also what helps him with his marking as he is a superb game reader.

In today’s article we have delved into the performance and ability of each of the highest paid footballers in the Ligue 1. Let us know what your thoughts are on these players and their wages over on our social media pages, do you think they deserve their high wage? Don’t forget that you can also shop the latest Ligue 1 kit over on our online store and showcase your support for your favourite team and player today!