Did Wayne Rooney ever reach his full potential? 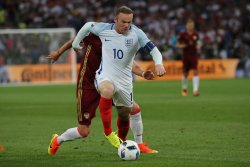 25th January 2017. By Ryan Baldi.
As Wayne Rooney struck a splendid stoppage-time free-kick to draw Manchester United level with Stoke City last Saturday, it marked a historical moment in the 31-year-old's career. The goal was his 250th for the Red Devils, making him the club's outright all-time highest scorer.

In doing so, he broke a high mark set by Sir Bobby Charlton over 40 years earlier, just as he had for England when he scored his 50th international goal against Switzerland at Wembley in 2015.

Yet, despite having scored the most goals in the history of both the England team and one of the biggest clubs in the world, some would still argue that Rooney never fulfilled the promise of his early career.

Bursting onto the scene as a 16-year-old with a stunning strike against Arsenal, Rooney shot to the nation's attention when he became the Premier League's youngest ever scorer in October 2002.

From there, he never looked back, almost immediately becoming a key player for the Toffees. Most Everton supporters had heard rumblings of a young forward destined for greatness while he was still an academy player, and his eight goals in the eight games of the Merseysiders' run to the 2002 FA Youth Cup Final ensured that few inside Goodison Park were truly surprised to see him thrive in the first-team.

The moment that really raised the bar in terms of expectations of Rooney's future greatness was Euro 2004. The then-18-year-old had taken the international stage by storm the year before, and was considered England's x-factor for the finals in Portugal.

In the opening fixture against holders France, Rooney was electric, completely undaunted by the occasion and the opposition. The way he tormented Lillian Thuram, one of the great defenders of his era, showed a level of confidence and swagger that had not been seen in an England shirt since Paul Gascoigne at the 1990 World Cup.

He didn't score on that occasion and England slipped to defeat thanks to two late strikes from Zinedine Zidane. But Rooney's momentum remained unchecked and he scored four goals in the next two group games against Switzerland and Croatia, ensuring England's place in the semi-finals.

Sven-Goran Eriksson's men faced the hosts in the first knockout round. When Rooney was forced off the pitch with what turned out to be a broken metatarsal in the first half, England's hopes went with him; defeat on penalties followed.

It was another routine quarter-final exit at a major tournament; a run which had become par for the course. But, this time there was fresh hope in the form of the fearless teenager. Rooney was seen as the man to lead this so-called "Golden Generation" of England players to greater glories over the next decade.

But there's no Ballon d'Or. No major trophy with England.

That seems to be the root of most people's idea that Rooney has underwhelmed somewhat in his career as a whole.

He will be remembered as a great for both club and country, but he never reached the heights achieved by Lionel Messi and Cristiano Ronaldo, a year-and-a-half younger and half a year older than Rooney respectively.

Can that really be held against him, though? Should Rooney be criticised for not reaching the level of two of the best players of all-time, let alone their current generation?

He never quite belonged in the same bracket as the Barcelona and Real Madrid stars, but he was only a notch below them at his peak.

And, in truth, Rooney's selflessness and willingness to put the team before his own individual interests played a major role in enabling Ronaldo to develop into the goal-scoring phenomenon he has become.

In Rooney's first few seasons at Old Trafford, he was considered a more vital player than Ronaldo, who'd move to Manchester United as an 18-year-old the year before.

Often viewed as a talented but frustrating showboater, the Portuguese winger wasn't as close to the finished article as the rough and ready Liverpudlian.

But, during the 2006-07 season, after United fought tooth and nail to hold onto him amid a media maelstrom due to his part in Rooney's sending off in the 2006 World Cup Quarter-finals, Ronaldo's raw talent started to become polished. The rough diamond began to shine with a new clarity.

Often Rooney was tasked with playing out wide to accommodate Ronaldo through the middle; the Englishman appeared more than happy to do the dirty work so that his blossoming team-mate didn't have to.

And it's only when you consider the amount of time Rooney has spent in positions other than his customary centre-forward role that his scoring record becomes truly impressive.

At first, he was playing as a support striker to master-poacher Ruud van Nistelrooy, tasked more with creating a supplyline for the deadly Dutchman than scoring himself.

Then, once van Nistelrooy had left for Real Madrid, Rooney was soon playing second-fiddle to Ronaldo, who'd laid claim to the free-kick and penalty taking duties to further augment his goal-scoring opportunities.

It wasn't really until Ronaldo, too, had departed for the Bernabeu that Rooney was restored as the focal point of United's attack. Deployed as an out-and-out No.9 for the 2009-10 season he broke the 30-goal barrier for the first time in his career, finding the net a total of 34 times in 44 games.

In 2011-12 it was a similar story, Rooney was trusted to lead the line and rewarded Sir Alex Ferguson's faith in his scoring ability by plundering another 34 goals, this time in 43 games.

But in the summer of 2012, Manchester United signed Robin van Persie from Arsenal. The Dutchman had himself recently found a new lease of life as a central striker after years out on the wing or in a No.10 role.

Rooney was again forced to become the support act. He hasn't scored 20 goals in a single season since.

On the international stage, injuries have hampered his performances at major tournaments.

In 2006, it was unclear whether he would recover from a foot injury in time to play at that summer's World Cup in Germany; he missed England's opening game and came off the bench in their next fixture against Trinidad & Tobago, but he never reached full match-sharpness and the Three Lions again exited at the quarter-final stage his frustration overspilled as he was sent-off against Portugal.

Rooney was England's top scorer during qualifying for the 2010 World Cup with nine goals, but an ankle injury on club duty curtailed his 2009-10 season in April, and he again failed to recover full fitness in time to give a proper account of himself at the tournament.

A suspension for a sending off in England's final qualifying match for Euro 2012 meant that Rooney would miss the first two group phase matches in the finals. He scored the winning goal against Ukraine in the final group match, but Italy sent Fabio Cappello's men packing via another penalty shootout in the quarters.

Much was made of the fact that Rooney had never scored a goal at the World Cup finals in the build-up to the 2014 competition in Brazil, but he put that right in the 2-1 defeat to Uruguay. Unfortunately, it wasn't enough to prevent a humiliating group stage exit. 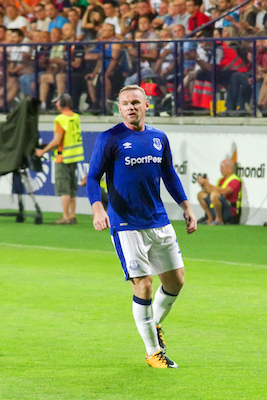 Whether or not Rooney has lived up to his potential is a debate without a true answer.

If you thought he would go on to become one of the best players of all-time, then perhaps he has let you down.

But, with his goals, individual and team honours, it would be entirely unfair to label him as some kind of failure.

It's obvious to all and sundry that, at 31, Rooney's best days are probably to or three years in the past. No longer a starter for United, he is now making a speciality of being a late-impact substitute.

Maybe he never quite reached the levels of Messi and Ronaldo, but Rooney should be remembered as one of the finest players of his generation, and one who put the collective aim before his own personal betterment.