Will Spain Win The Confederation Cup? 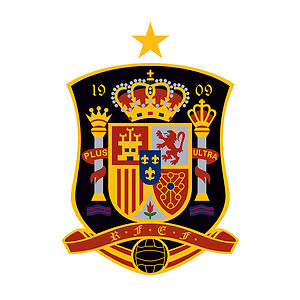 Last year's winners were Brazil who played brilliant throughout the whole tournament, the USA won second placeÂ and Spain grabbed third place as they played fantastically in their Spanish Kit. The cup was first hosted in 1992 and Spain are yet to win the cup. For this year's cup Chelsea striker Fernando Torres has been recalled to the Spain squad after being left out of most of the Spain fixtures so far. Torres, 29 has recently found his good form under interim boss Rafael Benitez. The former Liverpool hit man, who moved to Chelsea in a 50 million pound move, has only scored 15 goals in 82 Premier League appearances. However his recent form has picked up with the majority of his goals being near the end of the season, therefore Vicente Del Bosque's has picked Torres for the Spain squad.

Other popular players such as Swansea City's Michu have not been called up to play in the Spanish football shirt, Torres must take this tournament as his time to shine and show he is worth the many millions paid for him. Teams taking part in this year's confederation cup include Brazil, Spain, Uruguay, Japan, Nigeria, Italy, Tahiti and Mexico. Many of these teams have some very skilled players. Throughout the tournament we will see players such as Fabregas, Neymar, David Villa, Xavi, Juan Mata and Iniesta; these are just a few players who have shown such great form recently.

Spain stand a good chance of winning the cup this year with so many skilled footballers in the squad. They may outplay some of the teams that would have beaten them four years ago in the cup. Back then they did not have such players and Brazil were playing with some very good footballers. Spain's first match will be against Uruguay on the 16th June, this match will be a test with the likes of striker Luis Suarez playing.

Spain have some fantastic talent lined up to play in their Spanish football shirts, we think they will do fine. What are your opinions on the squad? How do you think they will do? We would love to hear from you.

Emily writes exclusively for Soccer Box, here you can take a look through a wide range of Spanish football shirts.