The FIFA World Cup is a 4 yearly football tournament. It is the most watched sporting event around the globe.

Men's national soccer teams from all over the world compete to secure one of the final 32 places. 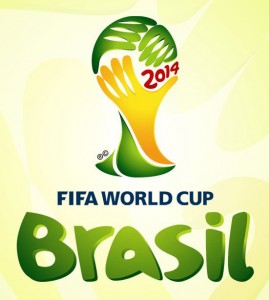 The next World Cup is being held next summer in Brazil, and promises to be one of the biggest events on next years sporting calendar.

In preparation many teams are now releasing their new World Cup soccer jersey.

Brazil 2014 will be the 20th World Cup. Winning this prestigious tournament is a true honor, only ever achieved by 8 teams over the past 20 tournaments.

Next years hosts Brazil are the most successful nation winning the competition on 5 occasions.

Italy has won 4 times, Germany has won on 3 occasions, Argentina and Uruguay twice, France, England and Spain have won once each.

The current holder of the World Cup is the Spanish national soccer team. They have secured qualification by finishing the qualification stage at the top of their group.The team that will wear the Spain World Cup soccer jersey are tipped to do well again but are as unlikely to retain the title of champions.

Currently hosts Brazil are favorite, with Argentina and Germany also in contention.

From the European teams 3 time winners Germany are the favorites. The brand new Germany 2014 FIFA World Cup home soccer jersey has recently been released by Adidas.

The traditional white kit has been modernised with a V shaped design on the chest, this includes a smart transitional design moving from dark to lighter red.

A 90 minute game of soccer is hugely demanding on the body, the fabric used within this kit is designed to work with the body's natural cooling mechanisms to help enhance performance on the pitch.

The fabric draws excess moisture away from the skin, and mesh panels increase air-flow to enhance cooling.

The brand new World Cup soccer jerseys will be designed by some of the biggest sportswear manufacturers, including Adidas, Nike and Puma.

Each of these brands football kits incorporate enhanced technology that is aimed to perform in the sporting arena.

As a keen football fan you can purchase your team's shirt from Soccer Box and benefit from these properties on the pitch or at the gym.

Of course the 2014 World Cup soccer jerseys need to look fantastic as well as having great sports properties.

Each of the competing countries has a traditional color scheme that their kits are designed around.

Some of the recent releases are among the best team shirt designs ever seen on the football field.

As well as some controversial choices such as an all red Spanish kit, as opposed the traditional navy blue shorts.

The rivalry between Nike and Adidas to secure the top football team kit deals is fierce.

Nike will be supplying World Cup soccer jerseys to 10 of the 32 finalist team's, Adidas and fellow German sportswear company Puma are supplying 8 teams each.

In addition to team kits Adidas has an exclusive deal with tournament organisers FIFA, this allows them to advertise throughout the competition, as well as supply the match balls and officials uniforms.

As the hosts Brazil receive automatic qualification for the 2014 World Cup. The team's new World Cup soccer jersey has been recently launched by Nike.

Since they beat Spain 3-0 in Brazil at the Confederations Cup they have been hot favorites to win.

The Brazil squad on home turf is a powerful force.

Their new kit is a fantastic design that lives up to the teams winning reputation. Currently 5 stars sit above the Brazil crest, can they make it 6?

Whether you are cheering for the hosts, the team that will be sporting the Germany 2014 FIFA World Cup home soccer jersey, reigning champions Spain or any of the other 29 qualified teams it is sure to be an enjoyable event.

Check out all the team's kits online at Soccer Box!

Which team do you think will win Brazil 2014?

What do you think of the Germany 2014 World Cup soccer jersey?

Get Ready For Kick Off And Order Your World Cup Soccer Jerseys Online At Soccer Box.