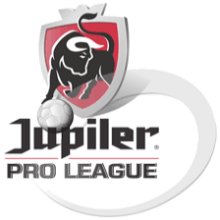 Here you can buy a range of Belgian Pro League Football Shirts and Accessories for your favourite team. Whether you are a devoted supporter of Anderlecht, Club Brugge or Standard Leige, we have a shirt to match! Available in a range of sizes, you are guaranteed to find the perfect fit for you or your loved one. Show your pride for your number one soccer team from Belgium today and place and order with us. And by taking advantage of our speedy worldwide delivery, you order will reach your door in no time at all.

If it is Anderlecht, Club Brugge and Standard Liege merchandise you are after, we have a wide range of sportswear available for you to order at Soccer Box in this Belgian Pro League section. Use the menus to navigate between these teams in order see the full range of products that we stock.

History of the Belgian Pro League

The Belgian football league is conducted differently to other leagues in European football and operates a play-off system following regular season play. There are 16 teams that each play one-another twice. Following this the top 6 teams compete in play-off 1 for the top spot, and the other teams compete in play-off 2 with the aim of avoiding last place and relegation. It was in 2009 that the play-off format was introduced. Football fans have criticized this format along with some clubs. However, the Royal Belgian Football Association has persisted with the format.

Teams in the League

Since the inception of the top-flight of Belgian football 74 different teams have competed within the league. Of these there have been 15 different Champions. RSC Anderlecht is ahead of any other team in terms of titles won both pre and post the new league format. Overall Anderlecht has won 34 Belgian Pro League titles. Club Brugge, Union Saint-Gilloise and Standard Liege are the next most successful teams of all time with 14, 11 and 10 titles respectively.

We are supplied directly by the manufacturer and all Belgian Pro League football shirts or merchandise that we stock is official and licensed by the club. We strive to keep our prices low, our online shopping cart is secure, and we offer worldwide delivery options ensuring that your experience when ordering from us is hassle free.