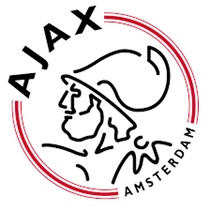 If you are on the hunt for the official Adidas Ajax Away Football Shirt, then you are in the right place. Below you can browse through our fantastic selection of Ajax away kit, including the new soccer jersey, shorts and socks. All of the products listed have been sourced straight from the manufacturer to allow us to validate the authenticity of our stock. Therefore, you can feel 100% satisfied when shopping with us today that you are guaranteed to receive the official shirt. Available in a range of adult and junior sizes, take a look through our vast range of sportswear now.

Colour Schemes Used on the Ajax Away Kit

Unlike the signature red and white appearance of the home collection, away kits do not seem to have a set look consistently throughout the seasons. Therefore we find that manufacturers have a wider scope of creative control when it comes to designing the away jerseys compared to the other range worn by the players.

Ajax has experimented with a number of colour combinations throughout the years working with Kappa, Umbro, Miro and Adidas. Below is a list of colours which have been used on the Ajax away football kits, whether they have been used for the base or accents, they are all listed below:

Although they are forever changing the look of the Ajax away kits, we find that a number of base colours are repeated. These common base colours from the list above are green, blue and black.

Notable Editions of the Ajax Away Shirt

As the Ajax away soccer kit is forever changing, there are bound to be some jerseys which fans adore as well as dislike. Therefore, in the list below we have mentioned the most significant football clothing items worn by the Ajax football players during away fixtures. These shirts are as follows:

The 1989/91 Ajax away jersey is one of the busiest appearances we have ever seen for the club’s kit. This top features red white and blue colouring; however it contains a mixture of designs. The majority of the shirt contains a diamond print in alternating colours and the top section of the shirt sees a blue base with thin white stripes. This jersey is most certainly one that will never be forgotten as the players definitely stood out during their fixtures. And some fans may take a dislike to the look as it gives the impression that the designers were unable to choose between the diamond pattern and the stripes.

Bringing the template of the home kit to the Ajax away strip, the 2000/01 shirt features a thick stripe down the centre as its main design feature. Opting for a yellow and purple colour scheme, they certainly didn’t disappoint with this alternative take on the famous look of the core collection. They have also continued this template into the away attire for the 2001/02 season; however this featured a cream base and brown stripe down the middle.

For the 2004/05 Ajax away shirt, this was bright yellow in colour with three orange stripes in the middle of the torso. However, these stripes faded out where the Adidas logo and Ajax crest were adorned in black. This was only the second time we have seen a yellow base colour for the away kit.

Featuring a blue base colour, the away shirt for 2012/13 is notable down to the fact that they included fluorescent green accents into the design along with a teal graphic. Navy has also been used as a base colour on the 2010/11 and 2014/15 Ajax away jerseys which were paired with yellow accents.

A bright green base colour was guaranteed to make the AFC away shirt for 2015/16 stand out. Complete with white and black accents, this jersey is most certainly a notable one as we have not seen a brighter shirt for the team.

And finally, their 2016/17 football shirt embraced a monochrome colour scheme by having a black base with grey sleeves and crosses down the centre. Another top which has mainly used a black base colour are the 2018/19 neutral colour scheme and the 2013/14 striped shirt with pink detailing.

Does Ajax Have a Third Kit?

Third kits are an essential part of a football team’s sportswear collection as they come in handy when the squad’s home and away kits clash with the oppositions. And therefore this is when a third design would be used in order to differentiate between the sides easier. However, when looking through the Ajax strips produced by Adidas, we can see that they do not currently have a third range. This proved to be difficult during their 2018/19 Champions League fixture against Benfica. Hosting the game, Ajax was expected to wear their home clothing, but unfortunately as Benfica wear red at home and white away there was a clash with the Ajax home kit. In this situation, as neither club had a third kit alternative measures had to be taken, and Ajax had to wear their away kit instead.

When playing matches away from their home grounds, you really get a feel for how a squad performs without the intense loyal backing of its supporters and a familiar pitch. However, when evaluating Ajax’s recent history with away fixtures, they have most certainly impressed. Acquired from the Champions League, KNVB Cup and the Dutch Eredivisie, below are the most outstanding results by the Ajax football squad to date.

Complete your order with us today and you will receive your top quality item of genuine authentic apparel rapidly. This is possible as we offer a fantastic array of shipping services which operate worldwide. Therefore you can be wearing your new Ajax kit in no time when you buy today.

To keep up to date with our reductions and receive priority access to sales, be sure to sign up to our newsletter to be kept in the loop.