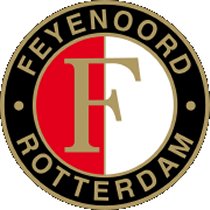 Welcome to the Feyenoord Football Shirts and Accessories shop at Soccer Box. Feyenoord is a Dutch football club based in Rotterdam. Feyenoord is one of the most successful clubs in the Netherlands and is one of only 3 teams to of played every season in the topflight Eredivisie since 1952.

Official Feyenoord football shirts and accessories are available to order now. The team has one of the most loyal sets of supporters of any team, and demand for their jerseys is huge in the Netherlands. Branches of the supporters clubs can be found worldwide including as far afield as Japan and South Korea. We offer worldwide shipping options enabling you to get a Feyenoord football shirt delivered anywhere in the world.

De Kuip is the home of the Feyenoord football shirts and accessories. The De Kuip Stadium opened in 1937 and is one of the most frequented stadiums in Europe. Not only do Feyenoord play their home matches at the De Kuip it is also used for UEFA European competition games. There has been much negotiation regarding a new stadium for Feyenoord football club. Grand plans were unveiled in the hope of building the largest stadium in Europe with a capacity of 130,000 however, due to financial issues these plans have been downsized significantly.

The De Kuip stadium is the iconic home of the team and their football shirts; the fans do not want a new stadium and have campaigned for the existing one to be redeveloped. However, a new 63,000 seat stadium is planned instead.

Feyenoord has won 14 Eredivisie titles; the most recent was in 1999. They also have 11 KNVB cups to their name. Success has also afforded Feyenoord within Europe; they won the European Cup in 1970 and the UEFA Cup in 1974 and 2002 amongst other achievements.

You can also shop for Feyenoord football accessories at Soccer Box such as a scarf for wearing or waving to show your team solidarity, use the accessories alongside the shirt to show you are a true fan. Football shirts and accessories are available for teams around the world. Use our category menu to view our extensive range of merchandise available for orders today.

If you are shopping for football gifts and souvenirs you are sure to find something suitable at Soccer Box. We stock football jerseys, accessories and merchandise for hundreds of club and national teams. Explore the store now and order your team shirt and merchandise using the secure online shopping cart.

FILTER
Shopping Options
Category
Price
Compare Products
Compare
Clear All
You have no items to compare.