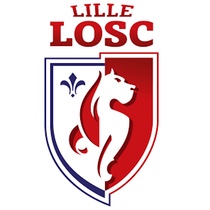 Welcome to the Lille Football Shirts and Jerseys store. This is your one stop shop for all things Lille. We have a wide range of official merchandise available for Lille LOSC including the ever popular home shirt and away shirt worn by the team for all of their French Ligue 1 and Coupe de France matches. The Lille shirts make a great gift for any fans of the club and are the perfect way to support the team whether you are wearing your shirt at the match or out and about playing soccer.

1
per page
Set Descending Direction
60%
OFF

Lille are one of France's most successful clubs and came into being through the merging of two of the nations league founding member teams. In the early years of the league they were outstanding winning two league titles and several Coupe de France trophies. They became only the second team to win three cups consecutively and have been victorious a total of six times in this competition. The club also added a third league title in 2011 and qualified for the UEFA Champions League in the 2011 - 2012 and 2012 - 2013 seasons.

Since 2012 Lille have played all of their home matches at the brand new, 50,000 seat Grand Stade Lille Metropole whilst wearing their characteristic red home shirt. The club crest which adorns all of the shirts is a split red and white design and both the Lille home shirt and away shirt represent this with classic designs in each colour that take their inspiration from historical football kits. The Lille away soccer shirt is traditionally white in colour and the club has also begun to wear a third football kit in black.

So, if you're shopping online for a Lille football shirt specifically or if you're a fan of the French football league then Soccer Box is the place to be. We have a large selection of football shirts, training kits and baby clothes along with official club merchandise and accessories for many teams worldwide. As a collector of official football shirts you may like to consider numerous other clubs, so use the category menu to navigate to your desired team. There are also large selections of cheap football kits and training kits available for the worlds top ranking teams.

You can easily browse through the remainder of our online soccer store and shop for more official merchandise besides the Lille football shirts and kit where we're sure you will find the perfect shirt. There are Premier League kits, international kits and national kits available for babies, youths and adults along with many more shirts and jerseys that can be personalised with official football shirt printing. Our international teams menu contains many jerseys and kits available for top European teams, for example, you could check out our Lokomotiv Moscow shop for alternative jerseys so that you can stand out from the crowd.