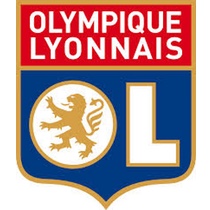 Thank you for shopping at the Lyon Football Shirts and Jerseys store at Soccer Box. Lyon officially known as Olympique Lyonnais is a French football club. They are one of the newer clubs established in 1950, but in recent years has run amok securing trophy after trophy. Shopping for the Lyon football shirt is a great way of showing your team support.

Olympique Lyonnais has risen to posterity since 2002 when they won the Ligue 1 for the 1st time in their history. This began a 7-year winning streak in which the team could not be knocked from the top of the French Ligue 1. This unprecedented winning streak has ensured the increasing popularity of Lyon football club. Olympique Lyonnais now enjoys the support of approximately 11% of all French football fans. The Lyon soccer jerseys are a popular site in France and throughout Europe.

Olympique Lyonnais has also enjoyed prolonged periods of European football. Playing in the Champions League has widened there sphere of support outside of France, and increased the demand for Lyon jerseys worldwide.

Adidas is the manufacturer of the Lyon football shirt. They produce the home and away shirts, as well as all the team’s technical apparel. The Olympique Lyonnais colors have always been red, blue and white. White is the primary color of the Lyon home football shirt. In the past Lyon has varied its home football shirt colors much more than many other team. Winning 6 of their Ligue 1 titles wearing a white shirt with a red and blue stripe has ensured the white shirts and jerseys are now a 1st choice.

The home of the Olympique Lyonnais football shirts is the Stade de Gerland in Lyon. This has been their home stadium since 1950 and has a capacity of 40,500. The Lyon shirts and jerseys will be relocating to a new home before 2016, the Stade des Lumieres is in the process of being built and is expected to be completed before the UEFA European Championship 2016 that is being hosted in France.

Lyon soccer jerseys are a must have purchase for any fan of French football. As well as Ligue 1 football shirts we stock an extensive selection of football shirts and jerseys for teams around the globe.

As well as supporting Olympique Lyonnais show your support for the French national team with a France football shirt also in stock now at Soccer Box.