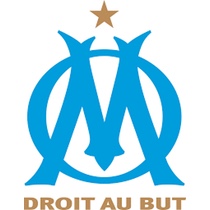 If you are looking for high quality replica apparel for your beloved soccer team, then this Olympique Marseille Football Shirt store is for you. Supplied direct from the manufacturer, we are proud to provide our customers 100% satisfaction through the clarification of the product’s authenticity. Therefore you are guaranteed to receive the real deal in men’s sizes small to xx-large when shopping here today.

You will also love our extensive variety of shipping services available on every order. Ensuring that your new football shirt is delivered direct to your door we use couriers such as Royal Mail, DHL and DPD to transport your purchases. So browse through our options available and find the best rapid method to suit your needs today and you could be wearing your Olympique Marseille jersey in no time!

After working with long term kit supplier’s Adidas, Olympique Marseille took the plunge and signed a new contract with Puma to start at the beginning of the 18/19 season. Rumoured to of cost 14million Euros, this new partnership with the German sportswear brand is expected to take them into 2023. And therefore Puma is set to produce the home, away, third and training kits for the Marseille team for the foreseeable future.

The main reason in which the club made the move was that Puma offered them a better deal. Adidas only offered the soccer team four years for roughly the same amount that Puma was doing 5 years for. So this is why the club decided to make the change as Adidas’ prices had increased from the current 10m Euros they were paying to the larger amount of 14m Euros a year.

Along with these two manufacturers the Olympique Marseille soccer kits have been produced by a wide range of companies. Their longest standing contract being with Adidas for 22 years before the swap to Puma, and prior to this they have worked together for 20 years from 1974 to 1994 making a collaborative amount of 42 years. And this is why the sudden move to Puma was a shock to supporters as Adidas has been such a significant part of the fan’s journeys with the club.

Along with having a refreshing and visually pleasing home kit and sportswear collection, Marseille also has a successful historic record when it comes to winning seasons. And this is why you should most certainly look into purchasing a new Marseille soccer jersey adorned with the club’s crest and pledge allegiance to this significant French football squad.

Their most productive tournament performance is within Ligue 1 and Coup de France. Ligue 1 is the top flight soccer league in the country and for the Marseille squad to lift the trophy 8 times is exceptional. Most of these achievements in the Ligue 1 tournament have been consecutive from 1988 to 1992. And within the Coup de France the team has acquired 10 trophies in total which is rather impressive and their last win was seen in 1989.

The success of Olympique Marseille is not just down to their classic styling of jersey and their avid supporters. It is also down to the impeccable performance by all of their players over the many seasons. Below is a list of the most significant Olympique Marseille squad members to of ever donned the signature white and blue home shirt on the pitch.

Therefore by shopping our vast selection of authentic replica jerseys, you too can feel like your idol. Channel you favourite Marseille player’s performance and stamina when wearing the official Olympique Marseille home shirt to your future training practices. Or become one with the squad and supporters and make this jersey a must-have item for your match-day apparel when visiting the Orange Velodrome.

Along with our high quality replica promise on all of our Marseille sportswear, you can also take advantage of our extensive range of shipping services to have your order delivered straight to your doorstep as rapidly as you need it. Therefore if you are running short on time for a gift for a loved one, look no further than our express international shipping options. So finalise your payment and buy yourself or your loved one part of the classic Olympique Marseille football kit today!

Stay in the loop and be sure to get the best deal available on your purchase by signing up to our newsletter. Giving you regular updates on our stock reductions along with exclusive discount vouchers, you do not want to miss out on fantastic deals like these, so subscribe now!

FILTER
Now Shopping by
Clear All
Shopping Options
Category
Price
Colour
Size
Compare Products
Compare
Clear All
You have no items to compare.