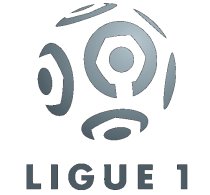 The top tier of football in France is known as Ligue 1, and is one of the top football leagues in Europe, hosting some exciting clubs and some of the best footballers in the world. Here at Soccer Box we are proud to stock a variety of official French Ligue 1 shirts and accessories. With teams such as Paris Saint-Germain, Lille, AS Monaco and Bordeaux to choose from there are plenty of options for the avid fan of French football. Our stock is available in a range of childrens and adults sizes therefore the whole family can wear their favourite Ligue 1 kit today.

With such variety of teams, Ligue 1 creates excitement and enthusiasm in football fans not just in France but also around the world. The popularity of French football is such that multi-million pound television deals have been reached for Ligue 1 broadcasting rights across the globe. Around the world you can catch-up with the latest French football matches and highlights, and here at Soccer Box we offer worldwide shipping options enabling you to get your favourite team’s shirt and other accessories. Take a look through our range of Ligue 1 jerseys and kits today and dress like your favourite player.

The top tier of football in France came into existence in 1932, but took the name Ligue 1 as recently as 2002. The league follows the traditional style that is seen across most of Europe and features 20 teams, that each play 38 games per season. The top team is crowned as champions while the bottom teams are relegated. Up until recently it was the bottom three teams, however, from the 2015/16 season it is two teams. To replace the relegated teams the top two clubs from Ligue 2 join the top division.

At the time of writing Saint-Etienne holds the record for most Ligue 1 titles with 10 trophies, they have however not won since 1981 and other teams are beginning to chase their record. Nipping at their heels is Olympique Marseille who have gained 9 titles and closely followed behind by Nantes with 8. Most recently, Paris Saint Germain and AS Monaco appear to be the biggest threat after successfully bagging themselves the latest trophies.

We are supplied directly by the football kit manufacturers, and only stock genuine merchandise. If you are looking for an official French Ligue 1 kit you are in the right place. Whether you are shopping for a Paris Saint Germain shirt, Monaco training jersey, Saint Etienne hat or you’re interested in the latest Toulouse jersey from Joma you can find a fantastic range of products in our online store.

Use the menus to navigate our Ligue 1 store, and remember if you need any assistance you can contact us by email or phone (during business hours), and one of our customer advisors will help you. Shop now for the latest French Ligue 1 jerseys and accessories before we sell out.