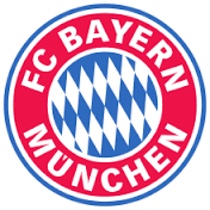 FC Bayern is undisputedly the most successful team in the history of German football, and they are currently in the midst of one of their most successful periods. In fact the 2000’s to date has barely seen Bayern Munich slip from the top-spot of the Bundesliga table. With such success the Bayern Munich jerseys are in high demand around the globe. Take this opportunity to pick up your official FC Bayern shirts, shorts, socks and kit, place your order online at Soccer Box.

Founded in 1900 Bayern Munich soccer club has a long and storied history, playing their way through the early leagues of German football they won their first German Championship in 1932. FC Bayern was not initially selected as one of the founding members of the Bundesliga in 1963, but won their place through promotion in 1965, this is when the real glory began.

Bayern Munich won their first Bundesliga title in 1968, and went on to win 4 more during the 1970’s. This is widely regarded as their most successful period as they also added four DFB-Pokal titles, and three European Cups to their tally. Of course, in the intervening years it has been rare for a season to pass in which Bayern Munich had no trophy to celebrate. The club holds the record for most Bundesliga and DFB-Pokal titles.

German sportswear manufacturer Adidas has a long and successful partnership with Bayern Munich as their shirts manufacturer. In fact, Adidas owns an 8.3% share in the club making it seem likely that this partnership is set to be one of the longest in football history. In 2015 the deal was extended to ensure that the classic 3-stripe Adidas logo will adorn the Bayern Munich shirts until at least 2030. The deal was worth an estimated £645m, proving the popularity of the club and their infamous jerseys.

Adidas is responsible for designing and producing the teams entire technical strip, which of course includes home, away and third shirt, shorts and socks, but also football training gear and accessories. We are a licensed Adidas stockist and you can shop for all the latest Bayern Munich kit and other merchandise right here in our online store.

As well as the most recent Bayern Munich shirts, look out for clearance merchandise, and be ready to pick up a bargain. From jerseys, shorts and socks to training kit and accessories we occasionally have excess stock, which we reduce in price. So check back frequently and look out for Bayern Munich special offers, and your opportunity to pick up a cheap soccer shirt.

The current Bayern Munich home kits are in high demand, so don’t delay and order your Bayern Munich football shirts today. You are shopping for official Adidas jerseys, our prices are competitive and we offer fast worldwide delivery options. So choose Soccer Box, choose your shirts and order online now, or call our helpful customer service team (during business hours) who will be able to help you.