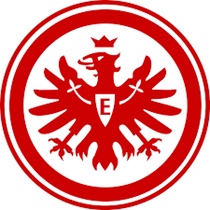 If you are looking for high quality replica Eintracht Frankfurt football jerseys for an outstanding price, then you have landed in the right place. Within our Eintracht Frankfurt football shirt store, dedicated to this Bundesliga team, you will find the new home and away shirt from the current season as well as previous seasons jerseys to suit a range of budgets. All have been supplied to us straight from the respective manufacturer so that we can validate their authenticity. So, have a look through our array of supreme Eintracht Frankfurt shirts today which can be purchased in men’s sizes small to xx-large. Shipping worldwide, we strive to ensure that customers across the globe can enjoy the feeling of donning their cherished team’s jersey without any restrictions. Therefore we offer an array of express delivery services for you to choose from at the checkout when shopping with us today.

In 2014 Eintracht Frankfurt signed a contract with Nike which was expected to cost around 3M Euros a year to produce their home, away and training ranges. However, they also incurred a further charge of 1M a season so that they could be supplied Nike equipment for the first and youth teams. And after 4 successful years together, they decided to renew their contract in 2014 for an additional 5 years. This will therefore see the infamous Nike Swoosh adorn the Eintracht Frankfurt football kit into 2024, meaning many years ahead producing high quality sportswear for the squad and replica apparel for fans.

During their current partnership with Nike, they have created a number of stylish and sleek soccer kits for the team. Expertly incorporating their classic black and white colour scheme and making it look fashionable on the pitch is something Nike has done excellently. Some of the most notable shirts they have produced for the club are the 2018/19 home kit. For this they took a gamble and introduced a black jersey with grey stripes. Although this wasn’t the norm for the Eintracht Frankfurt home shirt, this was a fresh and stylish approach to their signature colouring; therefore it was loved by many fans.

Before they signed this contract with Nike, this German soccer team has worked with a range of companies for a lengthy period of time. Their longest single partnership was with Puma, with whom they had a cross over with Fila during the early 2000s. This contract lasted for 14 years and they also had long term collaboration with Adidas of 13 years which also included links with Admiral and Erima. See below a breakdown of the manufacturers list:

Evolution of the Eintracht Frankfurt Shirt

In 1899 the Eintracht Frankfurt football team was created by the merger of Frankfurter FC Viktoria and Frankfurter FC Kickers. Both of these clubs had their own kits which paid homage to different aspects of their heritage. For example a black/red scheme was inspired by the city’s coat of arms and the monochrome style was influenced by the colours of Prussia. Therefore when the two teams merged they had to come to a decision on how their soccer clothing would now look. And this is where they then adopted a black and red stripe for the home and a monochrome away kit. They originally wanted a red and white home shirt, but this was very similar to their rivals – Kicker Offenbach, so they settled on red and black, but have also been known to have a monochrome home strip too.

The Eintracht Frankfurt players wear the crest on their chest with pride when sporting their home and away football clothing on the pitch. However, the eagle on the emblem is inspired by the one headed imperial eagle of the 13th century. And as of 2006, the team acquired a living mascot called Attila who is a golden eagle who resides in the Hanau Zoo nearby. Known as the ‘king of the air’ this good luck charm has even attended a DFB final with the team. The fans and players take great pride in the fact their emblem features an eagle as they represent pride, skills, beauty and instinct which is everything the players strive to have when they take to the field.

Why You Should Purchase an Eintracht Frankfurt Soccer Jersey

Currently playing in the Bundesliga, Eintracht Frankfurt was actually one of the original 16 teams who initially create the league. And the fact that they still successfully hold a place in this tournament is a remarkable part of history. Although they have been relegated to 2.Bundesliga a few times in history, they have always managed to maintain a secure spot in the top flight German league.

Along with this, they have also taken part in a large number of tournaments and walked away with lots of trophies. Their most recent win was the DFB-Pokal which was in 2018, however prior to this they had not lifted a trophy since pre-2000. Looking at the breakdown below, we can see that their most successful type of games are regional compared to international and national.

As all of our Eintracht Frankfurt stock is 100% authentic and have been sourced directly from the respective manufacturer in order to validate this. You can also find the Nike patch of authenticity applied to the shirts and other kit too. So put your mind at ease and shop with confidence knowing you are getting the real deal with your investment.

And thanks to our extensive shipping methods available you can receive your Eintracht Frankfurt shirt rapidly after despatch, wherever you live in the world. Don’t forget that you can also sign up to our newsletter to stay in the loop of when we have new releases, sales and them all important coupon codes to get you the best deals available.