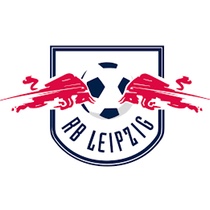 RB Leipzig has a short, but interesting history having only been founded in 2009 and now reaching the heights of the German top-flight Bundesliga. Poised for success the club is gaining in supporter numbers consistently, and we are now stocking the official RB Leipzig football shirts here at Soccer Box. Order your team jerseys while supplies last, but be aware stock is limited so don’t delay.

After much searching for a football club to invest in Red Bull GmbH found SSV Markanstädt in a small village near Leipzip. This area was seen as favourable for investment as it had a large population, a strong history of football but with no Bundesliga teams in the region. SSV Markanstädt agreed to sell its playing right to Red Bull and the rest is almost history!

A Swift Climb for RB Leipzig

The Red Bull portfolio includes four other clubs, RB Leipzig is unique in not actually including the company’s name in its title as DFB rules would not accommodate this. The clubs first season was played in the 5th tier Oberliga, with far-reaching plans to gain position in the Bundesliga within eight football seasons.

The first four seasons for RB Leipzig was a whirlwind of success, with promotion to the 2nd tier of German football for the 2014/15 season. The success continued with the club roaring into 5th place during their first season in the league and 2nd in the following season securing promotion to the Bundesliga for 2016/17. Will RB Leipzig be competing on a level with the likes of FC Bayern and Borussia Dortmund over the coming seasons?

During their first season RB Leipzig played at the 5,000 seat Stadion am Bad in Markranstädt. However, in July 2010 they moved to the Red Bull Arena (formerly known as Zentralstadion). The average attendances have soared from 2,150 in their first season to an astonishing 29,441 in 2015/16, their advancement to the Bundesliga is sure to entice more supporters wearing the RB Leipzig shirts to the 42,959 seat Red Bull Arena over the coming years.

Initially Adidas was the manufacturer of the RB Leipzig football kit, however in 2014 American sportswear company Nike took over in a deal that is expected to last until at least 2025. The team’s kit uses the Red Bull colour scheme, and offers a white home shirt with red and blue accents and of course features the Red Bull sponsorship logo. To date the away jersey has been blue with red and yellow highlights.

It seems that RB Leipzig is set to become a dominating force in the German Bundesliga. Whether you live in the local area and have supported the team from its 2009 foundation, or their swift success and promotion has garnered your interest now is the perfect time to pick up RB Leipzig football shirts. We are supplied directly by Nike, and you are shopping for genuine team jerseys. Our prices and competitive and we offer worldwide delivery options for your convenience.