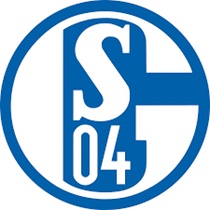 Welcome to the Schalke Football Shirts and Jerseys store at Soccer Box. Schalke is a German football team. They have spent most of their history playing in the German Bundesliga, with the exception of a few seasons during the 1980’s when they were relegated to the 2nd tier of German football.

Schalke has always been one of the biggest, best known and most supported teams in German football. The Schalke shirts and jerseys are extremely popular throughout Germany, but also within Europe and worldwide. The Schalke football jerseys and a selection of official team accessories are available at Soccer Box online now. Get a shirt and cheer on the team during every Bundesliga game.

Order Your Schalke  Jerseys at Soccer Box and Get it Delivered to Your Door!

Adidas is the manufacturer of the Schalke football shirt. Soccer Box is an authorized retailer of official Adidas products and you are shopping for the authentic Schalke soccer shirts and jerseys when you shop here. Your shirt is adorned with the Adidas logo and 3-stripes.

Blue is the traditional home color of the Schalke football shirt. The home shirt is the most popular of the team’s jerseys. Fans wearing the home football shirt fill the Veltins-Arena to capacity at almost every football game.

The Schalke home stadium opened in 2001 and is widely recognized as one of the best football stadiums in terms of facilities throughout Europe. The Veltins-Arena has a capacity of 61,673. Selling the majority of tickets for every home game is one of the best indicators of Schalke’s popularity in Germany and worldwide. Of course, sales of the Schalke football tops also show their popularity.

As well as the latest Schalke home football shirt we stock a selection of Schalke football accessories and merchandise. You can order your Schalke soccer tops with additional team accessories to further show your team allegiance on match day and every day.

Schalke has won a number of trophies since their foundation in 1904. The team and fans wearing the Schalke tops and jerseys have celebrated winning the Bundesliga 7 times, however, the most recent was in 1958. Schalke is long overdue another win. In recent years, the Bundesliga has been dominated by Schalke’s biggest rival Borussia Dortmund as well as Bayern Munich. More recent success has come in the German Cup and the German League Cup helping to ensure the Schalke shirts, jerseys and accessories remain popular throughout Germany.

In European football tournaments Schalke has also been successful recently. The Schalke football shirt was seen in the Champions League semi-final as recently as 2011. They won the Europa League in 1997 and the UEFA Intertoto Cup in 2003 and 2004. This international success has ensured that Schalke also has a consistent number of fans wanting to shop for the Schalke football shirts and jerseys worldwide.

The German Bundesliga is currently one of the most successful and entertaining football leagues in the world.Why not explore all the teams that we have in stock by simply using the menus to browse our store and pick up the football shirt of your favorite team.

Schalke football shirts and jerseys are available now with express and international shipping options when you order online!