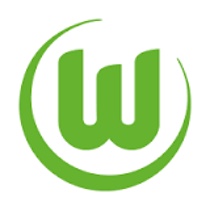 Welcome to our Wolfsburg Football Shirts and Jerseys page here at Soccer Box. Below is a selection of sportswear available for you to purchase from a variety of seasons in a range of sizes. Find the perfect gift for that Wolfsburg fanatic in your life right here! Offering rapid worldwide delivery, you are guaranteed to receive your order swiftly.

1
per page
Set Descending Direction
50%
OFF

Originally, in 1943 Wolfsburg had one soccer team made up of workers from the local Volkswagen factory. Two years after this during the aftermath of WWII a new club was started called VSK Wolfsburg who played in the famous green and white kits. Later that year, they had to rebuild the team and adopted the name VfL Wolfsburg. Vfl stands for ‘Verein für Leibesübungen’ which translates to ‘Club for Exercise’.

Situated north-east of the Wolfsburg city centre are the club’s grounds – Volkswagen Arena. Seating approx. 30K supporters, you are sure to see a vast range of fans dressed in the Wolfsburg home kit. Roughly a 1.3KM walk away from the stadium is the team’s training grounds in Allerpark.

Across their 72 years collectively playing as a team, Wolfsburg has acquired a number of trophies. Their most successful leagues where they won three times are Amateuroberliga Niedersachsen-Ost and Lower Saxony Cup. However, their biggest achievement of all was winning the German Bundesliga in 08/09.

Manufacturing the Wolfsburg Kit is Nike

Bringing their contract with Kappa to an early end, Wolfsburg signed a nine year agreement with Nike in 2016. Working together making the Wolfsburg home jersey and sportswear ranges for nine years will cost around €8M a season.

Wolfsburg has worked with a few different sporting goods brands over the years. Puma is the club’s longest single contract which saw them through 8 successful years. However, after they complete their partnership with Nike in 2025/26, they will have worked together for a collective amount of 13 years, thus overtaking the Puma contract.

Shopping for your Wolfsburg Home Shirt at Soccer Box

Here at Soccer Box we only stock the official Wolfsburg sportswear which has been shipped to us directly by the respective manufacturer. We have a selection of season’s jerseys available for you to order from us. Be sure to keep your eyes peeled for a fantastic bargain as we often reduce previous year’s stock.

Our helpful members of staff are on hand to assist you with all of your queries and issues regarding your order, so do not hesitate to give us a call during our operating hours. You can even make your purchase over the phone as well as online using our secure payment system.