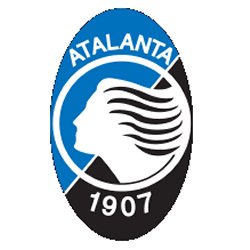 Welcome to the Atalanta B.C Football Shirts and Jerseys store here at Soccer Box. Within this page you will discover the latest sportswear adorned with your much-loved soccer team’s crest. Kit yourself out in the official apparel today right here and you can be wearing your new top in a matter of days when choosing from our fast international shipping methods at the checkout.

Back in 1903 the Atalanta soccer team was made up of Swiss immigrants and were known as Foot Ball Club Bergamo. Their choice of name was inspired by the female athlete of Greek mythology which is where their name ‘La Dea’ (The Goddess) comes from. However, the FIGC did not officially acknowledge the club until 1914 as they were unimpressed by the formation of the team. Soon after this, in 1924 the club merged with Bergamasca to make what we know now as Atalanta B.C (Bergamasca Calcio).

Atalanta finally managed to make it to Serie A after only playing in the FIGC leagues for 6 years, however they were unfortunately relegated after only 1 season competing. And since then they have moved between a number of Italian soccer league before eventually breaking back into the Serie A and maintaining their place in the tournament from 2011 to present.

As this club is made originally from two soccer teams, their design schemes have been combined together to create the signature black and blue stripes still seen today for their home shirt. As a result of this adopted colour scheme the club has earnt themselves the nick names ‘Orobic Nerazzuri’ (The Black and Blues). This jersey is then seen across the 21,300 seater stands at Stadio Atleti Azzurri d’Italia in Bergamo.

Promoted in 2011, Atalanta is now currently playing within the Serie A top flight Italian league. However, prior to this they took part in lower league tournaments and saw quite a few wins over the years. Below we have specified the leagues and the team’s achievement within them, as you can see their most successful time was during their stint in Serie B before their promotion. But since then they have not been able to lift the trophy in the Serie A.

Previously, Atalanta B.C players were wearing Nike teamwear kits, however as of 2017 they signed with Joma. Therefore Joma is expected to be producing the home, away and training ranges of Atalanta’s apparel for future seasons. But unfortunately, no details of this contract have been released yet so we aren’t to know exactly how long the club and the sports brand are collaborating for.

Before Atalanta B.C signed their contract with Joma, they have also worked with a variety of sportswear brands such as Lotto, Asics, Errea and Nike. Their longest standing collaboration was with Asics which lasted around 10 years. And we can see that they only wore the Nike teamwear for 3 consecutive seasons before signing with Joma in 2017.

Why buy your Atalanta Jersey from Soccer Box?

There are a number of reasons why you should purchase your new Atalanta B.C football jersey from us here at Soccer Box. And to just name a few, we offer an extensive variety of delivery methods which operate worldwide to get your order to your door as fast as you need it. Along with this, all of our stock is 100% authentic as it has all been sourced direct from the respective manufacturer to confirm their legitimacy.

We also regularly reduce previous season’s stock to give you an even better deal on your number one team’s apparel. As well as this, we also have exclusive discount codes available for you to use towards your order and also by signing up to our newsletter you will receive unique news and coupons.

As the Atlanta home shirt is sure to be a popular choice amongst supporters, we suggest that you get your order in quickly before it is too late. You can do this online or over the phone during our opening hours where our helpful staff will process your payment for you.