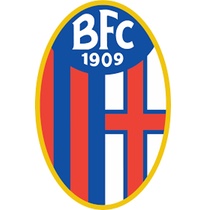 The clubs most successful period was during the 1920s and 1930s. Disappointingly they were relegated to the 2nd tier Serie B during the 1980s and 1990s. In 2008 the team finally secured promotion and the Bologna football team were once again seen in the Serie A.

Bologna football club is heavily supported in that region of Italy. It does not enjoy the vast European support that several other Serie A club receive however, it does have a small following of European and International fans.

Are you a fan of Bologna or a football shirt collector? The Bologna soccer jerseys are available to order while supplies last at Soccer Box. If you are a collector for football shirts and jerseys make Soccer Box your number 1 shopping destination.

We stock official football shirts for clubs and teams around the world. If you collect Italian football shirts browse our Inter Milan, AC Milan and Juventus stores where you will find a great range including the official home and away shirt, as well as training kits and related merchandise.

As well as Italian football shirts and jerseys explore our Premier League section, as well as other international shirts including those from the French, Spanish and German football leagues.

If you are Italian you may also want to shop for the brand new Italy football shirt that is also available from Soccer Box.

Order your Bologna football shirts and jerseys here. Use the express and international shipping options for fast worldwide delivery!

FILTER
Now Shopping by
Clear All
Shopping Options
Category
Price
Size
Season
Compare Products
Compare
Clear All
You have no items to compare.