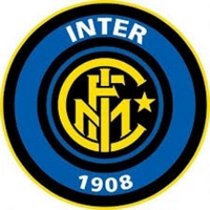 Are you shopping for the new Inter Milan football shirt, shorts, socks and other merchandise? Yes! Then you are in the right place. Here at the Inter Milan football kit shop we have all the latest and official Nike products ready to ship straight to your door. We are supplied directly by Nike guaranteeing that you will get the official Inter Milan jersey, shorts and socks. We stock adult sizes S-XXL, junior sizes for kids age 8-15 years as well as the fantastic value little boy’s kit that includes the football shirt, shorts and socks in one great set, this is suitable for children age 4-8 years. Stock is limited though so order your Inter Milan kit and accessories before we sell out.

In the current climate of big money football kit manufacturing deals, Internazionale and their long-standing kit deal with Nike is becoming a rare entity. In fact, American sportswear brand Nike, and their signature Swoosh logo, has partnered with Serie A club Inter Milan since 1998. In 2013, Inter Milan and Nike signed a new 10-year agreement for the manufacturer of all of the teams, match-day kits, training gear and accessories, this means that the iconic Nike Swoosh is likely to adorn the Inter Milan shirt until at least 2023.

Prior to partnering with Nike, the Inter Milan soccer kit has been manufactured by several other sportswear brands. We list these below alongside the years that those kit deals were active:

Of course, the infamous black and blue stripes of the Inter Milan home shirt make it the most sought after of the team’s kits, and you can shop for your home jersey here at Soccer Box. We also stock away and third shirts, training gear and official Nike accessories enabling you to kit yourself and the whole family out in the newest Inter Milan strip.

Inter Milan is an Italian football club with a long and storied history. Internazionale was founded in 1908 and have spent their entire history playing in the top-flight of Italian soccer, Serie A, in fact they are the only team to have never been relegated. Over their long period playing Serie A football the wearers of the Inter Milan jersey have racked up a large number of trophies and accolades both in domestic and International competition. Here is a list of the leagues and tournaments won by Inter Milan and how many times they’ve won:

With their first ever trophy lifted in 1910, when they first won Serie A, it is clear to see that Internazionale are not just a short-term wonder football club, they have had repeated success over many decades, and spanning two centuries. This level of success has ensured vast numbers of supporters in Milan, throughout Italy and worldwide. Those supporters show their pride in the I Nerazzurri by purchasing and wearing the latest Inter Milan shirt, as well as other kit and accessories.

Since 2011 Inter has had a lull in terms of trophy acquisition. The period at the club has been rather unstable with an influx and exodus of management. In fact, from 2010 – 2017 the team had an unbelievable 12 managers, including current manager Luciano Spalletti who joined the club in June 2017. Since his arrival it seems that the fortunes of the Black and Blues may once again be on the rise. Watch this space as another Serie A title could be brewing for Inter Milan. Order your football kit to show support at every game.

Over such a long history, there are of course numerous examples of footballers who deserve recognition as part of the evolution and success of Inter Milan football club. Here we pick out a few names that we feel truly deserve a mention as some of the most notable players to don the Inter Milan strip.

Do you have a favourite Inter Milan footballer past or present? Why not share your opinion with us by looking us up on social media? Tell us who is your favourite and why, we love to hear from other passionate football fans.

It is our forecast that in the seasons to come Inter Milan football club will break free of their dip in performances and be back on the hunt for major trophies, in both domestic and International tournaments. Take this opportunity to order the new Inter Milan football kit while supplies last. We stock junior and adult sizes in the official Nike Internazionale shirt, shorts and socks. There are also bargains to be found on past-seasons Inter soccer kit in our special offers store. Order online using our secure payment processor, we offer standard and expedited shipping services around the globe. Should you need to contact us our customer service team are available during business hours by phone or email to answer your queries.