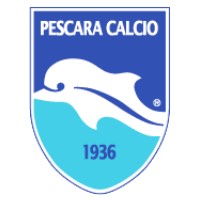 Just added to our online store we have the latest football shirt for Italian club Delfino Pescara 1936. Here in our Pescara jersey store you can shop the official Errea shirt in both kids and adult sizes. But hurry stock is limited, if it is the Pescara shirt that you want be sure to place your order before we sell out. We are supplied directly by Errea, guaranteeing that you will receive the official Pescara soccer jersey when you place your order with us.

Why Choose the Pescara Shirt?

Pescara Calcio 1936 is an Italian football club, since the 1970’s they have primarily resided in the second tier, Serie B. To date the Pescara jersey has been see in the top-flight Serie A for seven seasons, these are listed below.

As you can see Pescara has been promoted into Serie A relatively frequently, however with the exception of the 1987/88 season they have always only spent one season in the top-flight before being relegated again. Winning Serie B on two occasions; 1986/87 and 2011/12 are the biggest achievements of the club to date.

It is certainly a rollercoaster of good seasons and poorer performances when supporting Delfino Pescara 1936. However, supporters are loyal and passion for the club runs high. One off the best ways to highlight your team allegiance is with an official Pescara football shirt, that you can purchase here at Soccer Box.

Blue and white is the traditional home colour scheme for the Pescara kit. The majority of recent Pescara home shirts have featured alternating blue and white horizontal stripes. There have been a few alternative looks such as the 1992/93 edition that was white on top, blue at the bottom with a diamond pattern in the middle.

Pescara away jerseys offer a more varied colour scheme. Darker blue is most popular but yellow and orange shirts have also been used in recent seasons. Errea designs have been popular with supporters, truly reflecting the ethos of the club. In particular the 2012/13 away shirt in dark blue with light blue and white stripes to the right on the front and an image of a dolphin at the bottom was very popular.

Blue and white reflect the location of the club, Pescara Calcio is based in an Adriatic resort town well-known for its beaches. A dolphin is the club mascot.

Italian sportswear manufacturer Errea currently design and produces the Pescara football kit, training wear and accessories. This relationship between Errea and Pescara has been in place since the 2012/13 campaign.

2020 has seen Errea and Pescara cement their relationship, with an innovative kit design competition that was initially produced to alleviate the boredom of children being forced to stay at home during the Covid-19 lockdown in Italy. However, the success of the competition has seen it go viral with news of the winning design being reported around the globe. You can purchase your special edition Pescara 2020 shirt right here at Soccer Box in both junior and adult sizes.

If it is the Pescara jersey that you are looking for place your order while supplies last. The latest edition of the Pescara football shirt is proving to be very popular in both kids and adult sizes so click add to cart and checkout online now. You may like to consider signing up for our newsletter to ensure you get information on the latest shirt releases delivered straight to your inbox.