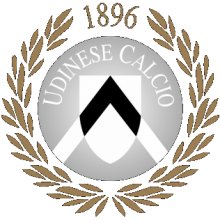 You are now viewing the Udinese Calcio Soccer Shirts and Jerseys store here at Soccer Box. Below you will find a fantastic range of football apparel adorned with your beloved Italian team’s crest. Show your support during for Udinese Calcio by picking up one of their official replica jerseys from our range of sizes S to XL within this page. Sourced straight from the manufacturer, you can be assured that the authenticity is assured.

1
per page
Set Descending Direction
35%
OFF

As part of the Udinese Society of Gymnastics and Fencing, the soccer team was first formed in 1896. However, in 1911 members of the Gymnastics group founded the A.C Udinese which them became part of the FIGC which is the Italian Football Federation.

When it comes to the Udinese home grounds, they played a considerable amount of matches at Stadio Moretti from 1924 to 1976. In 1976 the venue closed its doors which in turn allowed the club to migrate to a newer home called Stadio Friuli and in 1988 their old stadium was demolished. After 40 years in the Stadio Friuli, the venue was then part of a sponsorship deal with Dacia and therefore changed its name to Dacia Arena.

All across the Dacia Arena you will see an outstanding display of the signature black and white striped jerseys from across a number of years. And you too can join in with this awe of united support by donning one of the shirts we have available above.

Currently playing within the top flight league of Italian soccer – Serie A, Udinese Calcio has had to work hard to acquire this place. Therefore to showcase their achievements we have broken down the wins of the club in their various tournaments. However, with his most recent being in 2000, does this mean that there could be another win on the horizon or are they falling progressively lower and stuck in a losing rut?

In 2018, Udinese Calcio formed a partnership with Macron which is expected to last for six years, taking them to the end of 2023/24. From what has been released about this collaboration, Macron are proposed to be producing the technical sportswear for the first and youth teams along with affiliates and the youth academy.

Macron is sure to benefit greatly from this deal as they have already opened up a store within the Dacia Arena. As well as this, they have been assigned a considerable amount of advertising space within the grounds of Udinese Calcio home grounds. These two aspects combined will be sure to increase the visibility and exposure of the sportswear brand while promoting the home team’s kit.

Before Udinese signed their contract with Macron, they have previously worked with a number of sportswear brands who produced their sportswear ranges. Their longest collaboration looking at the date breakdown below appears to be with ABM which was for 6 years. However, they have also worked with manufacturers more than once, so when taking this into consideration they have been with Lotto for 7 years all together and with Diadora for 6.

Look no further when you are on the hunt for the latest and vintage Udinese Calcio jerseys. Supplied direct from the respective manufacturer, we strive to ensure that our customers are receiving the highest quality replica available. Therefore you can feel satisfied in the fact that you are ordering the official authentic shirt for your beloved team.

Catering for our customer’s needs, our vast range of delivery methods operate worldwide at rapid rates to ensure that your parcel reaches you as fast as possible. This means that you could be wearing your new Udinese Calcio home shirt in a matter of days!