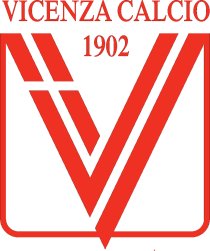 One of the oldest football clubs in Italy and the oldest in Veneto is Vicenza Calcio, which was founded in 1902. The club has spent much of its history in Serie A, but currently plays in the second tier of Italian football Serie B. We have now added the clubs latest jerseys to our online store, so take this opportunity to pick up Vicenza Calcio football shirts while supplies last at Soccer Box.

1
per page
Set Descending Direction
50%
OFF

Leagues of History at Vicenza Calc has spent much of their history in the lower divisions of Italian football, as an amateur club. They reached the top-flight Serie A in 1942, and completed six seasons in the top tier of Italian football before succumbing to relegation. In fact in 1947 they secured a 6th place finish before being relegated in 1948.

1955-1975 was the most successful period in the history of Vicenza Calcio, they consistently played Serie A football throughout this period. In 1975 the clubs fortunes began to dip, and relegation ensued. They flitted between leagues for several seasons but eventually dipped as low as Serie C1 - a cataclysmic drop of two tiers in three seasons.

In 1990 the club returned to Serie B and has since returned to the up and down status of promotion followed by relegation. Benefiting from changes in the Italian football league, and scandals not involving Vicenza Calcio they are currently playing in Serie B (as of 2016/17).

Many manufacturers have produced the Vicenza Calcio shirts over the years including several stints for Umbro, Adidas, Lotto and Diadora. Most recently Italian sportswear brand Macron has joined the list. Macron took over as the clubs kit manufacturer in 2012.

Traditionally the Vicenza Calcio home shirt features red and white vertical stripes. Macron has kept to this distinct look, adding modern necklines for a contemporary look that has proven popular with fans. We are supplied directly by Macron, and only stock official football shirts and kit. When you order Vicenza Calcio football jerseys from us you getting a genuine shirt, made to the highest standards, and with the latest Macron design and sporting technology.

We have only limited availability of the Vicenza Calcio football shirts so place your order online while supplies last. Take a look at the huge selection of kits we have available and make us your first stop for all Italian Serie A jerseys. We aim to keep our prices competitive and we offer worldwide delivery options. So wherever you are you can cheer on Vicenza Calcio as they aim to secure advancement to play Serie A football.