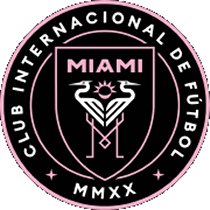 If you are on the hunt for the latest Inter Miami Soccer Jersey, then you are in the right place. Below we have a selection of football shirts adorned with the Inter Miami crest available in junior and adults’ sizes. Whether you are starting a collection or supporting your new favourite team, get your hands on one of these stunning shirts today while stock lasts. Sourced direct from Adidas our stock is 100% authentic and will be delivered direct to your door rapidly when opting for our speedy shipping method at the checkout.

Back in 2012 the MLS commissioner reintroduced the idea of an expansion franchise in Miami after the Miami fusion folded in 2001 and an expansion bid failed in 2009. David Beckham was presented with the option to purchase an expansion team for Miami for $25M after he joined the MLS in 2007. Beckham retired in 2013 and started speaking to advisors about the possibility of the Miami expansion team. Along with Beckham, Alessandro Butini (Italian financier) and Stephen M Ross (Miami Dolphins owner) also expressed and interest in the expansion team.

In 2013 it was announced by the MLS commissioner that Beckham and Simon Fuller (a British entrepreneur) would be the potential owners of the Miami expansion team. And later that month the Miami-Dad County commissioners voted to allow the Mayor to negotiate a stadium in downtown Miami for the expansion team.

Only a few months after this the league announced that Beckham and the investment group run by him which included Fuller and Claure (a Bolivian-American entrepreneur), would own the Miami expansion team granted the financing for a new stadium could be agreed upon. Originally the club was referred to as Miami Vice and Miami current in meetings with official and investors before they opted for the name Inter Miami in 2018.

2019 saw the club’s preparation for their 2020 MLS debut by recruiting former Uruguay national team player and CF Monterrey manger Diego Alonso as their head coach. Along with this in February 2020 Beckham signed a sponsorship deal with Qatar for £180m.

Like all MLS jerseys, Adidas is the dedicated manufacturer for the Inter Miami CF football kits. During the name unveiling in 2018, it was also announced that the colour scheme of Inter Miami would be black pink and white. And as we can see in the products above, the home shirt is primarily white with pink and black accents whereas the away colouring is black with pink and white accents.

When unveiling the name and colour way of the kit, they also launched their intricately designed crest. Paying homage to the city’s Art Deco architectural tradition, the crest contains two great white herons with their legs interlocked to form the letter ‘M’. In between the two birds there is an eclipse with seven rays which is a nod to the number football shirt previously worn by owner David Beckham. Another unique addition to the crest is in the surrounding circle the numerals MMXX are displayed after the club’s full name. These numerals represent the 2020 year which is the first season in which Inter Miami will play.

Like all Adidas kits, the footballs shirts contain moisture wicking technology which helps to bring the player-like feel to the fans. So, whether you choose to wear your new Inter Miami shirt to the game or while you hone your soccer skills, then you can benefit from a maintained fresh and dry feel.

Showcase your support for the new MLS squad by ordering an official Inter Miami soccer shirt from us today. All of our stock is sourced direct from the manufacturer to ensure that we are supplying our customers with the authentic kit for their favourite team. Pledge allegiance to the team as they debut this season by donning the striking pink, black and white kits today. Choose from men’s sizes small to xx-large and children’s 7 to 14 years and place your order with us now. You can checkout online using our secure payment system or give us a call and our helpful staff will process your order for you. Order today and you could be wearing your new shirt in a matter of days when picking our speedy international delivery service at the checkout.